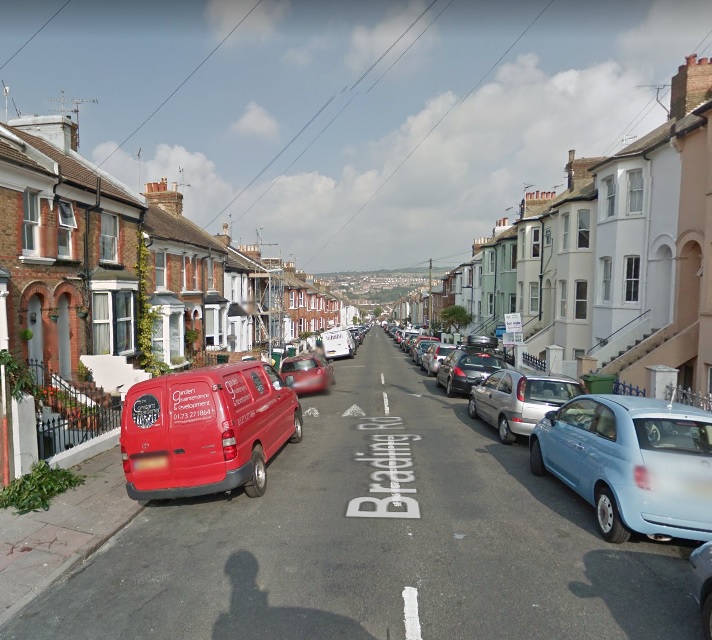 Brading Road, where four of the 18 houses served with enforcement notices are

The landlords of almost 20 shared houses in Brighton have been told to convert them back into family use since the beginning of the year as the council’s crackdown on rogue HMOs continues.

And the council has also won four appeals by landlords against the council’s decision to refuse permission to convert more homes into HMOs – after all four have already been converted.

Four of the 19 houses served with enforcement notices are in Brading Road off Elm Grove, an area which has experienced trouble with antisocial behaviour in the past.

In 2015, a man was punched in the face and hit in the head with a can of beer after he complained about noise from a party in Brading Road. This was not one of the houses served with a notice, but other partygoers told neighbours it was a student area so they shouldn’t be complaining.

The university subsequently banned students in two houses in the road from throwing any more parties. A suspect was identified, but police decided there was not sufficient evidence to prosecute and the case was later dropped.

Toxish Doyle, who lived in Brading Road when the assault took place, said she and her disabled mother had eventually been forced to move because of problems with student houses.

She said: “I don’t live there any more for the pure reason that shared houses destroyed the environment and made it unsafe to live there with my disabled mother.

“Every time I complained I was told it was a student area so I had no right to complain and that I should move! Finally we gave in. Luckily we were in a financial position that meant moving was just affordable.

“I just hope the couple of nice people I met student wise that really did respect the area don’t end up without housing. I’ve seen that happen before. The restrictions are a double-edged sword really.”

Councillor Julie Cattell, chair of the planning committee, said: “We are pleased the planning inspector agreed with our decisions. These HMOs did not create decent living space for their occupants.

“We would urge property owners to check whether planning permission is needed before going ahead with work as if permission is refused it could cost them thousands of pounds, both in legal costs and in putting properties back to how they were. The council also takes enforcement action when properties are not returned to their agreed use.”

An application to convert a first floor flat to a small HMO of five rooms and a kitchen at 33 Baker Street was refused but the works had already been done.

In considering the appeal the planning inspector noted that the kitchen could only comfortably hold two people at any one time while the ‘communal space’ for residents was a hallway with only room for a small sofa against one section of wall.

It was found that the communal area was being used to dry clothes and store items as there was not enough space in the rooms themselves.

The outdoor terrace at the property could only be used for part of the year and there was concern about increased noise and disturbance for neighbours.

In upholding the council’s decision, the planning inspector noted that the accommodation was of a poor standard and would be harmful to the living conditions of existing and future residents.

The planning inspector came to a similar conclusion at 33 Hallett Road, a semi-detached house in the Elm Grove area. This has already been turned into a six-bedroomed HMO to house students. The planning inspector agreed with the council that it does not provide satisfactory living conditions for those who will live there, and last week the council served a notice on the owners to cease use as an HMO.

Two properties, 33 Hillside and 2 Plymouth Avenue, in the Moulescoomb and Bevendean area of the city have permission to be smaller HMOs but have been turned into large (seven bedrooms or more) HMOs without planning permission.

The planning inspector upheld the council’s view that permission should be refused on these properties due to the inadequate internal space to provide acceptable living conditions. Both properties have recently had works to increase their size. One is an end of terrace house (Hillside), the other a bungalow.

Outstanding appeals against planning refusal for HMOs are currently being considered for 72 Brading Road (one of the houses served with an enforcement notice), 40 Pankhurst Avenue and 29 Southampton Street.

Reports on recent and current appeals will be noted by councillors at the 4 April Planning Committee.