A man pictured near where a woman was raped in Brighton has been ruled out as a suspect by detectives. 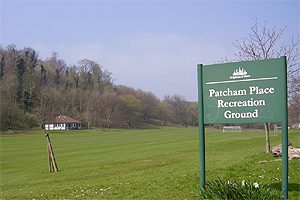 The man was filmed by security cameras at the BP garage on the A23 in Patcham, below the A27 Brighton bypass, Sussex Police said.

The day after local media published an appeal from detectives along with pictures of the man, he came forward.

And after comparing his DNA – or genetic fingerprint – with evidence that they already had, detectives were able to clear the man of involvement.

As a result Sussex Police issued a fresh appeal for witnesses to come forward as they try to find the man who struck near the cricket pitch at Patcham Place.

The force said that the man in the CCTV (closed-circuit television) images had provided a witness statement, adding: “Officers released CCTV from the BP garage in London Road in Brighton in a bid to trace a man they thought might have vital information.

“As a result he was located and his DNA was taken. He is not a suspect and has provided a witness account.

“On (Sunday) 25 June last year a woman was walking south along the A23 from the BP roundabout.

“While near to the cricket pitch, she was approached a man who tried to engage her in conversation.

“He linked his arm through hers and after walking beside her for a short while, he pushed her violently to the ground and threatened to hurt her.

“He then raped her before walking back towards the roundabout.”

Detective Sergeant Jack Sagar, from the Brighton and Hove Safeguarding Investigations Unit, said: “Thank you to everyone who shared the image and we now have a vital statement from the man who could be a key witness.

A month ago Detective Sergeant Sagar said: “We have carried out significant and extensive lines of inquiry in this investigation and we have forensic evidence that means we can confirm who was involved in these offences.”

Sussex Police added: “If you have any information, please report online or call 101 quoting Operation Attwood.”