A Brighton University payroll manager stabbed his boss to death after becoming obsessed with her, a court was told this morning (Monday 23 April). 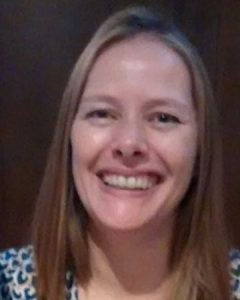 The jury at Hove Crown Court was told that he admitted manslaughter on the ground of diminished responsibility.

But Alan Gardner, prosecuting, said: “This was a carefully planned, premeditated, cold-blooded murder of a woman who was trying to help him.

”Far from being an irrational compulsive act that he was unable to control, it was a carefully planned murder.

”He feared that she had or was about to reject him. He killed Jill Howell out of jealousy.”

Browning, a married father of two, then tried to implicate Sean McDonald, a close friend of Miss Howell who had recently served as mayor of Worthing. He wrongly suspected that Miss Howell and Mr McDonald were in a relationship.

Mr Gardner said that Browning, who had worked for the university since 1989 and was Miss Howell’s deputy, turned to his boss when he became depressed after losing his father in October 2016.

Outside of work she volunteered as a Samaritan and she responded in a caring way when Browning seemed suicidal.

He went for a drink with Miss Howell in the months before her death and she cooked a curry for him at her home in Sandgate Road, in the Fiveways area of Brighton.

Browning sent her “inappropriate “ text messages. In one, he told her: “I adore you personally and professionally … I am there for you any time.”

And in another message he said: “I will continue to be inappropriate at times … every Jill needs a Dave.”

Mr Gardner said that Miss Howell had said to a friend that Browning had told her that she must never leave the university or get a boyfriend because he needed her.

Mr Gardner told the jury: “You may think that David Browning was behaving in a possessive, controlling and jealous way.”

Browning bought a shotgun, ostensibly to go clay pigeon shooting, and a lock-knife with a 10cm blade.

A week and a half before he killed Miss Howell he hired a van for three days, including the day of her death. In the van he stowed the shotgun and a change of clothes.

He drove the van from Seaford, where he lived, to her home in Brighton on Wednesday 25 October last year.

Mr Gardner said: “At some point during the course of the evening, he stabbed her in the back and delivered the blows that killed her.”

Browning stabbed Miss Howell 15 times – in her neck, chest and stomach – before driving to Brighton Police Station in John Street and handing himself in.