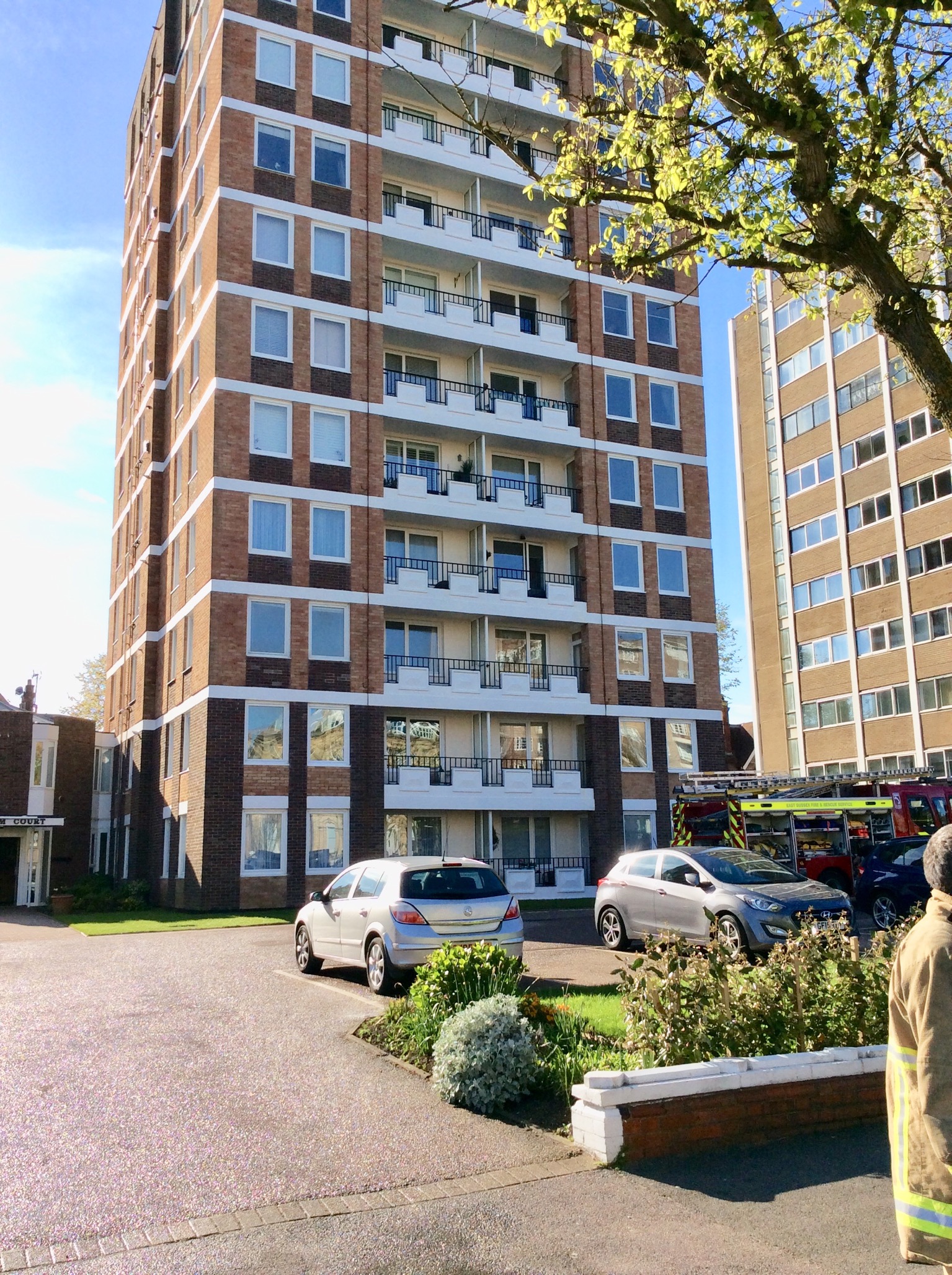 A high rise blaze in Hove yesterday was caused by a candle, East Sussex Fire and Rescue has revealed.

Six appliances from Hove, Preston Circus in Brighton, Roedean, Lewes and Shoreham were mobilised to the accidental fire at the sixth-floor flat in Grand Avenue, in Hove, at 4.16pm, along with an incident command support unit.

The occupant of the flat, where the fire was located, was not at home at the time but a number of residents left the building after hearing the automatic fire alarm. Others stayed put.

Firefighters wearing breathing apparatus tackled the fire, using two main jets, on the sixth floor of the building, as high-rise procedures were implemented.

Crews remained at the scene until 5.45pm and carried out a “hot strike” of the area, contacting neighbours to raise fire safety awareness.

Incident commander Tom Walby said: “What may seem a harmless ambient addition to your home, if left unattended, candles can result in a serious house fire, resulting in property damage, personal injury or even worse.

“We can’t stress enough how important it is to follow safety advice to avoid becoming a statistic.

“Some people are unaware that if you do not place a candle in a heat-resistant holder and on a stable surface that the heat can quickly burn through plastic, or other material, creating a fire which could quickly become out of control.

“Also, if a naked flame is placed too close to curtains or home furnishings then a fire can quickly take hold and rapidly spread throughout a home.

“It is especially important to make plans for situations where power to your home might be temporarily lost.

“While candles might seem the easiest option, there are safer options to manage light through a power cut by, for example, considering the use of battery-powered lights and torches.

“It is so important to remember to extinguish candles when nobody is in the room or when going to bed to ensure they have been fully extinguished.

“Also, it is imperative to fit a working smoke alarm to give you the best chance of escaping should there be a fire in the home.”

There were no injuries from this accidental fire and everyone safely escaped.