Brighton and Hove News caught up with Albion manager Chris Hughton on Wednesday lunchtime and the Seagulls boss was very complimentary about Albion fans. 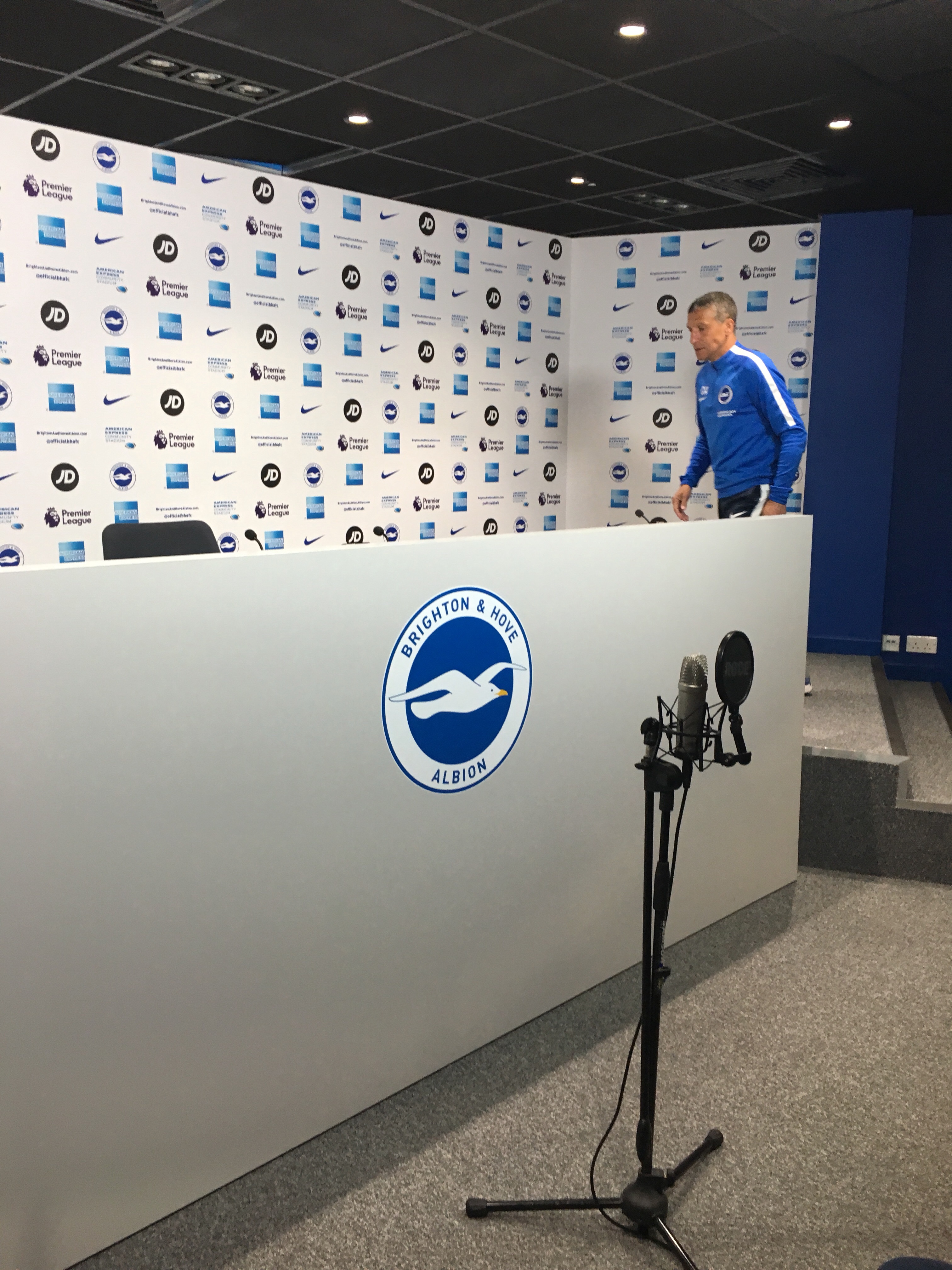 The Albion boss was aware just how long awaited and anticipated Friday night’s fixture against Manchester United is for the Albion faithful.

Hughton told Brighton and Hove News: “These (Premier League) games are challenging but very exciting for our supporters and I think that’s why they have been as vocal as they have.

“And our travelling support has also been excellent and they have travelled in huge numbers because this is what they have waited a long time for.”

Hughton also said how important it was for him to acknowledge the fans, remarking that the club needs “as many pluses as possible” and that the vocal support is really encouraging for the team.

Albion face Manchester United at home in the league for the first time since 1982, when a Peter Ward goal gave the Seagulls a 1-0 victory at the Goldstone, the day after Bonfire Night. It remains Brighton’s only win over United.

The Seagulls then played the most famous club in the land 10 years later in September 1992 at the Goldstone in one of the Coca Cola Cup – the name at the time for the League Cup.

A young substitute called David Beckham made his United first team debut on that evening in Hove.