Two electrical fires in Brighton within a few hours of each other have prompted a safety warning. 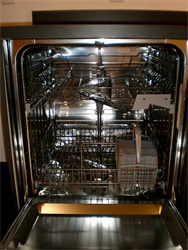 East Sussex Fire and Rescue Service said that the first fire happened on Thursday lunchtime in Whitehawk, followed by one in Ovingdea.

The fire service said: “Roedean firefighters were sent to a property in Wilson Avenue, in Brighton, due to a small electrical fire in a vending machine.

“A smell of burning was reported. Following an investigation by the crew and use of a thermal imaging camera, the power supply to the vending machine was switched off and the property made safe.

“Later on, that evening at 7.06pm, crews from Roedean and Brighton were sent to Greenways, in Brighton, after reports of a dishwasher fire, which was out on arrival.

“Firefighters ensured the property was made safe before leaving.”

The fire service said that its website included advice – and it reminded people that electric cooking appliances were the biggest cause of accidental house and flat fires.