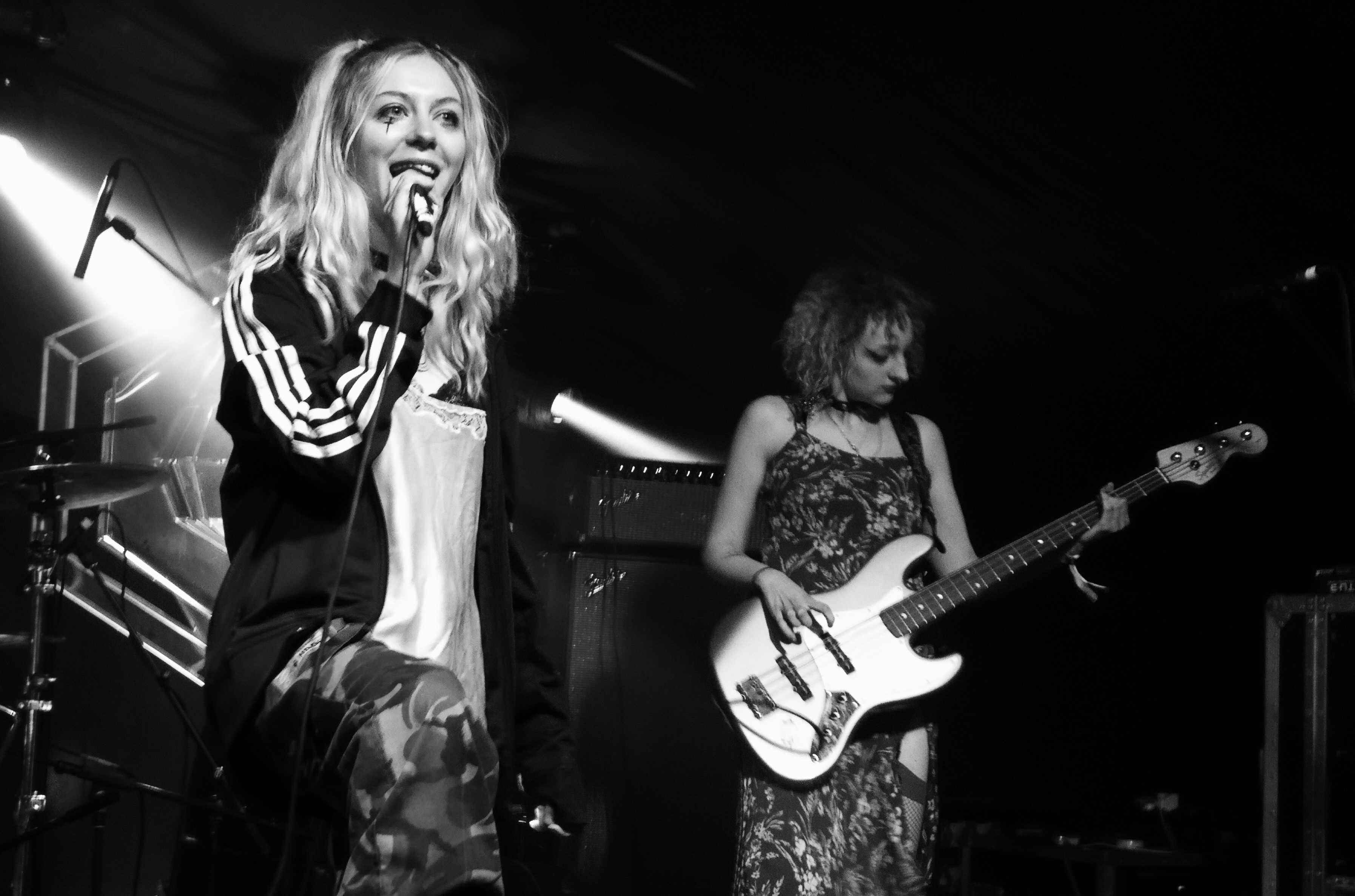 We suspect that (almost) everyone would have overlooked reporting on the bands performing at the delegates Beach Launch Party prior to the commencement of the official Great Escape. So we are in part aiming to address that imbalance. 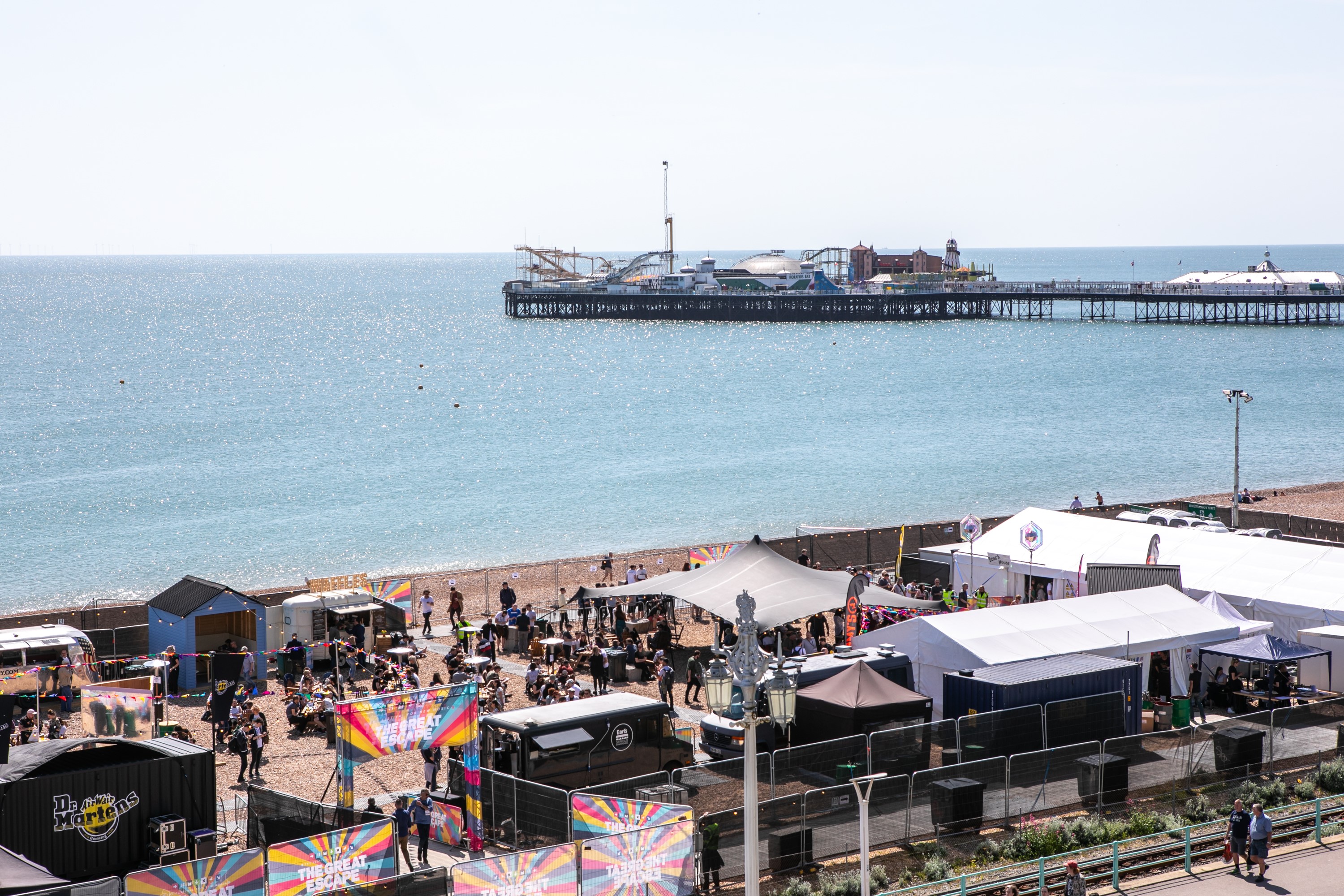 The Beach (pic by Victor Frankowski)

We hot-footed it from the Rialto, near the Clock Tower, in Brighton, where we witnessed a fantastic Fringe performance entitled ‘Hymns For Robots’, to Jubilee Square to collect our delegate passes and then we were off to Brighton seafront to the purpose built Beach Club to thankfully catch three of the six bands performing this evening – The Xcerts, Asylums and P*ssyliquor.

Sadly we had missed Valeras, Fur and Fiction Aisle, but we would be missing many more acts during the Great Escape, so we had better get used to it. Having said that, we did manage to see no less than 41 performances across our extended four days and we have the blisters to prove it and our phones confirmed that we achieved in excess of 100,000 steps!

P*SSYLIQUOR – Beach Club
Are you a fan of feminist punk rock and have The Slits and L7 in your record collection, then P*ssyliquor need your serious attention. Check out their potty mouthed debut 7” single ‘Get Out’. 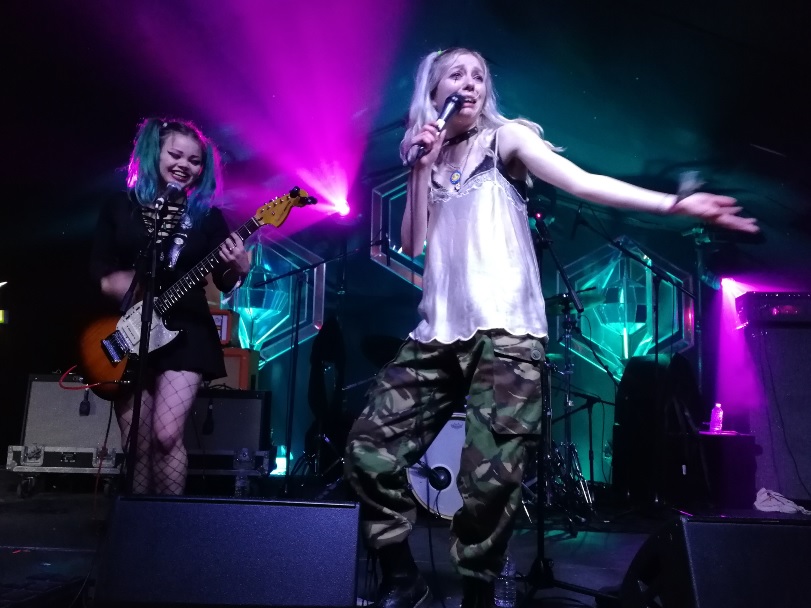 The lineup features Ari Black (Vocals), Victoria Lewis Piper (Drums), Hannah Villanueva (Guitar) and Tallulah Turner-Fray (Bass). They met up around two years ago via their degree courses with Access To Music Brighton and bonded over a passion for hard-core music and even harder core feminist beliefs.

As they say themselves state, they are “putting the amp in tampon and raising estrogen levels wherever they go”. With an average age of 20, they’re fighting a cause and celebrating what it means to be a woman. Their Beach Club performance was an assault on one’s senses and very enjoyable they were too. 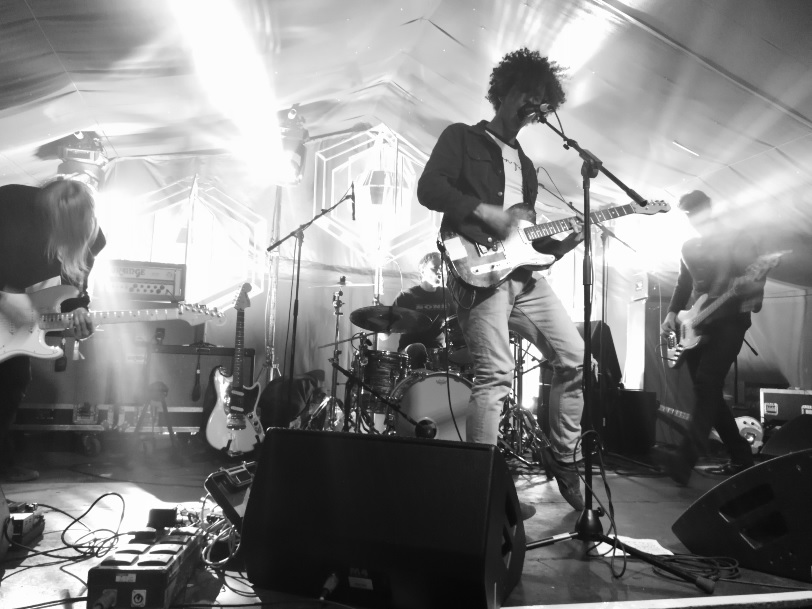 Their forthcoming new album ‘Alien Human Emotions’ (which is available on limited edition silver vinyl amongst its formats), sees the boys in a more mature grown up state, but still with vast amounts of outpouring of emotions – just like their Beach Club performance. Although the album arguably addresses the detachment to the world in general, when they perform live their energy filled the oversized tent. https://asylums.pmstores.co/

THE XCERTS – Beach Club
Top of tonight’s billing was Bruce Springsteen-esque trio The Xcerts, who are Murray Macleod, Jordan Smith and Tom Heron. These guys hail from Aberdeen and Exeter and compose emotional anthems driven by huge hooks and hard riffs, just like those created by Embrace, Tom Petty & The Heartbreakers, Bryan Adams and the aforementioned Bruce Frederick Joseph Springsteen. 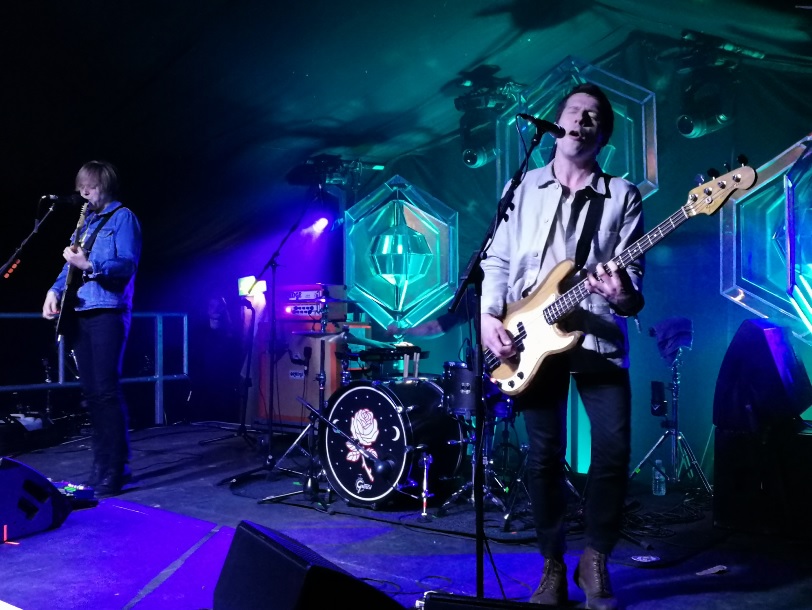 The Xcerts live at The Great Escape’s Beach Club, Brighton 16.5.18

In January these boys released their new album ‘Hold On To Your Heart’, which includes the singles ‘Daydream’, ‘Feels Like Falling In Love’ and the album title track. For the duration of The Great Escape, the Brighton & Hove News music team were looking after a music delegate from China and of all the bands that she witnessed at this years event, The Xcerts were her favourite. Maybe a tour of Chinese and British stadiums will be on the cards for these boys in the next few years? Who knows? http://www.thexcertsband.com/#firstPage 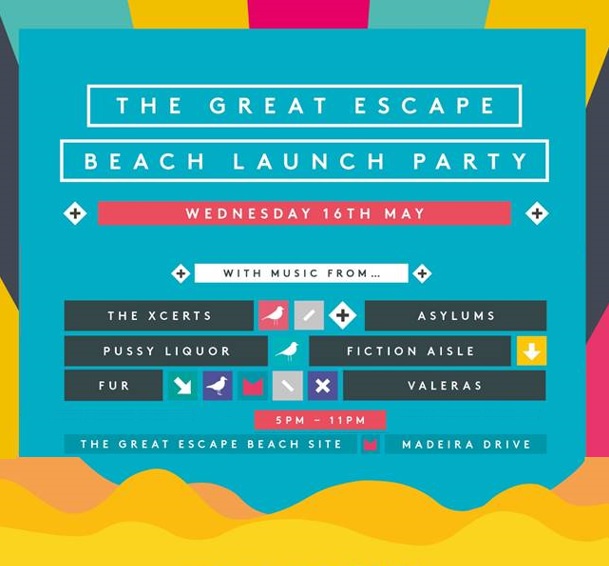