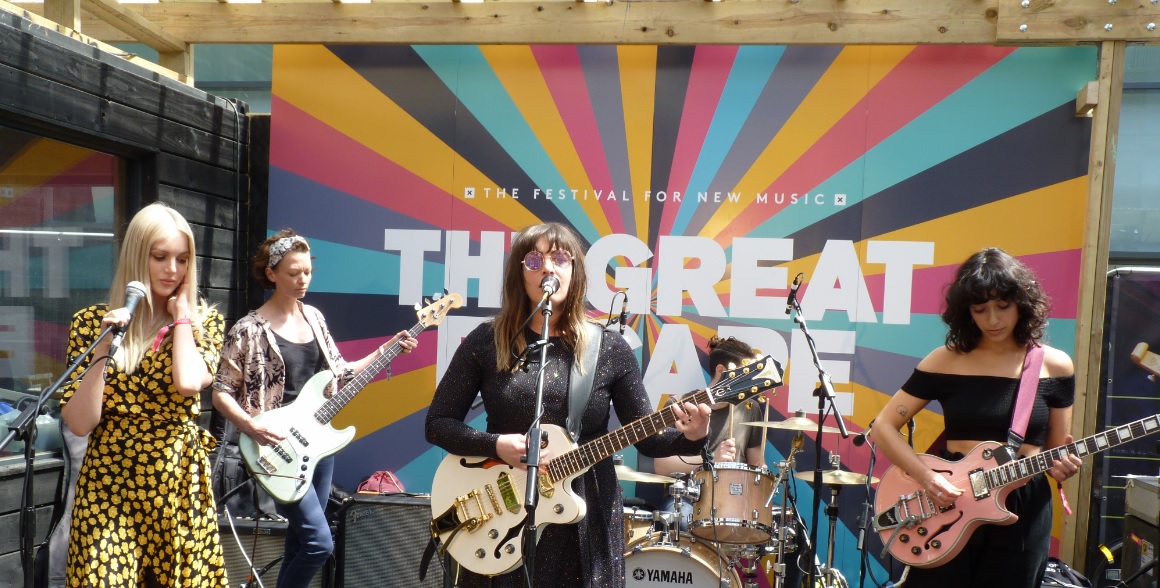 The third weekend of May 2018 might be remembered as the time when the nation got into the party spirit for the Royal Wedding, but the 20,000 music lovers and industry professionals who flocked to Brighton will undoubtedly also remember this year’s The Great Escape as the ultimate soundtrack.

20,000 people enjoyed over 700 shows by nearly 500 artists across more than 60 venues as the home of new music enjoyed its biggest year ever and set the agenda for festival season 2018.

Wednesday kicked off with the Education Conference before the new Beach House venue opened in style with blistering performances from P*ssyliquor and The Xcerts. 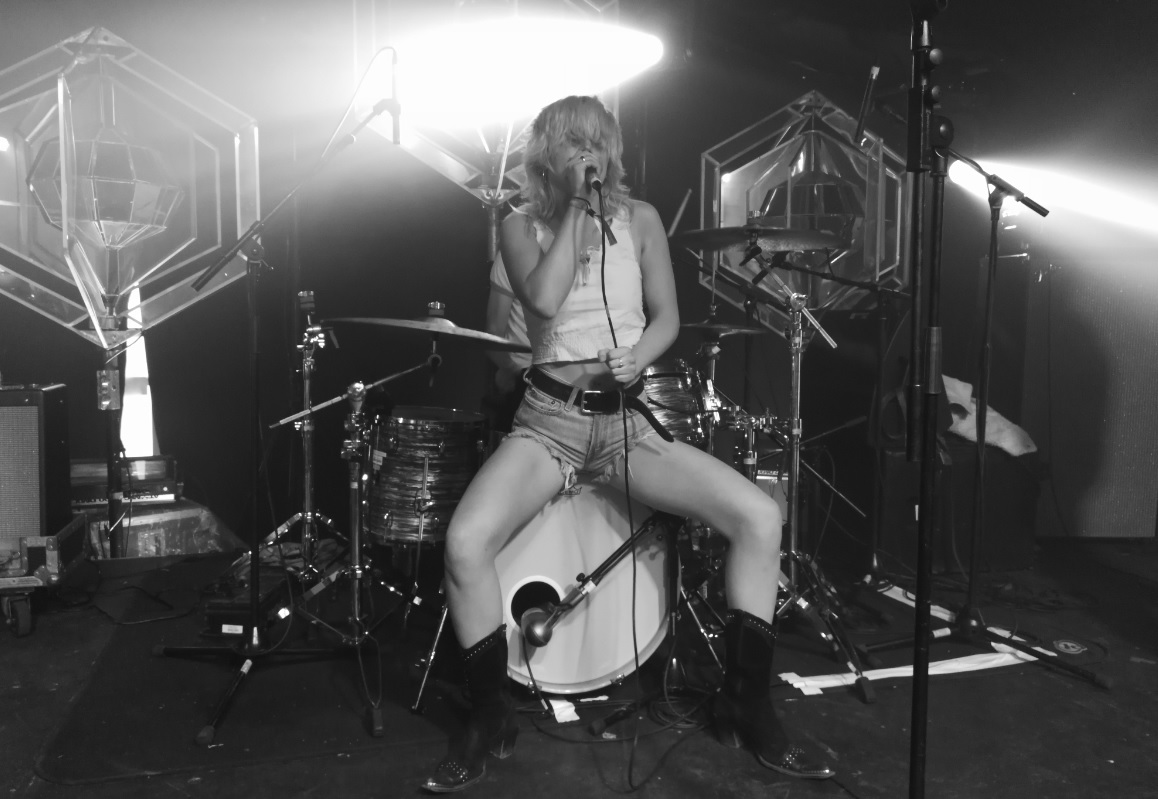 Amyl And The Sniffers – The Great Escape, Brighton 19.5.18 (pic by Nick Linazasoro)

Thursday was the Convention’s conference on Artificial Intelligence in music, taking in the impact of voice, data gathering, blockchain and more on marketing, listening habits, licensing, song-writing and monetisation amongst other things with a panel of experts including Imogen Heap.

The Great Escape’s In Conversation series also got off to a fascinating start, with insights and anecdotes from the likes of Kobalt’s Willard Ahdritz and producer Richard Russell on how Grime saved UK rap. 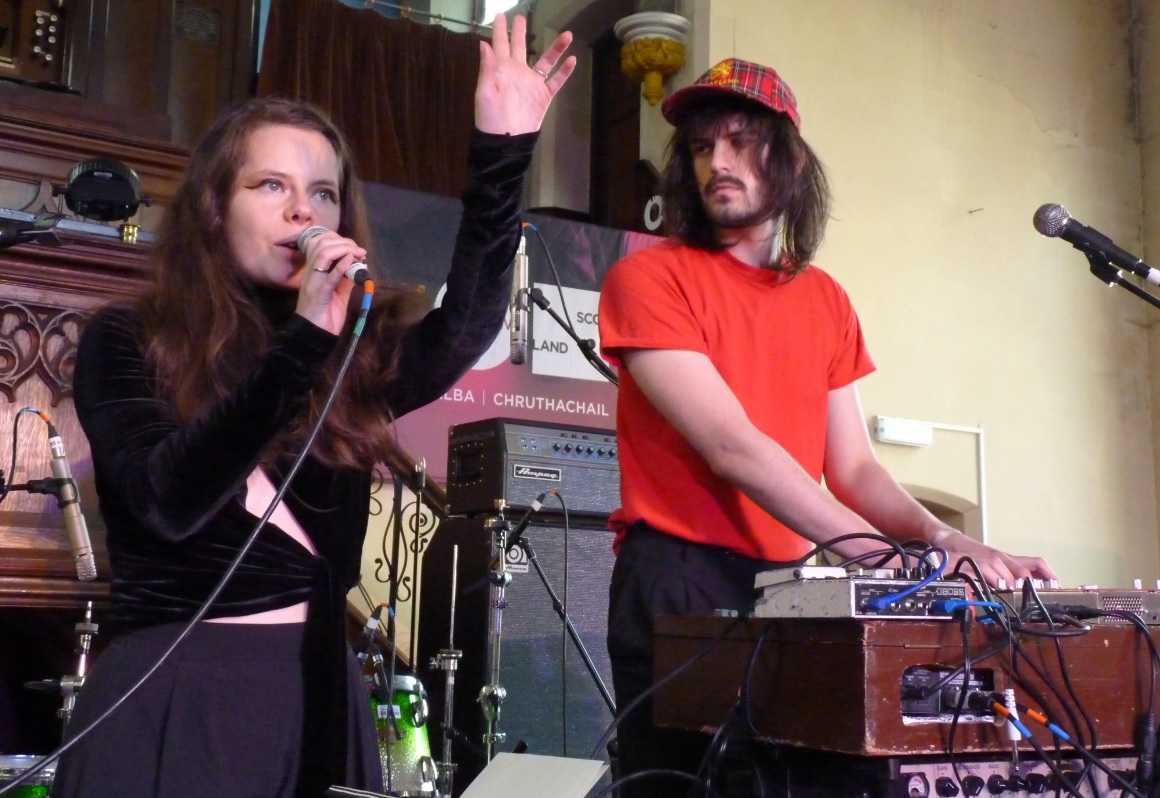 Some musical highlights included Sydney supergroup All Our Exes Live In Texas, their ethereal compatriot Hatchie, Afro-Caribbean hip-hop duo Native Sun and afrobeat-funk-reggae crossover 8-piece K.O.G & the Zongo Brigade, who both got Jubilee Square jumping, as did Palestinian kings of electronic hip-hop 47Soul.

Jubilee Square is where the festival starts for delegates and media, but this year’s kaleidoscopic line-up ensured plenty of return visits for such unique and memorable acts as reggae-pop-jazz maestros Kioko, the weekend’s yellowest band – alt-rock party animals Colonel Mustard & the Dijon 5, swaggering post-punks Bodega as part of Steve Lamacq’s live broadcast on BBC Radio 6 Music (whose show at The Haunt also gained rave reviews), the 25-piece dub-swing Carnival Club and Brass Rave Unit – whose raucous three-man DIY Ibiza could almost be heard from the beach. Live broadcasts from BBC Radio 6 Music and BBC Radio 1Xtra also created plenty of bonus performances and interviews for the Jubilee Square crowd, and took The Great Escape experience into living rooms around the country. 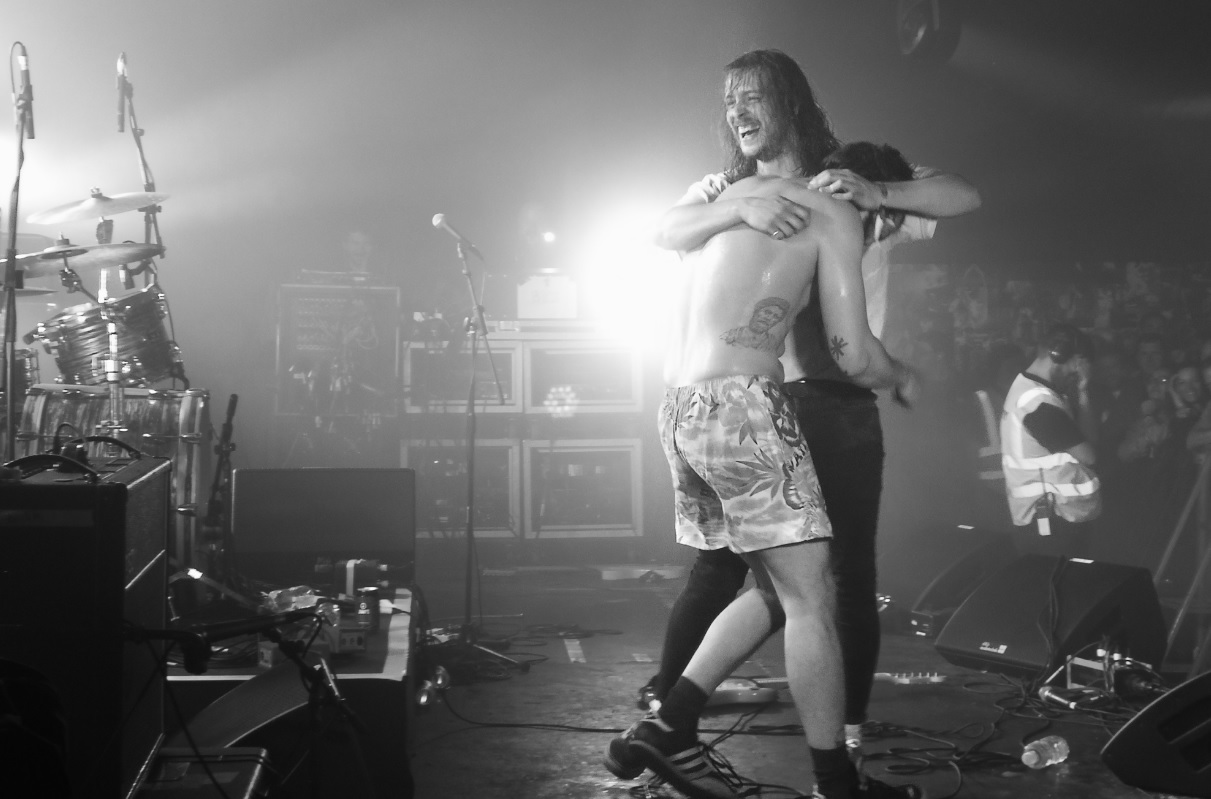 On which note, The Beach is also proving to be a massively popular new venue; complete with rainbow beach huts, three stages and a capacity of 2000. Thursday saw British wunderkind Moss Kena showing off his impressive vocal range in the afternoon before Soccer Mommy, Dream Wife and IDLES took the evening into overdrive. Nao and Grace Carter picked up where they left off as part of YouTube’s takeover on Friday, and The Magic Gang and The Go! Team repped what Novelist referred to as ‘the postcode mandem’ as part of Juice FM’s salute to local heroes on Saturday.

Speaking of Novelist, The Fader’s debut takeover of Brighton Centre’s East Wing was also lit, with sets from the rap sensation himself as well as Flohio, Anais, Che Lingo and Ms Banks on Thursday, and a torrent of genre-hopping lyricism on Friday from ‘Drill’ sensation K Trap, and innovators Hak Baker and Yellow Days. 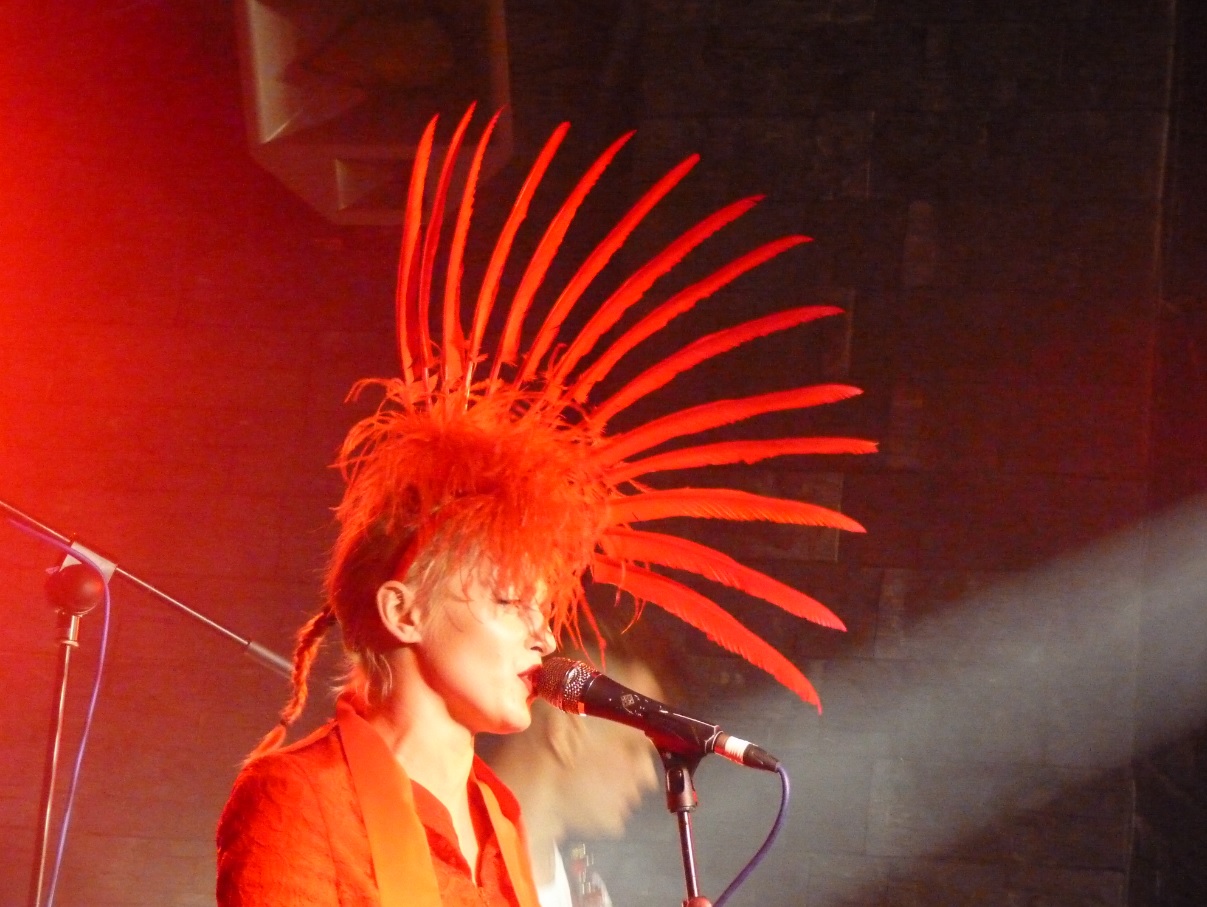 Friday’s Convention Focussed on China, with voices including one of the country’s biggest English language stars Leah Dou – whose two performances across the weekend gained her many new admirers.

Other acts who made a splash on Friday included disco punks Wet Red, queer performance collective Sado Opera, and classical maestro Kirill Richter (whose song Where Angels Fear to Tread is the official anthem of the upcoming football World Cup) at the Russia Showcase at the Queen’s Hotel, while VEVO’s After Party provided one of the viral moments of the festival; a dance-off between two of the security guards. 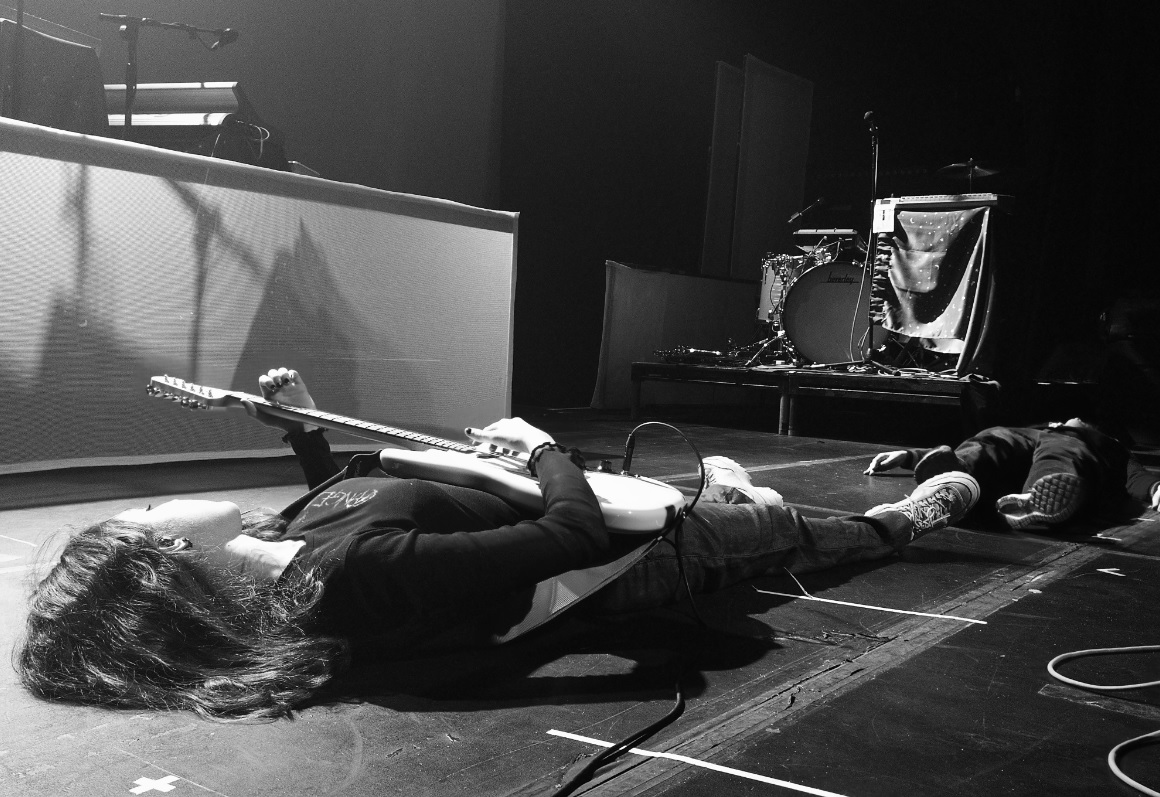 Saturday saw GRM Daily take over the Dome for a memorable spotlight show featuring such upcoming British voices as Mist, MoStack and Fredo whose potential was confirmed with an explosive performance, and the (reported) presence backstage of the genre’s original superstar Dizzee Rascal.

Other Saturday highlights included secret shows from Ghetts and Nothing But Thieves, the latter joining Stereo Honey as part of Fender’s takeover of Patterns, hip-hop trailblazers 808INK at Island Records’ Beach Hut showcase, future superstar Naomi Scott at Coalition, Sons of Kemet at Crack and EZH’s Patterns Downstairs and The Regrettes at Horatio’s. 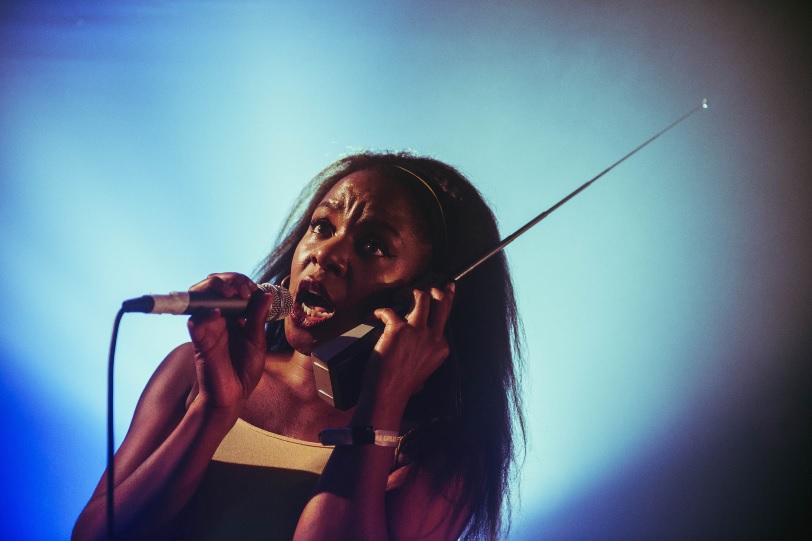 Saturday’s talks and events included AudioActive’s Debate Escape, with a panel featuring Rizzle Kicks’ Jordan Stephens and rapper NinjaMan Stinj discussing how music influences society, and whether genres like Drill can really drive people to violence, and how music can be a force for social change.