A would-be phone thief is being hunted by Sussex Police after he attacked a man in the street in the centre of Brighton. 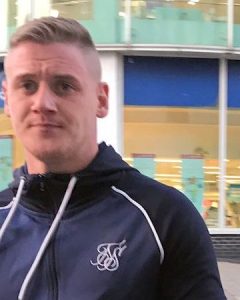 The force issued a photograph of the suspect and asked for the public’s help catching him.

Sussex Police said: “Police are appealing for the identification of this man following a Brighton assault.

“A man was walking along Western Road, Brighton, around 8.10pm on Wednesday 2 May when another man approached him and attempted to steal his phone.

“The suspect then assaulted the victim from behind, who subsequently fell to the floor and suffered multiple minor injuries.

“The suspect was described as a white man, mid twenties, with blond hair and wearing a dark blue hooded top and dark blue trousers.

“If you witnessed the assault or recognise this man please report online or call 101 quoting reference 1273 of 02/05.