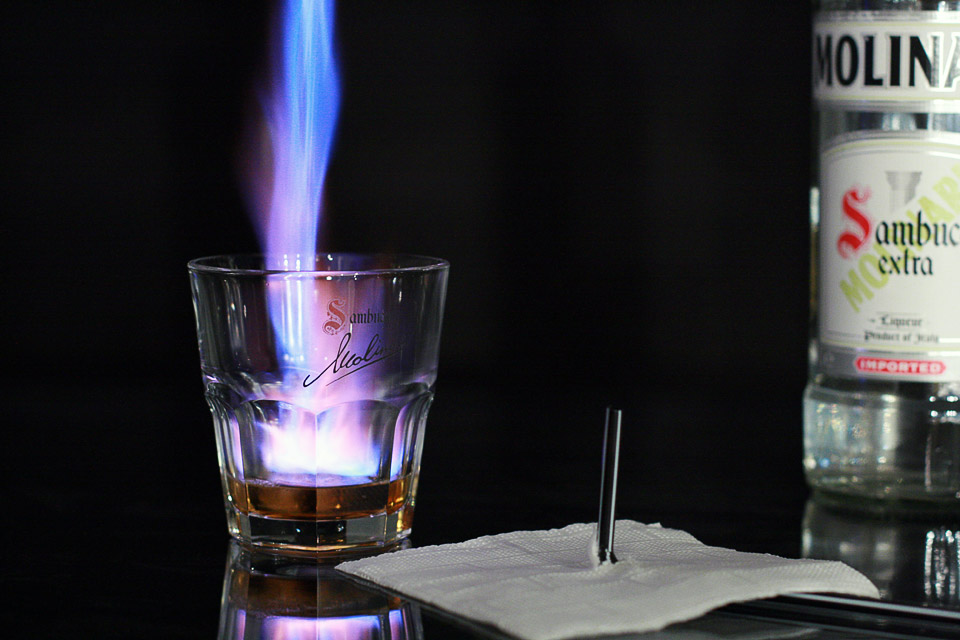 An upmarket new Brighton bistro has banned the sale of flaming Sambucas, blaming health and safety.

The Ivy in The Lanes, the latest offshoot of the famous London Ivy restaurant, opened in the old Post Office building in Ship Street last month amid a blaze of publicity.

Local food blogger Ken Frost, who also runs a site called Nanny Knows Best documenting “the all pervasive nanny state”, visited with his partner Eva and they were impressed by the food – but not the bar staff’s refusal to light their shots of post-dinner Sambuca.

He said: “Eva and I dined in the recently opened Ivy in Brighton, nice meal etc. However, on ordering some flaming Sambucas (the flaming process helps the coffee beans add their flavour) I was told that they could not be flamed.

“For why? Health and safety!

“Which was kind of ironic, given that one of the Ivy’s special desserts is flambéed!

“I did attempt to ignite them myself with Eva’s cigarette lighter but failed dismally, which was probably just as well as I understand from Eva that the bar staff were looking alarmed that I might succeed.

“The Ivy is the only restaurant I have ever been to, thusfar, where Sambucas won’t be flamed due to health and safety.”

Ken says he has successfully ordered Sambucas which were served fully alight at many Brighton pubs, restaurants and bars over the years and this is the first time his request has been refused.

He has recently enjoyed them at Pinnochios, Tinto Taperia, D’arcys, English’s, Cote, and the Jetty – which even had its own version of the drink.