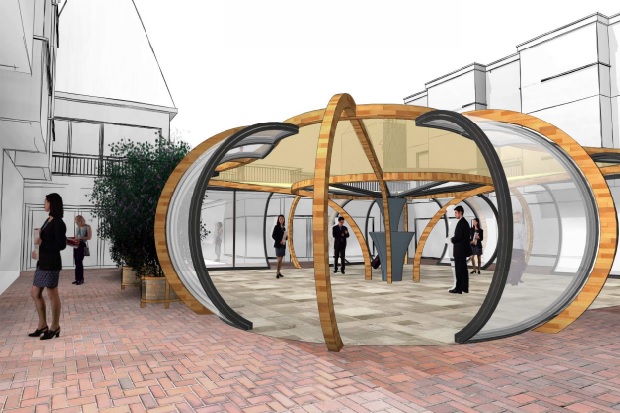 Brighton Square is not the place for a pavilion, planners have decided.

Restaurant chain Coppa Club said that its presence in Brighton and Hove depended on approval of the pavilion in the centre of the square in the heart of The Lanes.

But a report to Brighton and Hove City Council Planning Committee recommended refusing permission, with officers described the building as “disproportionately over-dominant in a valuable open space”.

Regency ward Green councillor Tom Druitt spoke in favour of the development after discussing the proposals with The Lanes Traders Group and walking through the site with the developer.

He said: “The whole area is run down.

“It is a real shame within the centre of Brighton’s old town we have an area of decay.”

After councillors refused permission he tweeted “a huge wasted opportunity to breathe life into the area and a big let down to residents and traders”.

During discussions it was established that Brighton Square was a private space with no public right of way, which Councillor Druitt pointed out in his speech.

Councillor Lynda Hyde voted in favour of the scheme. She said: “This will become a destination.

“The company is successful and has pods at a restaurant in London, which is very attractive.”

While many councillors praised the design, they felt that Brighton Square was not the right place.

Councillor Phélim Mac Cafferty said: “This is quite a good scheme but the challenge to some of this was location.

“I do not think it works in this location.”

Councillors voted seven to three against the scheme.