Tent in Brighton square cordoned off after sex attack 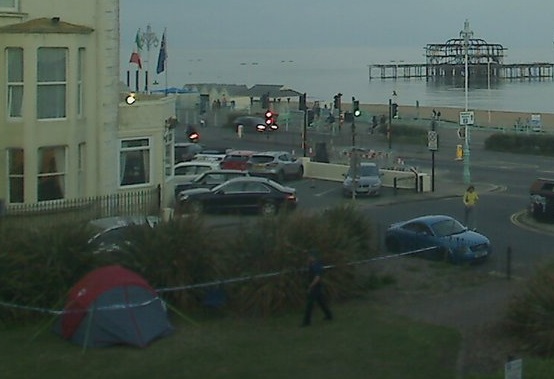 A tent in a Brighton square has been sealed off by police as officers question a man about a sexual assault there yesterday afternoon.

Crime scene tape has been put around the tent and surrounding bushes in Bedford Square and a policeman posted while scene of crime officers work there.

A police spokesman said: “At about 5pm on Tuesday (12 June), police received a report of a sexual offence at a tent in Bedford Square, Brighton.

“Officers attended and a 48-year-old man from Shoreham was arrested on suspicion of sexual assault. He remains in police custody at this stage.

“Police have engaged with the victim, a local woman in her 20s, and she is assisting officers as enquiries continue.”

The square is one of several open spaces in Brighton and Hove where homeless people have been known to set up tents. The tent which this attack happened in was only pitched there on Monday night, shortly after another two or three tents had come down.

When tents have been pitched there in recent years, posters have been put up around the square informing campers that erecting a tent was against bylaws and directing them to either the campsite at Sheepcote Valley or to homeless support services.

Bedford Square is not covered by the controversial public space prevention orders brought in last year which outlaws a range of activities in 12 open spaces in Brighton and Hove – including pitching tents.