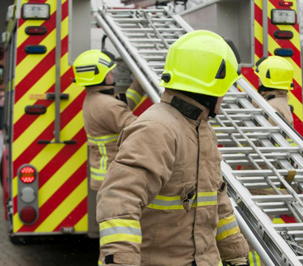 An investigation has found 158 issues or problems since the joint fire service control centre for East and West Sussex started using a new computer system in March.

Some of the issues were teething problems with the new system, some related to weaknesses in existing systems and others could not be blamed on technology.

The investigation, which is being carried out jointly with the Fire Brigades Union, has not yet formally reported.

But Mr O’Brien said that East Sussex Fire and Rescue Service was not waiting around before putting in place solutions.

A review of wifi had been planned but has been brought forward, for example. In the meantime, some existing wifi equipment has been moved to better locations or has been supplemented with boosters to improve the strength and reliability of signals.

Air conditioning has been installed where needed to keep computers cool enough to work properly and some minor building adjustments have been needed.

In some instances, the fire authority was told, staff have received training or advice about how they look after sensitive equipment.

Mr O’Brien said that inevitably confidence had taken a knock among some staff as a result of the problems but the investigation and responses were tackling the underlying issues.

Chief fire officer Dawn Whittaker spoke about the advantages of the new system and how, as control room staff became used to using it, their enthusiasm for it had grown.

She also said that some issues – crew not being sent to an incident when they expected to be – were down to “dynamic mobilising”.

This meant that the computer software had worked out that another crew could get their faster and was one of the benefits of the new system.

Councillor Caroline Penn, a Brighton and Hove Labour member, said: “If we’re relying on wifi and it’s acknowledged that the signal is poor, it’s something that should have been addressed sooner.

“If we’ve got hardware that was failing … that sort of thing shouldn’t be happening. There needs to be a bit of dotting ‘i’s and crossing the ‘t’s.”

Fire authority chair Councillor John Barnes, a Rother Conservative, said that there were back-up procedures in the event of computer problems.

And the new system had given fire chiefs “better visibility of problems that were already out there”.

Councillor Barnes said: “One of our resilience measures is the voice mobilising system and that’s still there as a last resort.

“We have never failed to attend an incident in an appropriate time.”

He added that the £7 million IT (information technology) strategy, including the new control room mobilising system, and some of the resulting issues, may reflect a previous under-investment in this area.

Fire authority vice-chair Councillor Carol Theobald, a Brighton and Hove Conservative member, asked: “When do you estimate that these teething troubles will be sorted out?”

Although Mr O’Brien didn’t give a definitive answer, he said that for example a review of equipment within fire stations would be completed within six to eight weeks.

The chief fire officer said that solutions would be put in place to identify issues as quickly as possible.