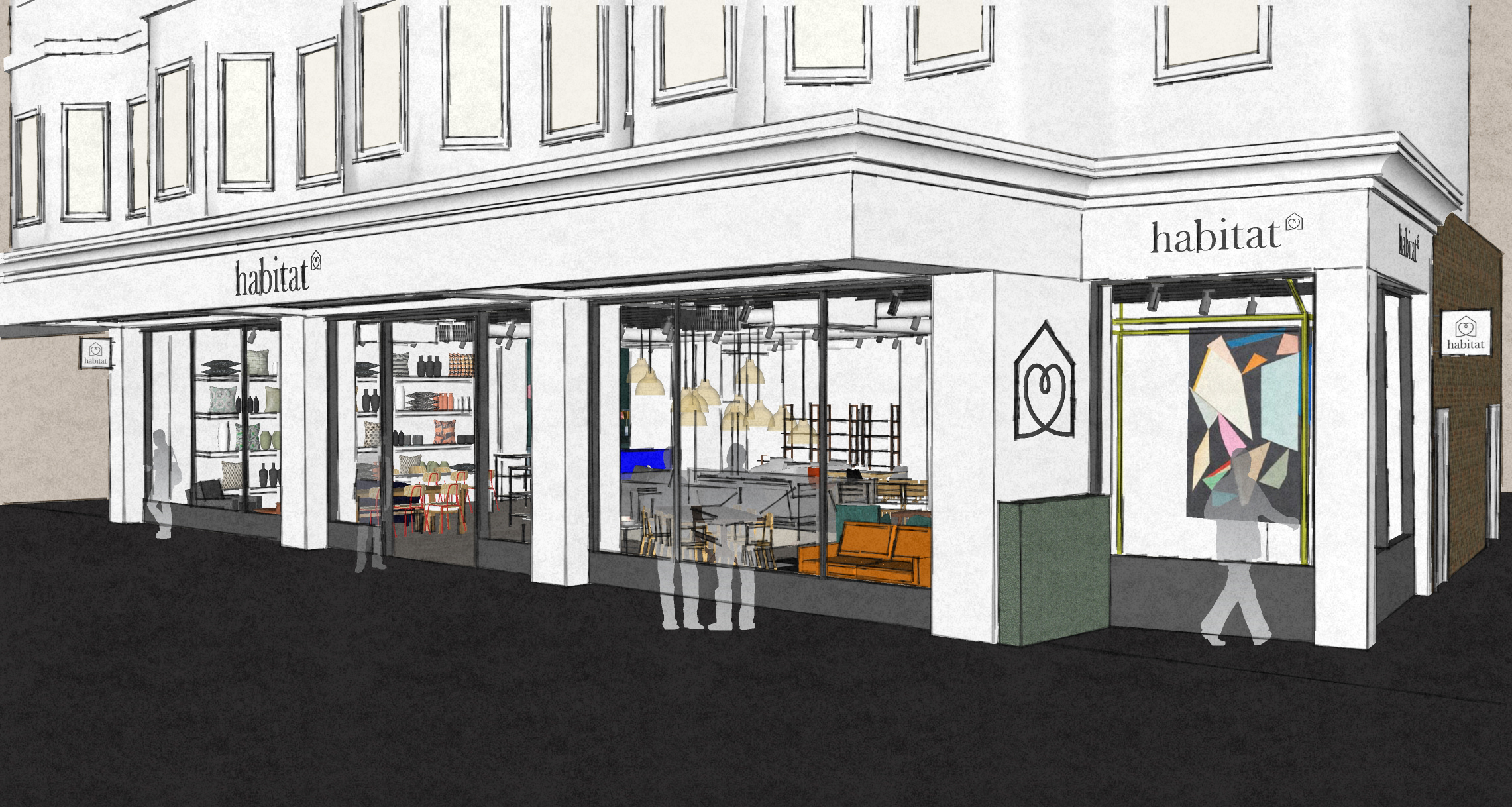 Habitat has today announced it is to become the first retailer to open in the new Lanes development – not just coming back to Brighton, but also marking a return to the high street after it closed all but one of its stores in 2011.

The home store says Brighton is a natural home for its “cool” interiors brand and has worked with three local artists to create rugs inspired by the city ready for when the store opens this autumn.

The new store will take over three units previously occupied by the Candy sweet shop, Cult Hero Records and a convenience store on the corner of North Street and Meeting House Lane.

Cult Hero Records is also moving, and is due to open at its new home in Brighton Place, opposite Donatellos in The Lanes, today.

Habitat managing director Clare Askem told Brighton and Hove News: “What we love about Brighton is that the high street is really relevant and that the town centre is really thriving. Coming back into this high street and centre of town is perfect for us.

“We know that lots of our customers will still want to by online, but having a place for our Brighton customer base to come to will be amazing.

“We get comments on our Twitter feed and whenever we announce that we are opening, loads of people ask when are you reopening in Brighton? So for all those people who have been tweeting me for the last God knows how many years, please tell them we are coming back!

“It’s quite a cool place to live and we think we are a cool brand. This is a natural place for Habitat customers to come.”

At 6,500sqft over two floors, the new store will be Habitat’s third largest store in the UK and the first new major stand-alone city-centre store that the brand has opened in 10 years.

It will feature striking wrap around store-front windows leading onto The Lanes and will include an installation and events space which will house regular workshops, talks and installations from local collaborators.

The first of these will be artists Lauri Hopkins, Sophie Abbott and Becky Blair who have created designs all inspired by Brighton’s seafront in some way which have been transformed into rugs by Habitat’s textiles team in India.

Sophie Abbott said: “The inspiration for my piece really came from a lot of scrambling around in the rockpools on Rottingdean beach which is what I do a lot.

“It has really colourful abstract shapes which fit together – bouldery and organic shapes in seaside colours, like a rockpool.

“I would love to get one when it goes on sale – it’s really exciting, the first time one of my paintings has been made into furniture.” 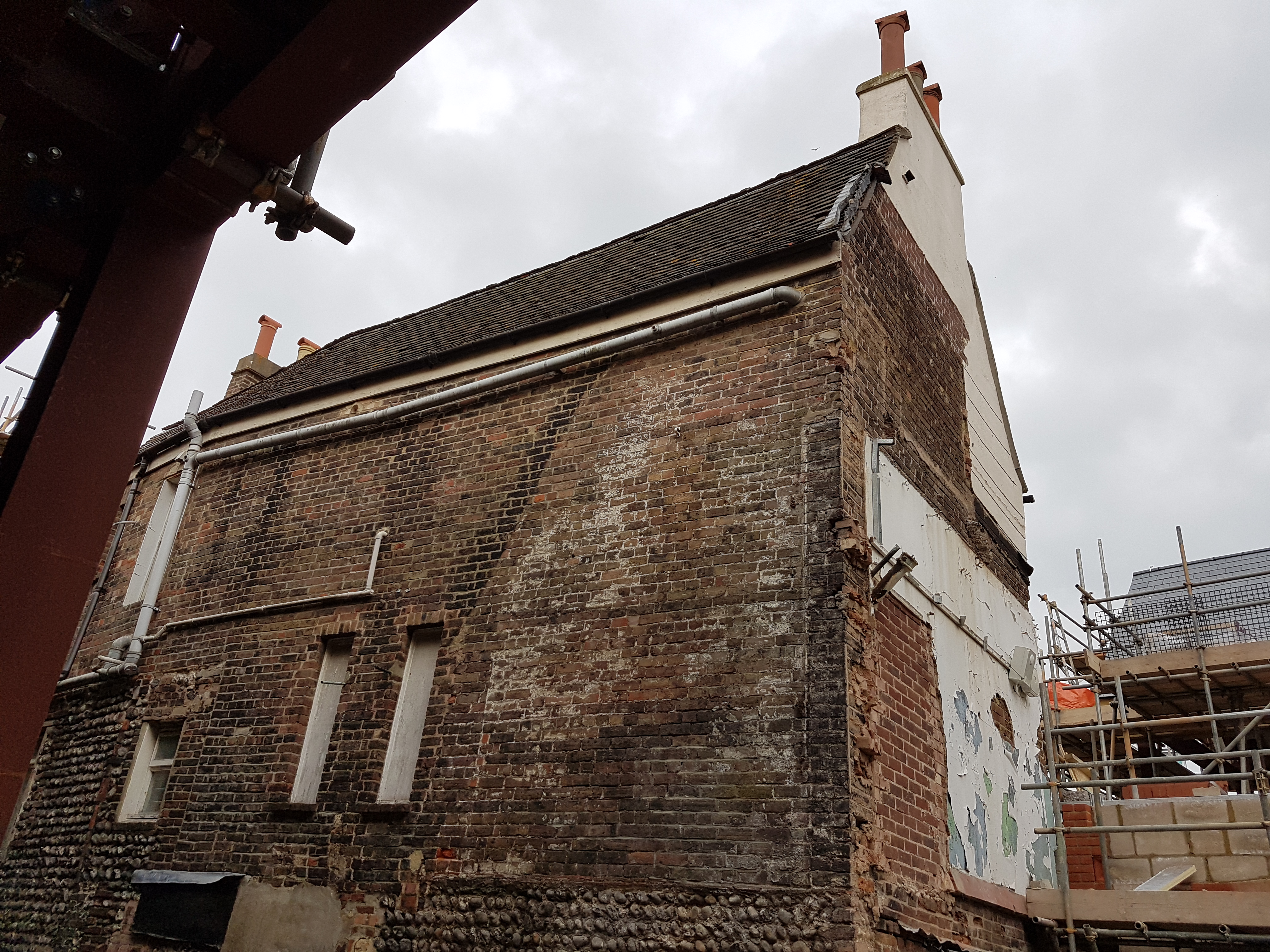 Redevco started redeveloping the 1.3 acre site, which includes the former Hanningtons department store or ‘Harrods of Brighton’, in February 2017 following months of wrangles over the demolition of the old Timpson’s store.

The council agreed the plans to knock it down because it would allow an even older building, Puget’s Cottage, to be seen by the public for the first time in hundreds of years. 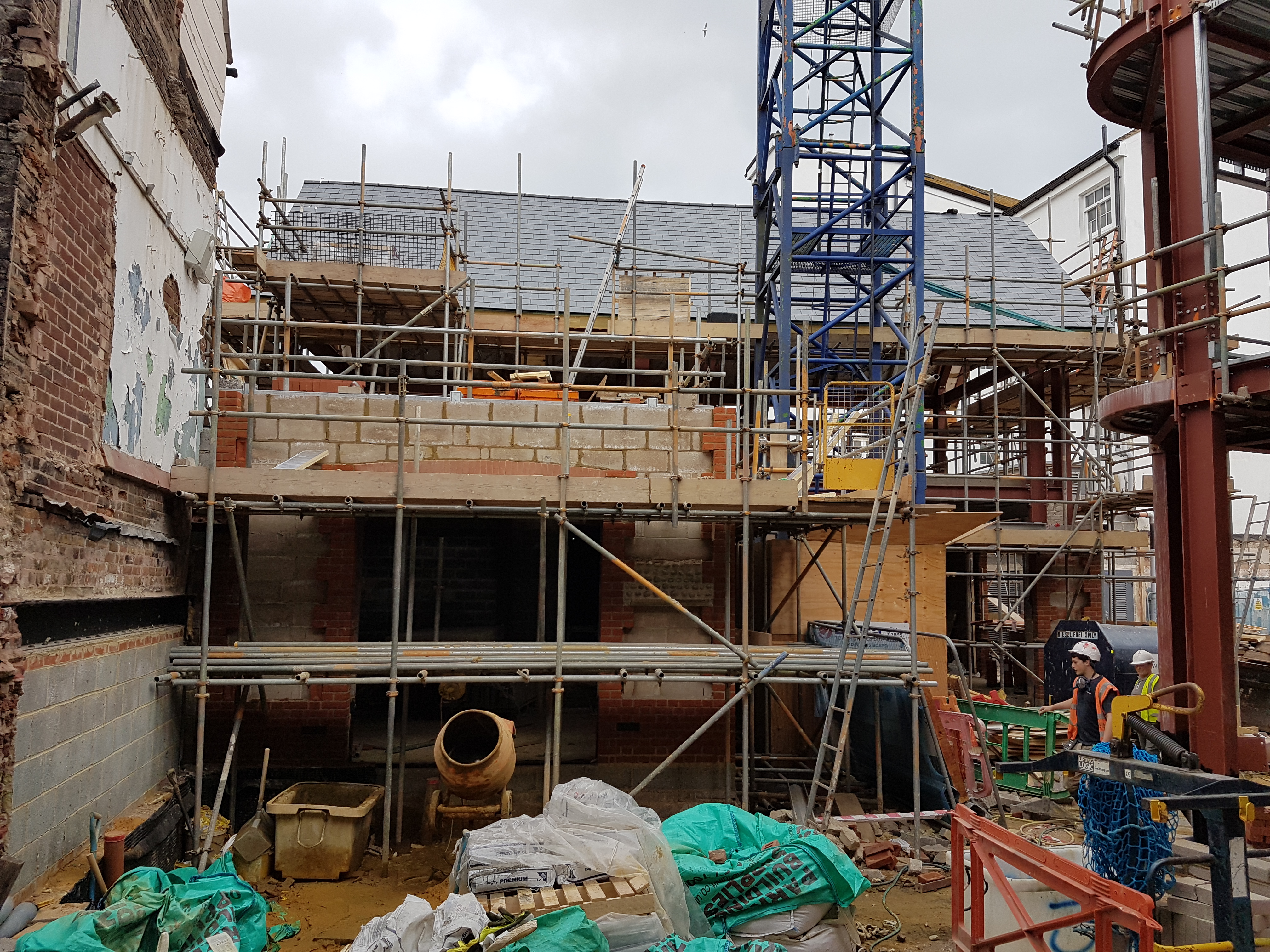 Work continues on the Flint House, which will be home to the new Gingerman group restaurant

The new Hannington’s Lane, which is accessed where Timpson’s used to be, runs past Puget’s Cottage and a new building, The Flint House, which the Gingerman restaurant group announced it would be opening at last month.

The other units, a mix of retail, leisure, offices and flats, are all now taking shape behind North Street and Brighton Square. Building work is expected to be completed by the end of the year, and the first occupants should be ready for opening by the spring. 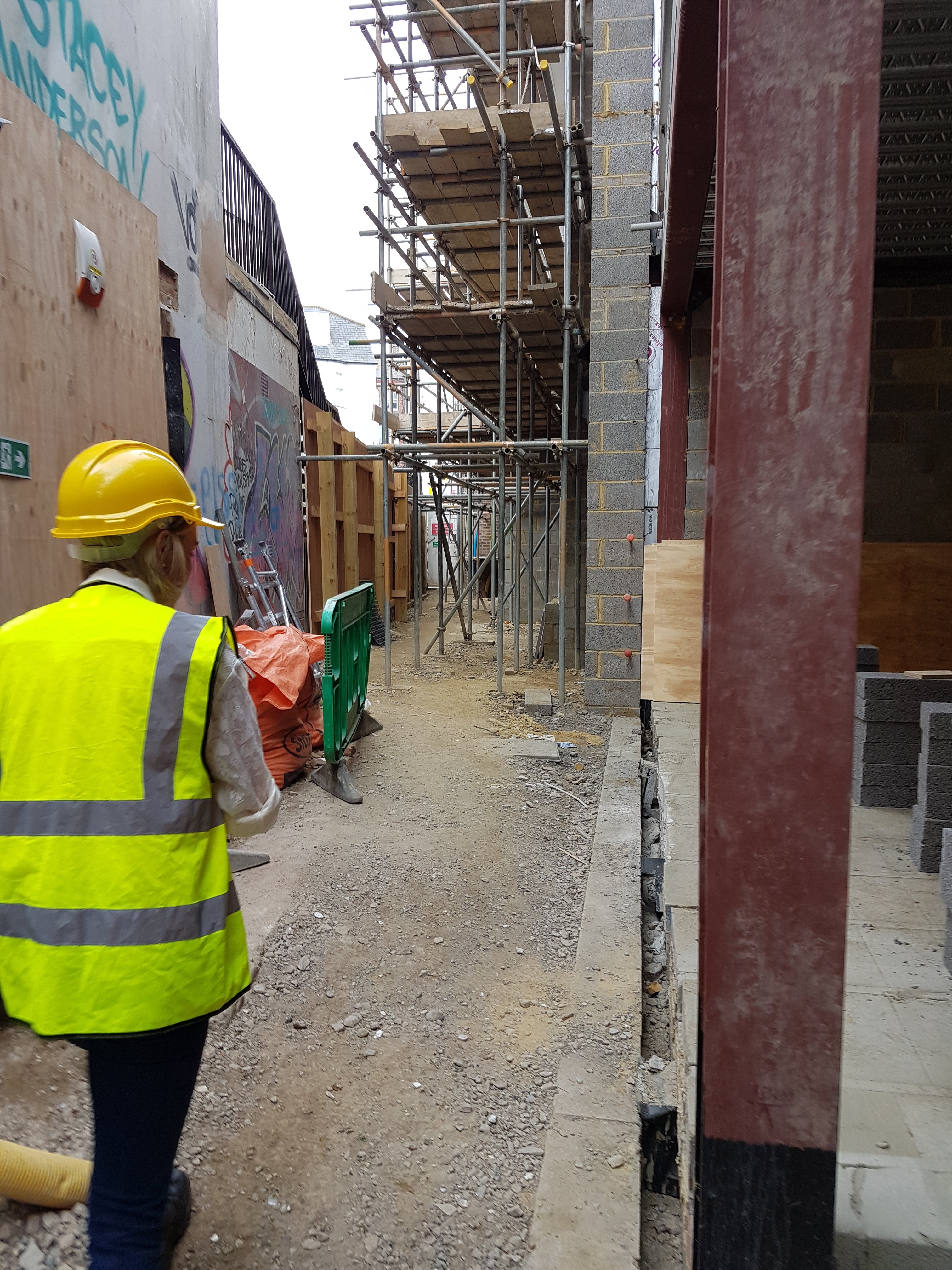 Andrew Foulds, Portfolio Director at Redevco said: “Our vision for the North Street element of Hanningtons Estate was to extend the premium retail offer already found in East Street and attract completely new brands to Brighton.

“There are few brands that are as well-known or quintessentially British as Habitat. Launched by Sir Terence Conran in 1964, the retailer has always led the way with affordable, contemporary and stylish homeware.

“We also have deals with other exciting brands in solicitors’ hands, not just for North Street, but for the smaller units within the new Hanningtons Lane. Here the mix will be smaller, quirky but premium retailers, mixed with local names that Brightonians will be familiar with.”