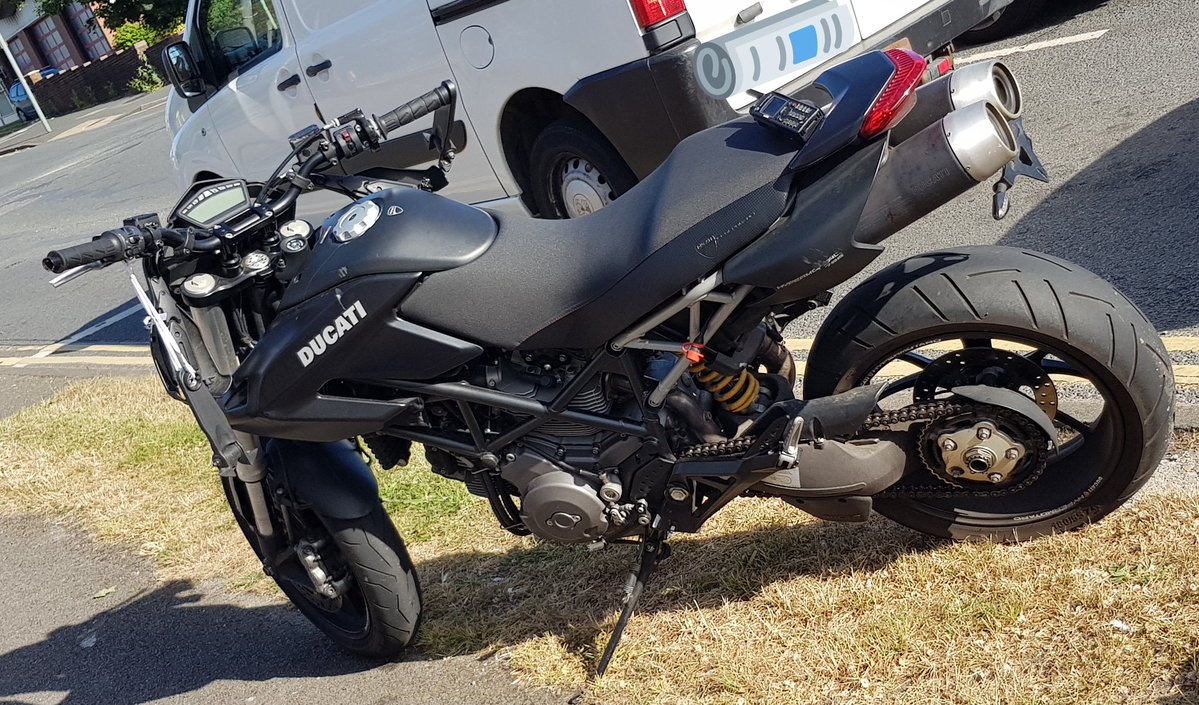 Brighton and Hove Police tweeted this picture of the stolen bike

A man was arrested after patrolling police officers spotted a stolen motorcycle being ridden in Brighton.

At 5.50pm on Thursday (15 June) the officers were in Whitehawk Way, when they saw the motorcycle, which had been reported stolen in a burglary in Hastings the previous month.

When they went to speak to the rider in Roedean Road at the junction with Wilson Avenue, he leapt off and ran away.

However following a swift police search of the area, a 25-year-old local man was found hiding in a nearby bin shed and was arrested on suspicion of theft of the motor-cycle, driving whilst disqualified, and burglary. He is currently in custody for interview and further enquiries.