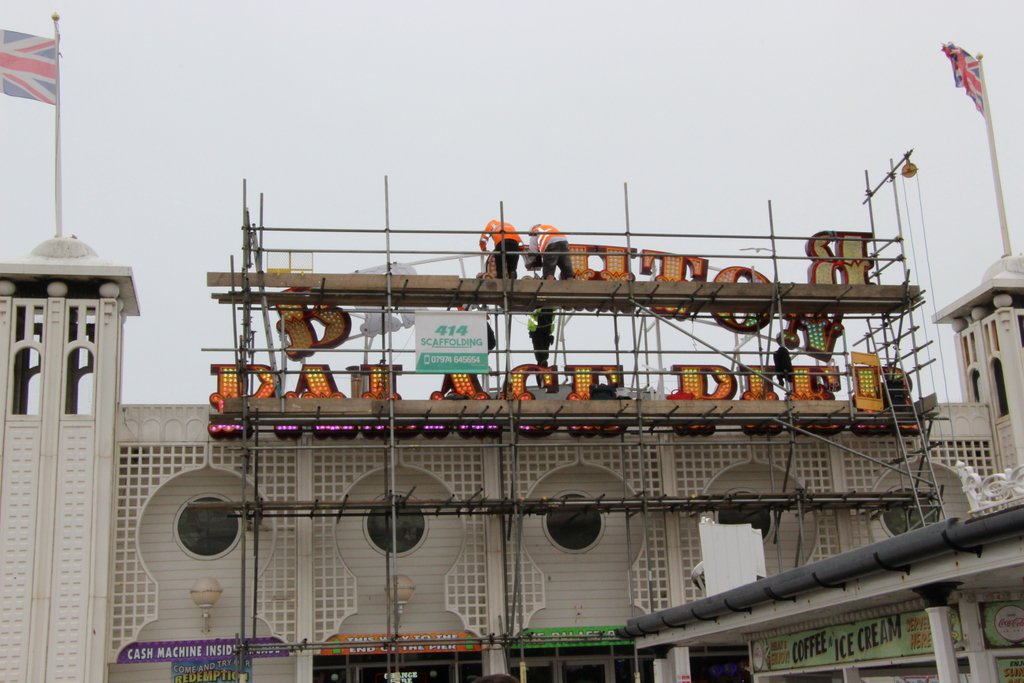 The Palace was put back on Brighton Pier this week as new signage went up above the entrance, restoring the much-loved attraction’s original name.

Brighton Palace Pier (full name Brighton Marine Palace and Pier) was renamed simply Brighton Pier in 2000 by then management the Noble Brothers – but long-term Brighton residents and the National Pier Association refused to comply, still referring to it as the Palace Pier.

However, after the pier was sold to Eclectic Bar Group (which then renamed itself the Brighton Pier Group), executive chairman Luke Johnson soon announced its original name would be restored.

The old signage started to come down last week, and the front of the pier was nameless for a few days.

But this week, the new letters started to appear. 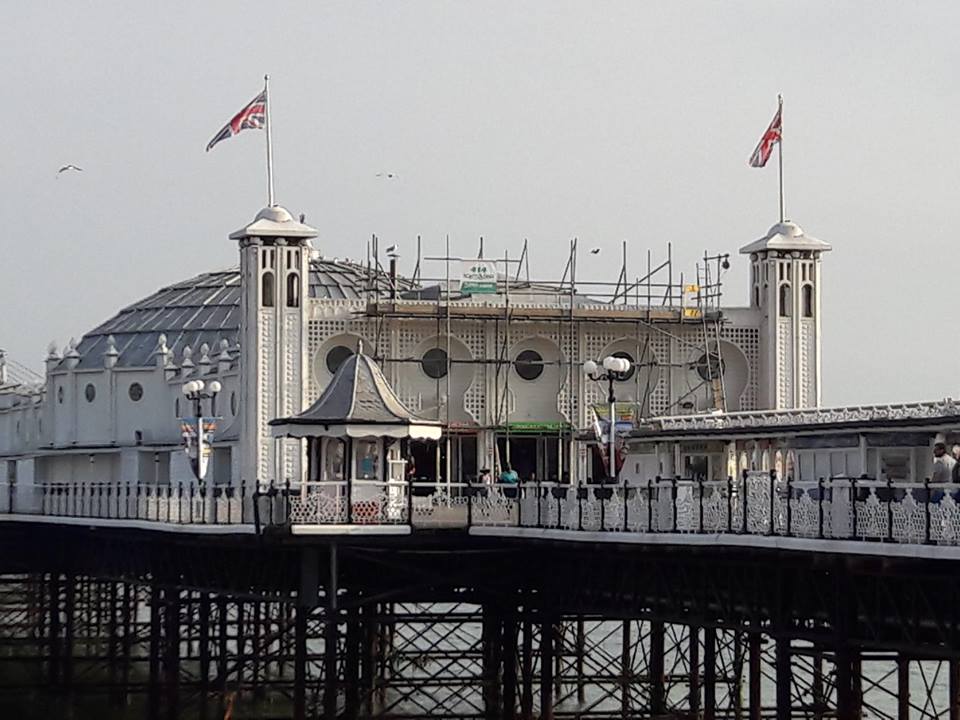 The Palace Pier, which is now Grade II listed, opened in 1899 as a replacement for the Chain Pier, which had collapsed three years earlier.

Its theatre was damaged in 1973 and then demolished in 1986, after which fairground rides were added.

Its new owners have embarked on a revamp of many of the pier’s best-loved attractions, such as the Palm Court fish and chip restaurant and the Victoria bar, and have added new attractions like soft play and seasonal markets.