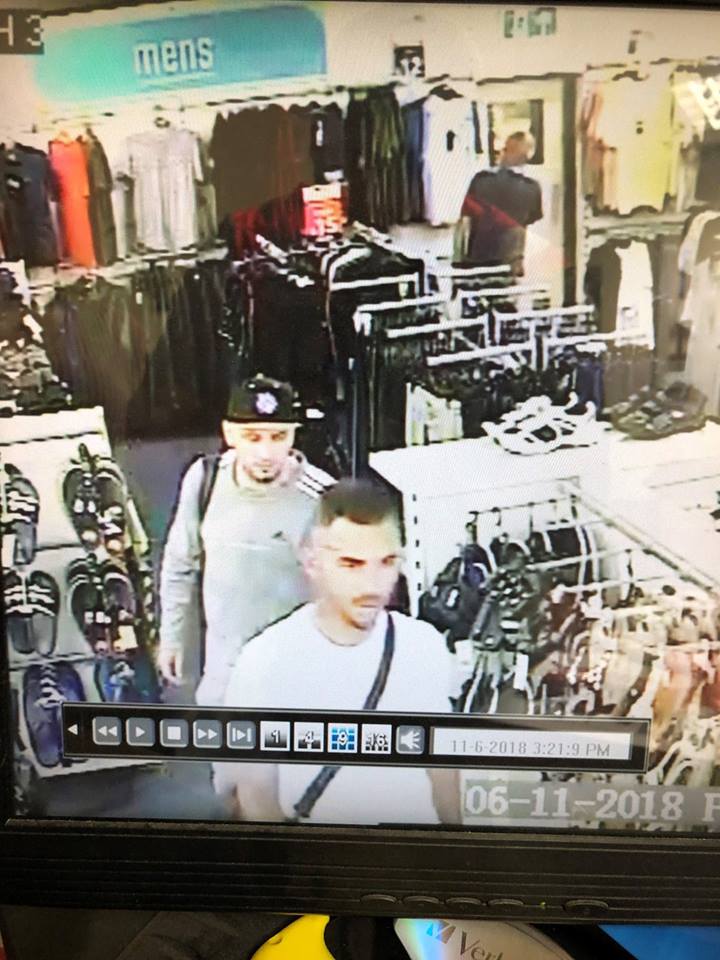 A burglar managed to steal a safe from a Brighton cafe and art gallery while two accomplices distracted the manager by asking about picture frames.

The trio came into the Laughing Dog Cafe and Art Gallery at Waterfront last Monday afternoon, shortly after two of the men were caught on camera at the Original Factory Shop opposite, where it’s thought they stole a holdall.

The CCTV above comes from the Factory Shop, and police say they would like to speak to the pair in connection with the burglary.

The gallery’s part-owner Simon Dean said: “Amanda, who is one of the owners, got distracted by two people who were in on it while another guy went in our back office and grabbed our safe, put it in his bag and went off.

“We didn’t realise until about three hours later when we realised the safe with the weekend’s takings in it had gone. It’s quite a big hit for us.”

A police spokeswoman said: “Police would like to trace this two men in connection with a burglary at the Laughing Dog Cafe and Art Gallery.

“Police received a report of a burglary at The Laughing Dog Cafe and Art Gallery at Waterfront, Brighton Marina, at about 3pm on Monday (11 June).

“Three people came into the premises, distracted staff and stole a safe containing between £3,000 and £4,000 cash.

“Anyone who witnessed the theft or has any information are asked to contact police online or ring 101 quoting serial 1121 of 11/06.”