Have you seen missing Hove man?

Sussex Police issued a public appeal for a missing man who needs daily insulin injections but is believed to have missed his most recent ones. 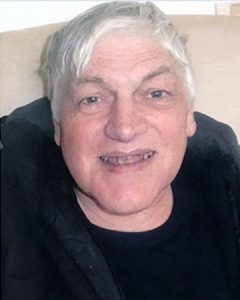 The force said: “Police are becoming increasingly concerned for the welfare of 69-year-old Paul Barry, who was reported missing from Wayland Avenue, Hove, on Tuesday (26 June).

“Paul left home at approximately 8.45am to go for a walk, prior to attending a doctor’s appointment at 11.15am.

“But very uncharacteristically he failed to keep that appointment and has not been seen since.

“He has no known family or friends and is reported as keeping himself to himself.

“He is not believed to have a mobile phone and often goes out for up to six hours at a time.

“Paul is insulin dependent and requires a daily dose but has missed recent injections.

“A long-term injury to his left foot means he walks with a significant limp.

“He does not cope well with change.

“He is described as white, 5ft 8in and of large build. He has short, straight white hair and brown eyes.

“He was last seen wearing green khaki shorts and a blue or grey t-shirt.

“If you have seen Paul or know where he might be, please contact Sussex Police online or by phoning 101, quoting serial 745 of 26/06.”