Thugs attack passenger on train from Brighton to London

Two thugs repeatedly punched a passenger on a train from Brighton to London in an unprovoked attack. 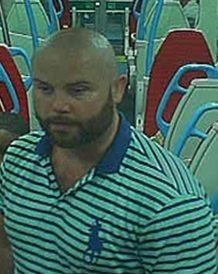 The victim left the train at Three Bridges and was treated in hospital after being assaulted on the night when England’s footballers beat Colombia in the World Cup finals.

The British Transport Police has published security camera pictures of the suspects and said: “Do you recognise these men?

“Officers would like to speak to them after a man was punched repeatedly in the head, in what appeared to be an argument over a cookie. 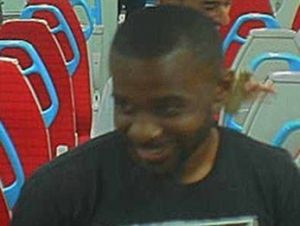 “At around 10.50pm on Tuesday 3 July, a man was travelling on the 10.33pm service from Brighton to London Victoria.

“There was an exchange between him and a group of nearby men, which was initially friendly. They threw a cookie at him, which he threw back.

“Two of the men then came over and punched him in the head and face, until a member of the public intervened.

“He left the train at Three Bridges and was seen in hospital, suffering swelling and bruising to his face.

“Officers would like to speak to the men in these images as they believe they may have information which could help the investigation.