Another Brighton family home to become a shared house

A deciding vote was needed to agree the latest plan to turn a family home into a shared house in Coldean.

Members of the Brighton and Hove City Council Planning Committee debated whether or not they had grounds to approve the house in multiple occupation (HMO) in Twyford Road.

Neighbours sent 54 letters of objection, citing the need for family homes, fears about noise and litter and the growing number of HMOs in the area as reasons for refusal.

Hollingdean and Stanmer ward Labour councillor Tracey Hill, who is also the council’s lead on private rented housing, wrote twice to object to the conversion.

She said that the property had been designed to be a family home.

She added: “If planning permission is given, there will be six people living there, all leading independent lives, cooking separate meals and coming and going at separate hours.

“This will cause noise and disturbance to neighbours even if the occupants are not particularly noisy because the house just isn’t designed for this many independent people.”

She was commended by councillors for her work with the community in an effort to deal with the issue.

Moulsecoomb and Bevendean Labour councillor Mo Marsh said that she had opposed every HMO application in her ward and shared her experience of residents’ views.

She said: “At a neighbourhood meeting an angry resident asked why, when ward councillors object, does no one take any notice of them.

“Here the developer has already started work and it is making people angry.” 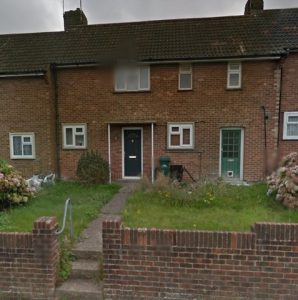 Hanover and Elm Grove Green councillor Dick Page said: “In Moulsecoomb and my ward there are so many streets where houses are taken over.

“Schools are struggling to be viable at all.

“If there is anything the council can do, it is to constrain HMOs in the university corridor and disperse them across the city.”

Conservative councillor Nick Taylor said: “This is a city-wide issue.

“I have every sympathy with the residents but looking at planning policy I do not think there are enough grounds to refuse, not that I don’t want to.”

After a deadlocked vote, with three councillors in favour of granting permission, three objecting and two abstaining, Councillor Julie Cattell used her casting vote as the committee chair to follow officers’ advice to allow the share house.

Pride should have no place for prejudice of any sort