The police search for a missing Brighton woman has stepped up a gear. 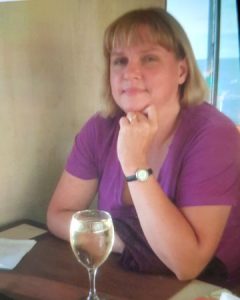 Sussex Police said this afternoon (Saturday 18 August): “Increased patrols are being carried out as the search for missing Brighton woman Tiina Proffitt continues.

“A number of Sussex Police officers and Sussex Search and Rescue volunteers scoured the city and its surroundings after the 50-year-old was reported missing on Friday (17 August).

“A police drone and the National Police Air Service helicopter also assisted in the search through the night.

“However, there is still no sign of Tiina, and both police and her family are growing increasingly concerned for her welfare.

“Further searches of the city and its parks, fields and woodland areas will be conducted today (Saturday 18 August) and members of the public – in particular those outdoors such as cyclists and dog walkers- are urged to keep an eye out for her.

“Inquiries have also been made with local hotels and transport links.

“Tiina is described as white, about 5ft 7in, of slim build, with short blonde thinning hair in a middle parting. She has a fair complexion and speaks with a Scandinavian accent.

“She was last seen leaving her home in the Fiveways area of Brighton around midday on Friday (17 August), wearing loose-fitting red jogging bottoms or trousers and carrying a carrier bag.”

Detective Inspector Emma Vickers said: “We are becoming increasingly concerned for Tiina as her disappearance is out of character and she is not believed to be in possession of a mobile phone. She has had poor health recently and has become depressed.

“Her family are desperate for news and want her home safe and well with them.

IDLES two Brighton gigs have sold out – we review their forthcoming album….