Tributes have been paid to a 20-year-old carpenter from Brighton who died in a crash in Ditchling at the weekend.

Sussex Police said: “Joe-Joe Higgins was driving a black Volkswagen Golf north on the B2112 Common Lane when it left the carriageway and collided with a tree at about 11.10pm on Sunday (26 August). 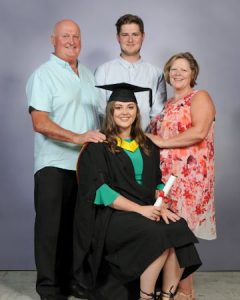 “Despite the best efforts of passers-by and the emergency services, he was sadly pronounced dead at the scene.

“The 20-year-old, of Craignair Avenue, Brighton, was the sole occupant of the car and no other vehicles were involved.”

His family said: “Joe-Joe lived his life to the full. He had a passion for cars and always dreamed of buying a Volkswagen Mk1 Caddy.

“He also had a love for the outdoors – he was in the Scouts until he was 18 and he was in the process of obtaining his Gold Duke of Edinburgh award and he had plans to explore Europe by InterRail.

“Our boy was a fully qualified carpenter and he loved his profession as well as all his colleagues old and new. He had the world at his feet.

“He had aspirations to be a dad and to play with his favourite toys from his childhood with his kids. He also wanted to find someone he loved and to love them fiercely forever.

“With a huge heart and a great laugh, Joe-Joe loved everyone he met and they adored him. His amazing sense of humour and lovable nature was what everyone needed in their life. Joe-Joe loved not only his family but all of his friends too.”

His family thanked everyone for their support and messages.

He leaves behind his mum Chris, dad Tom and sister Ellen. 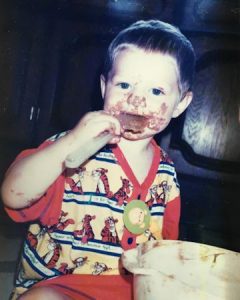 Joe-Joe Higgins as a toddler

Sussex Police said: “Police are still appealing for anyone who witnessed the crash or the events leading up to it, in particular anyone with dash cam footage, to report it online or call 101, quoting Operation Stanbridge.

“The road was closed until approximately 5.40am on Monday (27 August) while emergency services were at the scene.”