Mystery still surrounds the case of an elderly patient who died after accidentally drinking Flash cleaning fluid from a hospital water jug.

Joan Blaber, 85, drank the “noxious” floor cleaner while she was recovering from a stroke at the Royal Sussex County Hospital in Brighton in September last year.

Medics desperately tried to save her but she died six days later as a direct result of drinking the liquid.

In the wake of Mrs Blaber’s death, police and hospital bosses carried out a full investigation into the death but have failed to uncover how the poisonous liquid came to be in a bedside water jug.

The Care Quality Commission (CQC) also carried out its own investigations into safety procedures at the hospital.

But almost a year after the tragedy Brighton and Hove coroner Veronica Hamilton-Deeley said that it was “incredibly worrying” that none of the investigations into the case had managed to uncover how the tragic death has happened.

She told an inquest into the death: “It’s probably no exaggeration to say no one that knows what happened. This is incredibly worrying. It could happen again. We don’t know how it happened in the first place.”

At an earlier preliminary hearing Miss Hamilton-Deeley said that she could not rule out the possibility that Mrs Blaber’s death may have been caused by a “deliberate act”.

She also said that she had “anxiety” over the possibility that a failure to understand basic English may have contributed to the cleaning fluid being placed in a jug normally reserved for water.

But at a jury inquest today (Monday 10 September), Miss Hamilton-Deeley said: “Even the most rigorous police investigation hasn’t completely ascertained what actually happened.”

She told the jury: “No one can say why it happened, so it could happen again. It’s even more important that we winkle out what may have been wrong, what may not be correct about the system in place.”

The inquest heard that the 85-year-old retired shopkeeper from Lewes had been admitted to hospital after suffering a small stoke.

Mrs Blaber, who had a catalogue of chronic medical conditions including arthritis, heart problems and breast cancer, was admitted to Baily ward at the Royal Sussex County Hospital. 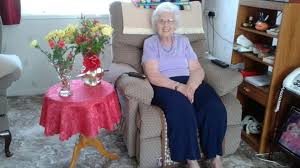 The widow required rehabilitation and treatment for painful leg ulcers and other conditions before she could be discharged.

But on Sunday 17 September last year she consumed concentrated Flash cleaning fluid from the jug placed at her bedside.

The inquest heard that the hospital had a colour-coded system for water jugs. Most patients had a clear jug with a blue lid, patients with dementia had a jug with a green lid and jugs with red lids were for those who needed encouraging with their drinking.

The jury was told that although Mrs Blaber did not have dementia she had wrongly been given a green water jug on the day on the incident.

Dr Philip Thompson, a stroke consultant at the hospital, said that Mrs Blaber drank around 15ml (just over half a fluid ounce) of the concentrated Flash.

The liquid had been poured into a beaker with some summer fruit cordial so that she could take some tablets.

Minutes later she vomited brown and green liquid. She was later transferred to the high dependency unit (HDU).

She was transferred back to the stroke ward but died on Saturday 23 September – six days after the incident.

But it was several days before the police and other bodies were informed about the fatal accident.

At the start of the week-long inquest Miss Hamilton-Deeley told the jury that Mrs Blaber was an “extremely vulnerable woman” who had many health problems and was dependent on the hospital for her care.

The inquest in Brighton heard that the cause of death was respiratory failure due to pneumonia caused by ingesting the cleaning fluid.

Detective Inspector Julie Wakeford, from Sussex Police, said that a thorough investigation had been conducted with almost 100 witnesses being interviewed but they were no closer to finding a suspect.

She said: “We’ve concluded our investigation and at this stage we have not identified why it would have been a malicious act but because we don’t know why it has happened we can’t rule it out either.”

She said that CCTV footage taken from cameras outside the ward showed one cleaner taking a five-litre container of the Flash liquid in a box going into Baily ward and then coming out again with the container – but that had been ruled out. 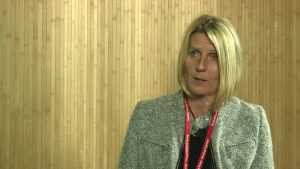 Miss Hamilton-Deeley told the jury: “People need to understand what those systems are so we will look at the training and make sure it was in place.”

She also said that there would be a full examination of the hospital’s safety procedures during the inquest to establish whether the rules around the storage of hazardous products were being followed and if the correct training had been in place.

She added: “There must be in the hospital trust proper procedures in place to make sure that the patients and people who work in the hospital are not subjected to any danger fom the dangerous substances that may quite properly be used in hospital.”

The trust previously said that a “comprehensive review” of potentially hazardous substances took place immediately after Mrs Blaber’s death, with improvements made to staff training and the way that substances were stored and used.

The inquest, which is being attended by Mrs Blaber’s sister Rosemary Bird and her son Gary Blaber, continues.