A Brighton man is expected to die in prison after being jailed for 32 years for sexually abusing six boys when he ran a children’s home. 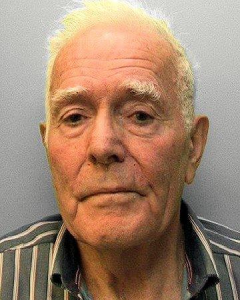 John Michael Webber, 78, of Clifton Hill, Brighton, was convicted of 26 sexual offences involving boys as young as five – and up to 15.

A jury found him not guilty of three other similar offences in a case described as “truly shocking”.

Webber owned the children’s home where a number of the offences took place – the Old Rectory Children’s Home, in Church Road, Singleton, near Chichester.

The charges dated from the 1970s and 80s when some of the offences were committed away from the home on camping trips around the country.

The Old Rectory closed in the late 1980s, with Sussex Police keen to emphasise “that any management or occupants of the address since that time have no connection whatsoever with this case”.

Detective Sergeant Karrie Bohanna, of the Sussex Police Complex Abuse Unit, said: “Webber was in a position of power at the home where there were a number of vulnerable children.

“The volume of offending against these victims where they should have been safe, having been taken into care to protect them, is truly shocking.

“Webber’s conduct, which he must have thought would be concealed forever, began to come to light in March 2016 when one of the victims came to us via a local Sussex charity who support vulnerable people and victims.

“The victims in this case have shown great courage, ultimately giving evidence against a man who many trusted like a father.

“This case is another example of how seriously we take complaints of a historic nature.”

Webber was jailed at Hove Crown Court on Tuesday (4 December).

He was jailed in 2001 after being convicted of having 20,000 indecent images of children.

The offences had no connection with the children’s home, police said.

But Grasty, who helped run the children’s home, died in March this year before the trial had started.

Justice has been done for six young boys as former #Singleton childrens’ home owner John Webber is given 32-year sentence for systematically sexually assaulting them in the 1970s and 1980s – https://t.co/fooPBbVZR2

Lorna Lee, from the Crown Prosecution Service (CPS), said: “The victims in this case were particularly vulnerable when they were children, mostly having been placed into residential care by social services from a very young age.

“Some of Webber’s victims commented on how happy they initially were when they arrived at the Old Rectory as it appeared an idyllic place to live.

“Sadly that changed as soon as the abuse started.

“The victims in this case, now all grown men, have all shown immense courage in coming forward to give evidence.

“We know that many of them were substantially affected both by the abuse they suffered at the hands of Webber, a man who had been entrusted with protecting and caring for them, and by having to carry the secret of it for all their adult lives.

“Building the case against John Webber was a painstaking process and we worked closely with the police over many months to ensure he would brought to justice.

“We would like to thank all the witnesses for their support and wish them the very best for the future.”