Paraglider crashes on beach at Peacehaven

A paraglider was treated by ambulance crew members after crashing on the beach below the cliffs at Peacehaven this afternoon (Saturday 16 February). 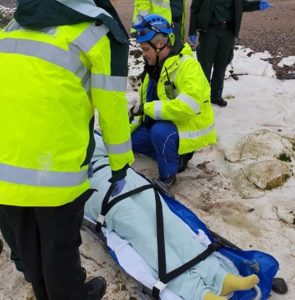 Newhaven coastguard said that the agency received a call-out at 3.40pm to deal with the first of two similar incidents along the same stretch of shore.

The second call-out came at 4.45pm when four paragliders became stranded after landing on the beach between Peacehaven and Newhaven.

The four people involved in the second incident made their own way to safety and appear not to have suffered any injuries.