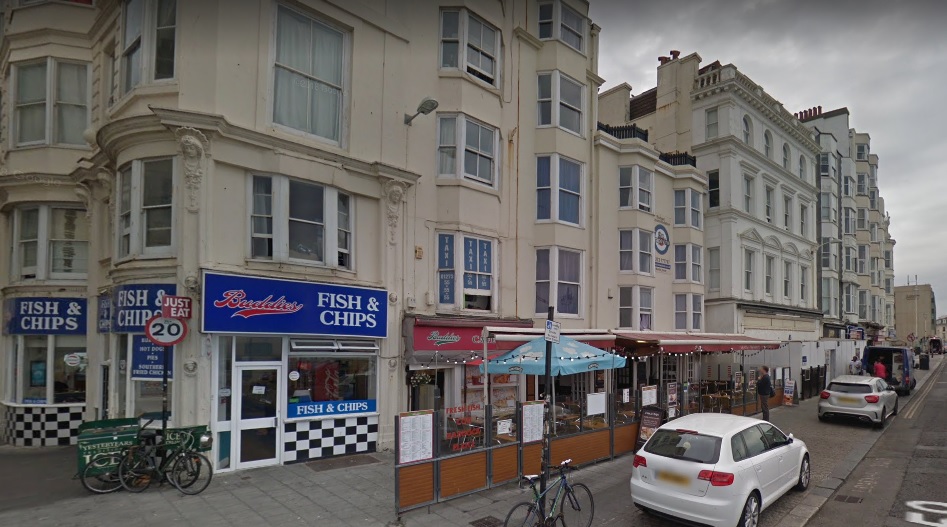 Two young women walking back from a night out in Brighton were hit by a car on Brighton seafront in the early hours of Saturday morning.

The Audi which hit them first crashed into a taxi and then another car parked outside Buddies.

Sam Ezzat from Buddies, who saw the crash happen, said the driver hit the women after attempting to escape the scene, and that his security staff stopped him until police arrived.

He said one of the women was knocked down and went under the wheels of the car – but police said both escaped with just minor injuries.

Mr Ezzat said: “He hit the car in front and was so out of it he hit the women

“He tried to run away so I sent some of my security to stop him in Ship Street.

“The car went over one of the women, she went under the wheels. It was horrible.”

A police spokesman said: “At 3.45am on Saturday (16 February) two women from Chester on a visit to Brighton were on foot at the junction of the city’s A259 Kings Road and Middle Street when they and an Audi A4 car were in collision.

“The Audi had first been in collision with a white Vauxhall Vivaro taxi and then struck a parked Vauxhall Mokka.

“The women, aged 24 and 25, sustained minor injuries for which they were treated at the Royal Sussex County Hospital, Brighton. Neither was detained.

“No other injuries were reported. A 19-year-old man from Birmingham was arrested on suspicion of drug-driving and later released under investigation.

“Anyone who saw what happened, who has any relevant dashcam, mobile phone or CCTV footage, or who may have other information is asked to contact Sussex Police online (https://www.sussex.police.uk/contact/af/contact-us/us/contact-us/provide-more-information-to-be-added-to-a-crime-report/) or by phoning 101, quoting serial 183 of 16/02.”