Police are offering a reward in their hunt for blackmail and robbery suspect Mason Parsons who is also wanted for recall to prison. 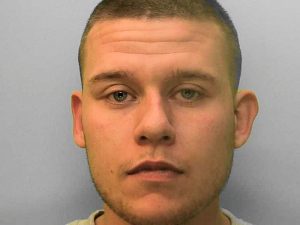 Sussex Police said: “A £500 reward has been offered by police in Brighton for the arrest of Mason Parsons who is unlawfully at large having been recalled to prison for breaching the terms of his release licence and is also wanted for questioning about a blackmail offence on (Tuesday) 15 January and the robbery of a motorcycle from a man on (Thursday) 17 January.

“Both offences took place in Hove.”

Detective Inspector Cath O’Connor of Brighton Investigations said: “We are offering a £500 reward for information leading to the arrest and conviction of Mason Parsons.

“He is white, aged 22, 5ft 8in, of medium build, with short light brown hair and is known to frequent Brighton and Hove.

“If you see him or know where is, do not approach him but call 101 or report online.