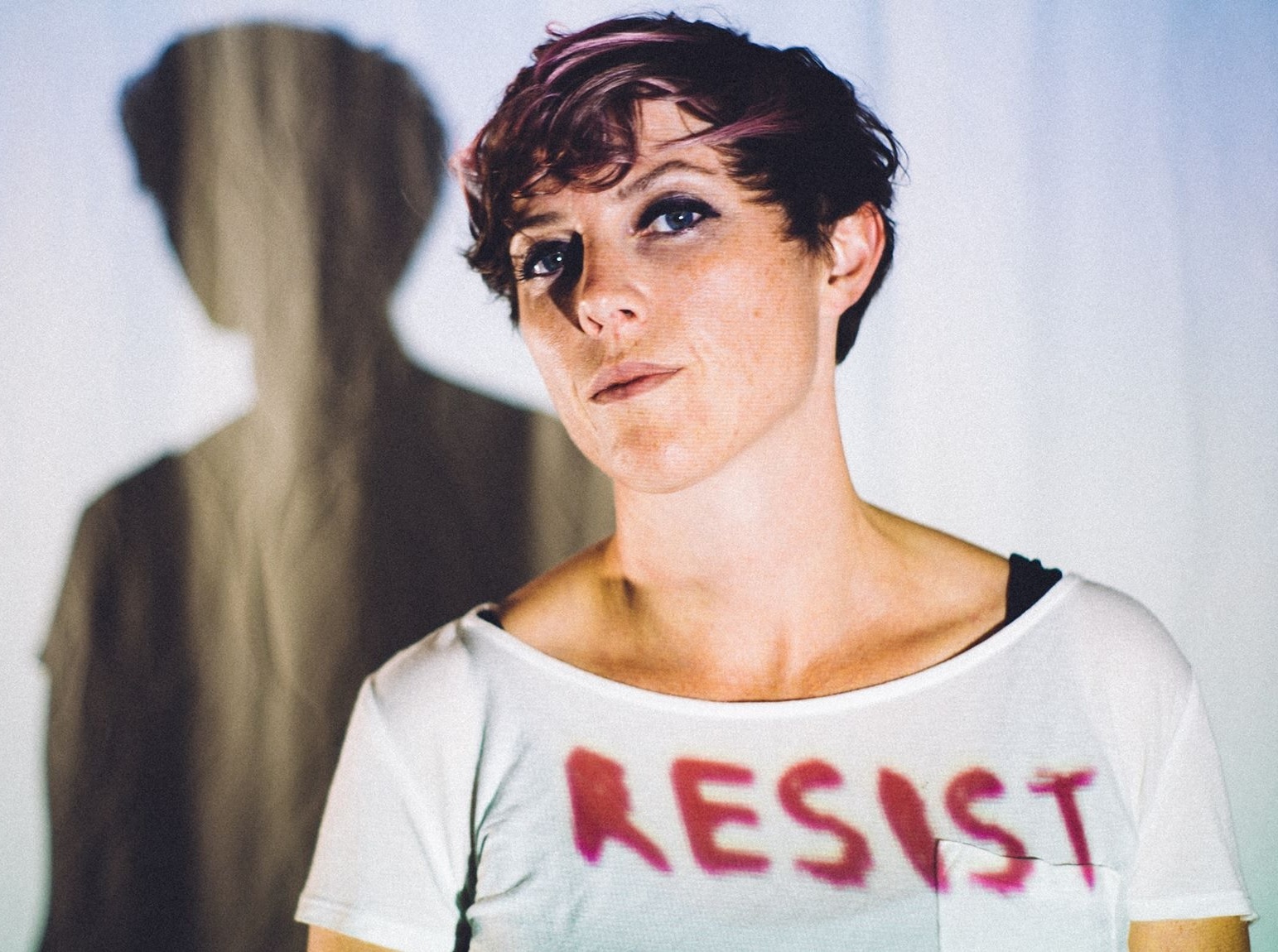 Louisa Roach from She Drew The Gun

Having last week completed a sold-out UK tour, which included a sold out show at Patterns on Friday 8th March, She Drew The Gun have today announced their ‘Trouble Everyday’ tour for October & November. The Wirral band’s biggest UK tour yet will include an appearance at the Concorde 2 in Brighton on Thursday 24th October.

She Drew The Gun will be performing at the BBC 6Music Festival in Liverpool on March 29th (at Eventim Olympia with Anna Calvi), and they have been confirmed for Latitude, Tramlines, Bluedot, Truck, Farmfest and Deer Shed festivals.

Led by frontwoman and songwriter Louisa Roach, She Drew The Gun recently released new single ‘Paradise‘, available digitally now and impacting at radio on 26th April. ‘Paradise’ is the third single to be taken from sophomore album ‘Revolution Of Mind‘ following the BBC 6Music A-Listed tracks ‘Resister’ and ‘Something For The Pain’. Produced by The Coral’s James Skelly at Liverpool’s Parr Street Studios. The album was chosen as a 6Music Recommends Album Of The Year 2018 alongside albums from IDLES, Kamasi Washington, and Arctic Monkeys among others. 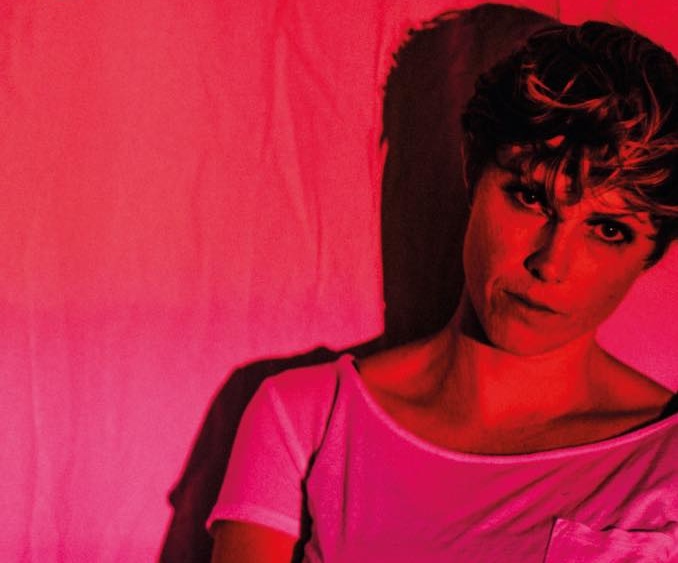 Louisa Roach from She Drew The Gun

“It’s like a bad advert for capitalism, as if it was a product in some grotesque 1950’s ad,” says Roach of ‘Paradise’. “The free market is so wonderful isn’t it? It’s supposed to make everything great when really it’s just a paradise for the rich and privileged, but there’s trouble on the breeze because it’s completely unsustainable.”
“A record of steely conviction in uncertain times” **** Q
“it’s like an angry, Scouse-inflected PJ Harvey. Ie: bloody brilliant” Sunday Telegraph 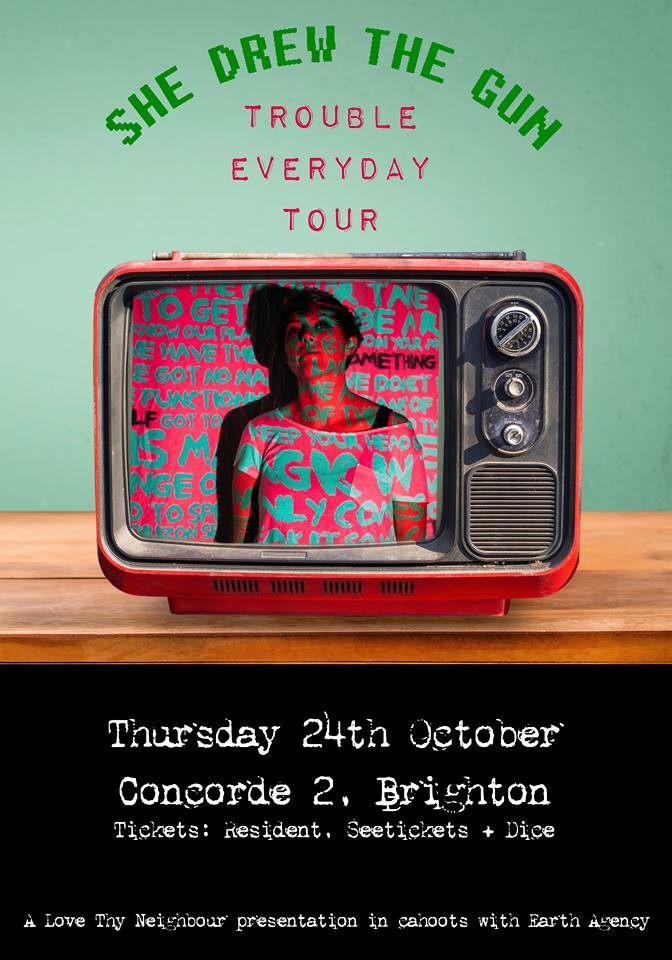 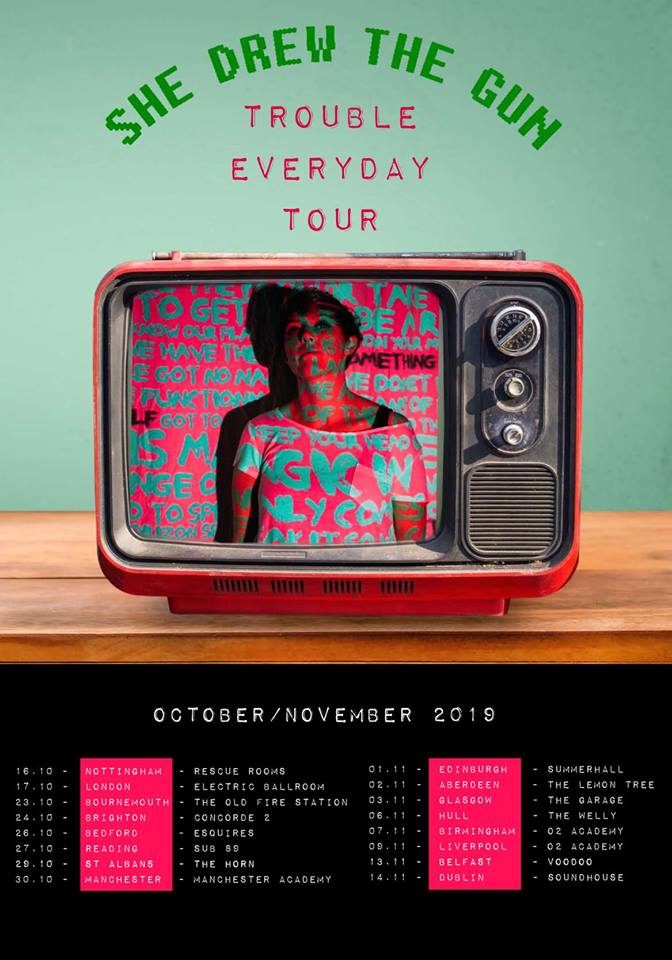