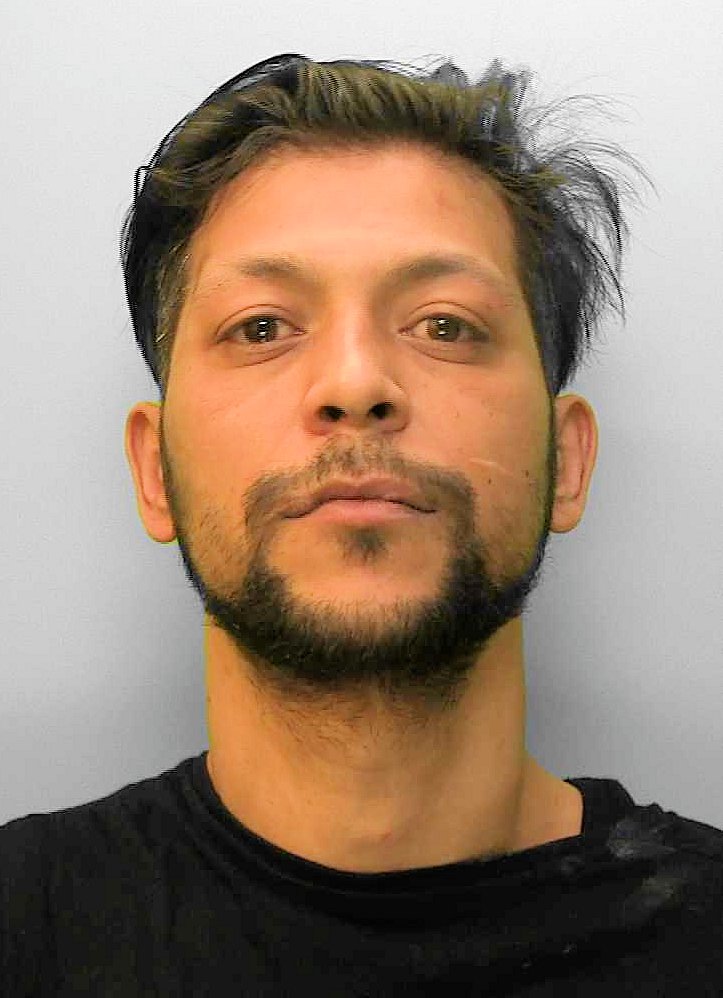 A Brighton drug dealer who brandished an ‘axe’ during a fight which spread from London Road to the seafront has been jailed for more than two years.

Abdul Alim, 33, of Kingswood Street, Brighton, was one of two men charged over the brawl, in which road signs and glass bottles were thrown near the i360.

One police officer who responded to the reports of an axeman by the i360 thought it was terror related, and crashed into a man on a pedestrian crossing while en route to the scene.

The other man involved in the brawl, Michele Manganaro, was convicted earlier this year but then fled the country and is now believed to be in France. A warrant has been issued for his arrest.

On Monday, Alim was sentenced for his part in the fight, as well as growing cannabis at a house in Portland Road, Hove, and possession of ecstasy and cocaine outside Shooosh nightclub on King’s Arches.

All three offences were committed while an eight-week suspended prison sentence for possession of crack cocaine was in force.

Speaking after the hearing, investigating officer DS David Rose said: “It was a serious offence in broad daylight. Members of the public were very scared of man running around, armed with weapons.

“I’m happy the jury saw through his ridiculous denials and found him guilty.”

Sentencing at Brighton Crown Court, Judge Shani Barnes said: “You are a mature man who up to this time already has 12 convictions for 24 offences, ranging from low level violence, failing to surrender, comply or breaches.

“In 2006 you were given a very lenient sentence for possession of MDMA with intent to supply, which didn’t send you a message that you needed to change your ways.”

The brawl happened on Tuesday, 19 September. The fight first broke out in London Road near the junction with Viaduct Road. Alim and others then got into a BMW and the other group got into a Ford Focus, and both made their way to the seafront.

Then, Alim and others got out of the car by the i360 and the fight resumed. Initial reports said a man was brandishing an axe, but police later said they thought it was a machete.

Alim was charged with affray over the London Road brawl, and of having an axe in a public place on the seafront.

Police appealed for witnesses following the brawl, and in November Alim, who then lived in London, was arrested. Police then discovered the cannabis he was growing at the Portland Road address.

Although only nine plants were found, officers also seized £8,500 worth of packaged skunk ready to sell.

And in March the following year, he was spotted near Shooosh nightclub on the seafront by police who decided to search him as he was wearing a mask.

Officers found two wraps of ecstasy and cocaine in his trouser pockets. Alim pleaded not guilty and represented himself, claiming that he had borrowed the trousers from someone else. The jury didn’t believe him and convicted him.

He also denied the affray, but was also convicted of that following a trial. He had pleaded guilty to the cannabis charges.

Defending Alim on Monday, Richard Cherrill said in mitigation the father-of-three had made the most of the six months he has spent on remand by getting a job while in prison.

He said: “It seems he has finally seen the light and got a decent job in prison. It’s a very sorry picture, but I hope that your honour agrees there’s nothing so serious here that you cannot approach it with a degree of mercy.”

He said Alim still insisted he is innocent of the affray and the possession of drugs outside the nightclub, and maintains that most of the £8,500 worth of skunk found packaged ready to sell in his home was for “social supply”.