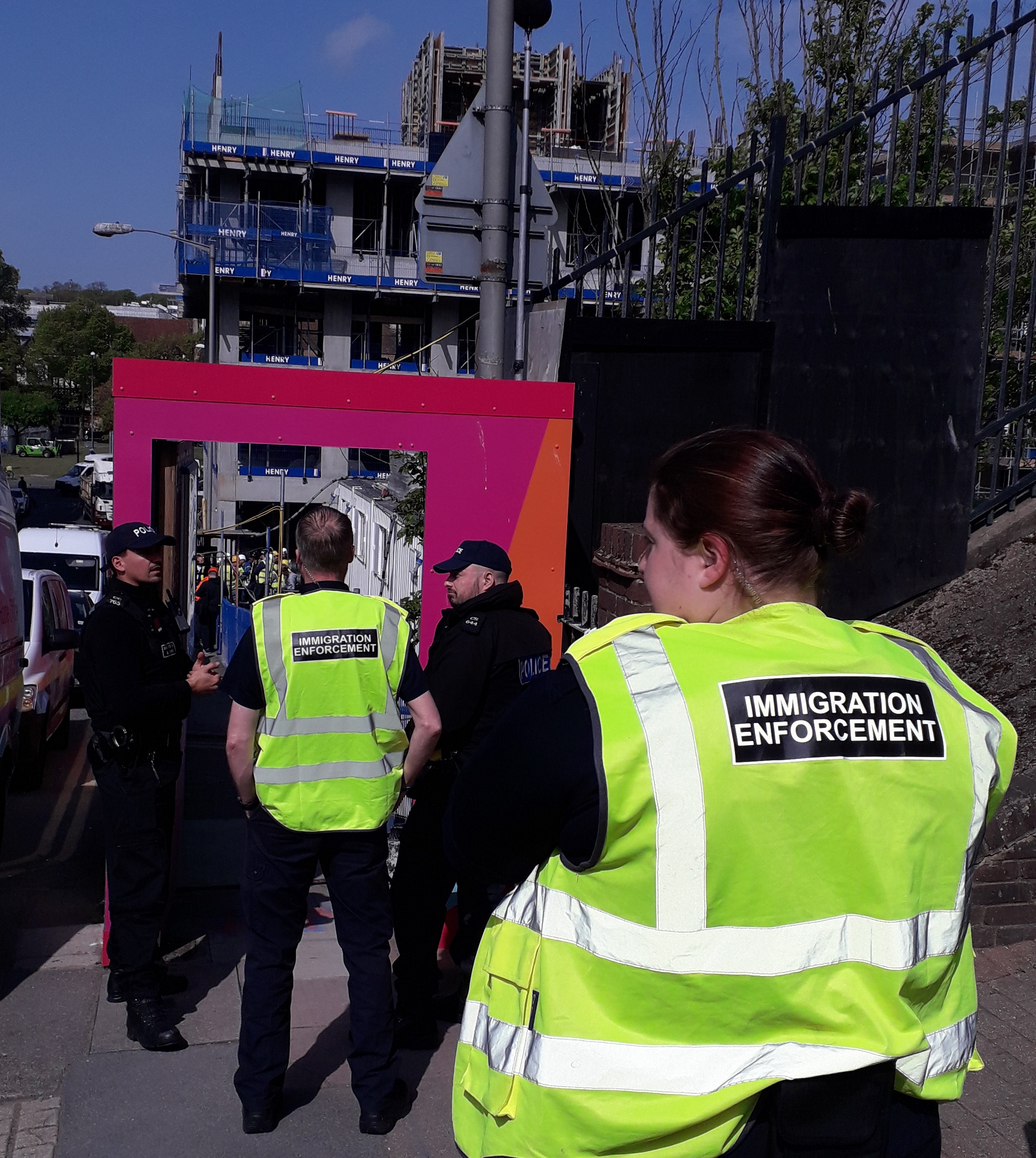 The Home Office, assisted by Sussex Police, raided the site at 10am this morning after being tipped off about illegal working there.

Officers on the ground told residents they were looking for Albanians who had been trafficked into the country by organised crime gangs.

As news of the raid spread online, anti-raid protesters arrived at the site in a bid to disrupt the operation.

This evening, the Home Office said that 17 men were arrested for immigration offences. They presented themselves as Albanian, Indian, Ukrainian and Kazakhstani.

Entry to the site was secured by a Magistrates’ Warrant issued under Paragraph 17(2) of the 1971 Immigration Act.

A spokeswoman for U+I said: “U+I is committed to ethical practice and our contracts with construction contractors require that they abide by employment and immigration law and that all site personnel are qualified to come on site.

“We are aware that Home Office officials have visited the site this morning, and we are unable to provide any further details until their investigation is complete.”

The Circus Street development, due to be mostly completed this year, includes student housing, a dance studio, new homes, offices and shops.