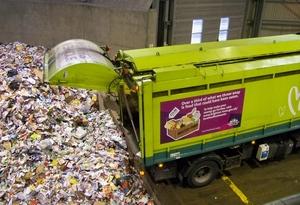 Almost nine out of ten Brighton binmen who voted in a ballot say they are prepared to strike over a breakdown in relations between the union and management.

GMB has accused Brighton and Hove City Council of anti-union behaviour, saying management have been building dossiers and not allowing certain reps into disciplinary meetings – claims the council denies.

This week, GMB announced the results of its ballot – but said it will still approach this week’s ACAS conciliation hopeful of finding a solution.

However, new council leader Nancy Platts said she was keen to hear more about the allegations so they can be addressed, and to restore a good working relationship with the union.

GMB and the council’s chief executive Geoff Raw are due to meet on Thursday.

Mark Turner, GMB B50 Branch Secretary said: “GMB members have clearly chosen to support their unfairly targeted workplace reps and union, recognising that this sort of attack if left unchallenged will impact upon their employment rights to be represented by the rep of their choice and that their GMB rep is then not targeted by rogue managers unfairly for carrying out his union role.

“The chief exec is totally responsible for this mess, and by ignoring numerous opportunities to distance himself from some of his manager’s action at the depot.

“Members have been left with no option, because of his obvious support of anti trade union actions, but to escalate matters to the point of taking action.”

Gary Palmer, GMB Regional Organiser said: “It’s up to the council and the chief exec now to de-escalate the situation, but saying that he could have done exactly that months ago instead of burying his head in the sand and simply crossing his fingers that the ballot result would fall in his favour.

“Even with this strong ballot result we will approach this week’s ACAS conciliation hopeful of finding a solution so we can stand down the threat of industrial action.

“We will need to either have found a solution or be positive that the work in progress is going to lead to an outcome we can all sign up to, if industrial action is to be avoided. So let’s hope they are now taking this seriously.”

Council leader Nancy Platts said: “For the council to deliver the best services for our residents, businesses and visitors, working closely with trades unions is crucial and is always our aim.

“We take very seriously the allegations of anti-trade union activity of some managers and at a meeting taking place this Thursday with GMB and the arbitration service ACAS, we’re keen to hear exactly what these allegations are so we can address them.

“We know there are problems in our relationship with GMB and we’re determined to resolve this through the ACAS discussions.

“We already have two further meetings with ACAS and GMB following the meeting on Thursday to ensure this happens.”

The Ballot result returned on a 75.2% turnout, was as follows: