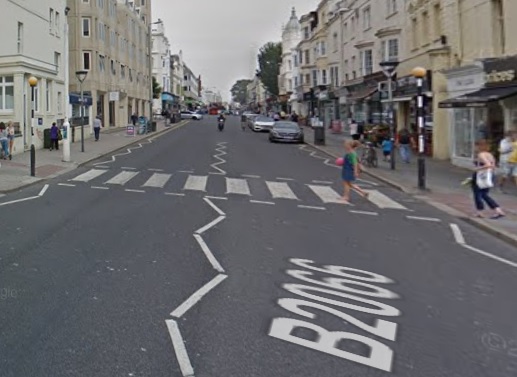 Two pedestrians were hit on a zebra crossing in Western Road, Hove, this afternoon.

Police and ambulance were both at the scene near Brunswick Place and the road was closed.

A witness said that a pedestrian appeared to have been hit on a zebra crossing.

South East Coast Ambulance Service said: “We attended reports that a vehicle had hit a man and a child in Western Road at approximately 1.50pm today.

“They were assessed and treated before being taken to Royal Sussex County Hospital.”

Sussex Police said: “Emergency services were called at 1.52pm on Friday 26 July to Brunswick Square in Hove to a collision between a car and two pedestrians – an adult and child.

“They have been taken to hospital to be treated.”

Buses were being diverted as a result.

⚠️ Due to an accident by Brunswick Place in Hove, EASTBOUND #services are diverted from Palmeira Square via Holland Road, Lansdowne Road and York Road to Waitrose. Westbound services are unaffected at the moment. Bendy buses are running between Uni’s and Old Steine only. ⚠️