The Brighton bike share scheme is to put up its charges, with fewer free minutes for annual subscribers and a £1 fee for pay-as-you-go riders to unlock a hire bike.

Labour said that this was the first time that the fees had been reviewed since the scheme started and this was necessary to “ensure its continued success and future development”.

The Conservatives said: “The most popular ad-hoc hire journeys will increase in price to the user by 66 per cent and see annual subscribers’ ‘free’ time use reduce by half.”

The first hour has been free for annual subscribers but from Thursday (1 August) new or renewing subscribers will only have half an hour free each day.

Brighton and Hove City Council, which helped fund the set up costs, said : “From (Thursday) 1 August a new tariff will be introduced on BTN BikeShare to help with the cost of running the scheme and ensure its continued success.

“It is the first time since the bike hire scheme was launched in September 2017 that the cost of hiring a bike has been reviewed.

“Introducing a revised tariff structure will bring it in line with similar national and south east schemes.

“The revised structure will include an unlock fee that overall will better reflect and support the type of trips being made.

“For pay-as-you-go customers, the main changes include

“There will also be a change to the free daily period for those with annual memberships, from 60 minutes to 30 minutes.

“This will be for new applicants and will only affect current members when they renew their subscription.

“BTN BikeShare is one of the most successful bike share schemes in the UK. Since launching in 2017, users have made 650,000 trips covering 1.25 million miles.

“It is popular with both residents and visitors and has 80,000 subscribers and growing daily. 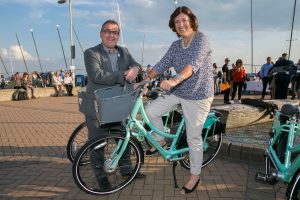 “The scheme recently expanded with an additional 120 bikes and more hubs installed in the west of the city and it is now an integral part of the city’s public transport system.

“Developing better cycling routes and encouraging the use of the bike share scheme are part of the council’s plan to encourage sustainable, active travel.

The Tories said: “The council receives 50 per cent of any surplus operating profit over £330,000 from the operator, Hourbike.

“Brighton Bikeshare was launched two years ago with a Conservative government investment of £1.6 million and £290,000 from the city’s coffers.” 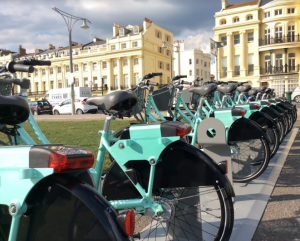 Councillor Lee Wares, who speaks for the Conservative on the environment, transport and sustainability, said: “We are frequently told that the bikeshare scheme is hugely popular and now forms part of our city’s transport network which is always welcome news.

“All parties acknowledge the need to tackle climate change and as a city we are about to consult and invest huge sums of money in making cycling more accessible and safer.

“The city is actively encouraging people to walk, cycle or use public transport to improve health and wellbeing and to achieve our carbon neutral footprint by 2030.

“So it seems counter-intuitive that at the very moment we need greater participation (and let’s not forget there are always calls for bus fares to be lower) this Labour administration intends to cash in on our desire to achieve these objectives by imposing massive increases on tariffs to use bikes.

“Labour say that the increases will still result in tariffs that are lower or comparable with other schemes but that isn’t the point.

“As, according to current arrangements, half the profits come to the council, we look forward to hearing from Labour what income this will generate and what they will spend the additional money on.” 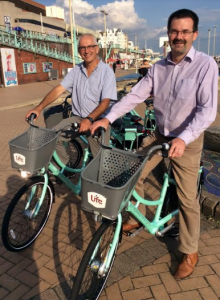 Labour councillor Anne Pissaridou, who chairs the council’s Environment, Transport and Sustainability Committee, said: “The BTN Bikeshare scheme has been hugely successful since it was introduced in the city two years ago.

“Owing to its popularity with residents, the scheme has recently been expanded in the west of the city and in total there are now 570 bikes at 68 hubs.

“We want to ensure that the scheme can continue to be accessible and enjoyable for everyone.

“With the expansion of the scheme and its growing popularity, the new tariff rates will help us ensure its continued success and future development.

“This is the first time since the scheme was launched that we have increased the cost of hiring a bike and all revenue made by the council from the scheme is invested back into it.”