Thirteen women on a hen night had to be rescued from a lift at a Brighton hotel, East Sussex Fire and Rescue Service said last night (Monday 29 July). 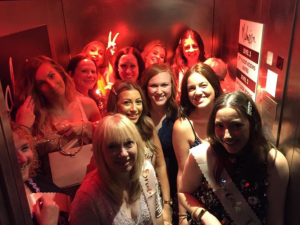 The hen party found themselves stuck in the lift at the Malmaison hotel at Brighton Marina on Saturday evening (27 July).

Celine Messer, sister of the bride-to-be Chloe Messer, tweeted pictures and thanks to firefighters from Preston Circus in Brighton who came to their rescue.

She said: “Massive thanks … for rescuing us hens from the Malmaison lift on Saturday night.”

The fire service said: “We are issuing advice for owners of buildings with lifts after a hen night ended up stuck in a lift in Brighton.

“East Sussex Fire and Rescue Service was called to reports of people stuck in a lift at a hotel at 7.04pm on Saturday night.

“Two fire engines were sent to the scene at Brighton Marina.

“A group of women on a hen night were freed.

“There were no reports of any injuries.” 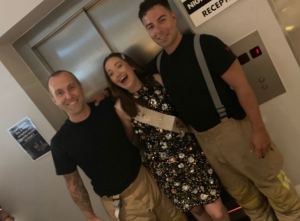 Chief Fire Officer Dawn Whittaker said on Twitter: “It’s our pleasure to assist. Maybe less in the lift next time so you don’t get too ‘cooped up’. Hope the rest of your celebration went to plan.”

Masssssive thanks to @EastSussexFRS for rescuing us hens from the Malmaison lift on Saturday night 🤦🏽‍♀️ pic.twitter.com/pMB5KTzN9K