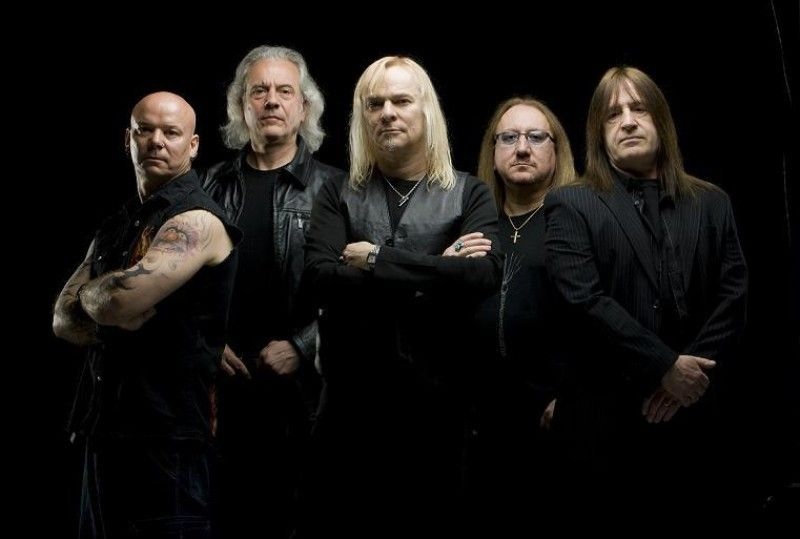 The British classic rock icons Uriah Heep who formed in London in 1969, are set to hit the road to celebrate their current release, the ‘Living The Dream’ album. They will be appearing at the De La Warr Pavilion in Bexhill-on-Sea on Friday 6th December – tickets HERE.

Uriah Heep debuted in 1970 with the release of one of hard rock’s milestones, ‘Very ‘eavy… Very ‘umble’ and have since sold in excess of 40 million albums worldwide. They constantly tour the world, playing up to 125 shows a year to 500,000+ fans. The band’s live set features the classic tracks from the ’70s and is a musical journey from the band’s beginnings to the present day.

Along with Led Zeppelin, Black Sabbath and Deep Purple, Uriah Heep helped invent a decorative and uniquely British form of heavy metal with their debut album, ‘Very ‘Eavy, Very ‘Umble’, offered as a self-titled on American shores, but whatever the titling, historically massive in the invention of a music format that would rule the ‘70s and only intensify in the ‘80s.

Uriah Heep have been responsible for the most elevated and intelligent use of vocals in a heavy metal context amongst the major bands inventing the genre in the 1970’s. It is for this reason Heep were coined the Beach Boys of Heavy Metal, and their influence is there for all to see in other bands including ‘Queen.’ They were also one of the forerunners of using the Hammond organ along with Micks signature wah wah guitar and this became the template for their sound.

Success has followed the forging of such an audacious formula. Across 25 studio albums, along with myriad live releases and compilations, Uriah Heep have managed to sell 40 million records worldwide, four million of those in the US. Impressive American numbers, but that leaves 36 million records to be sold in the rest of the world, underscoring the fact that Uriah Heep have become, through their relentless dedication to touring, a truly global band, with particular success in Germany, Scandinavia, Japan, Eastern Europe and Russia, where they were the first Western rock band to play live in Moscow in December 1987 to 180,000 people.

Through their success as Rock n’ Roll pioneers this enabled other bands to follow in their wake and Russia is now part of every bands touring schedule. 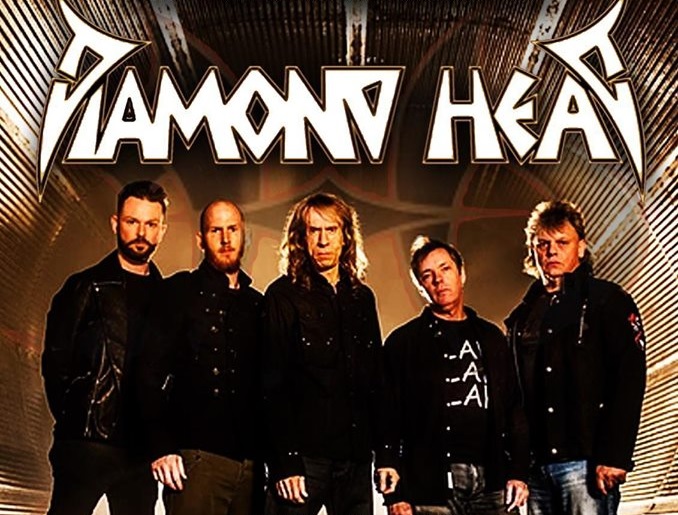 Support at the De La Warr gig will be Stourbridge’s Diamond Head who are Rasmus Bom Andersen (vocals), Brian Tatler (guitar), Abbz (guitar), Dean Ashton (bass) and Karl Wilcox (drums), and have released their new album ‘The Coffin Train’ on 24th May.

More on them HERE. 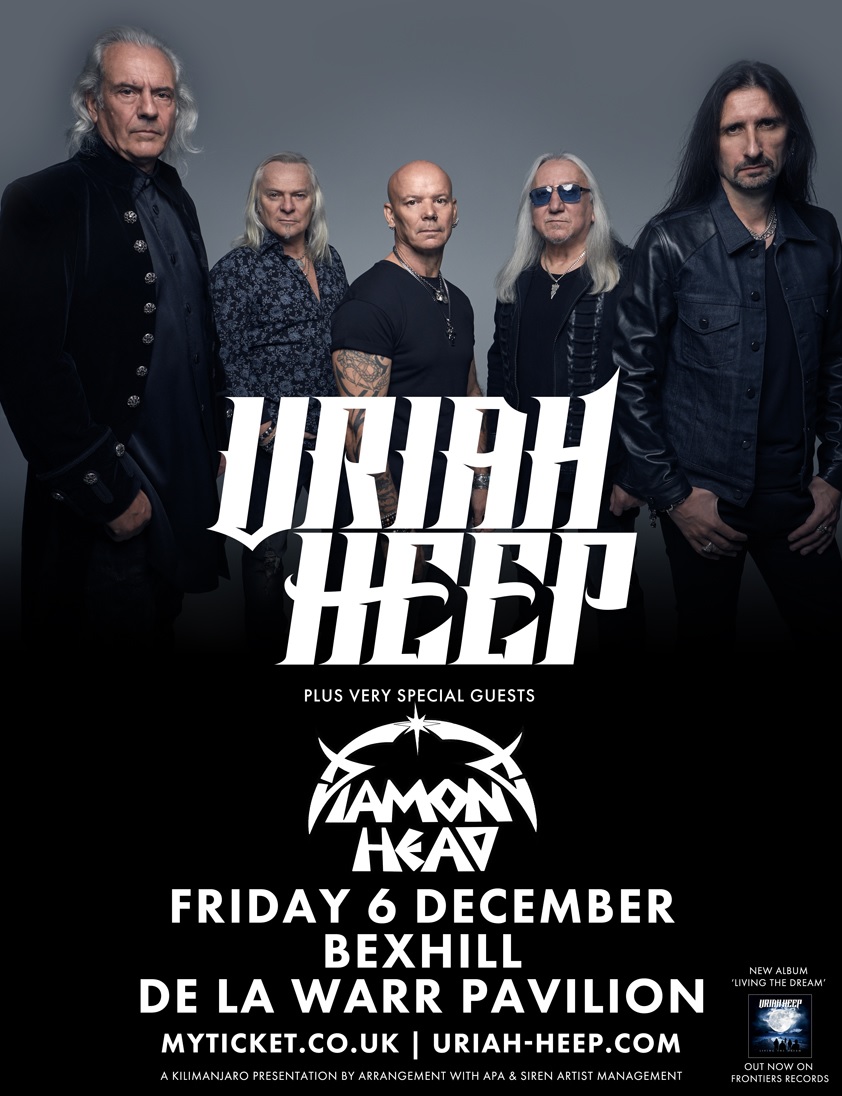