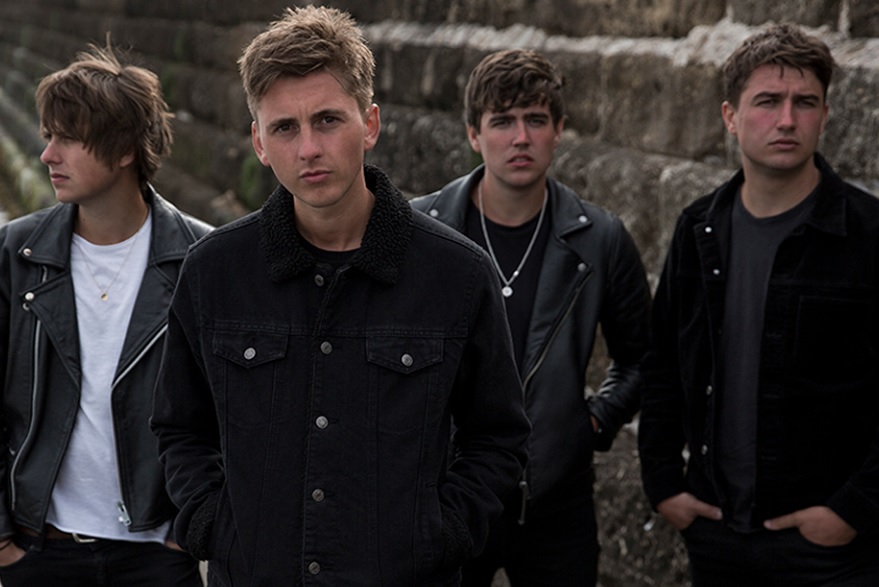 UPDATE: PLEASE NOTE THAT THIS SHOW HAS BEEN RESCHEDULED

We are deeply sorry to inform you that The Sherlocks have had to postpone their UK tour due to health issues that need further attention during this period. All tickets remain valid for new date. Refunds available at the point of purchase.

Hot off the back of their Reading and Leeds festival and Portsmouth’s Victorious festival appearances, The Sherlocks have announced an autumn UK and European tour, which includes an appearance back at the Concorde 2 in Brighton where they played on 10th October last year. This time around the date was to be Tuesday 29th October, but now is Thursday 5th March 2020- Grab your tickets HERE and HERE.

The Sherlocks latest single ‘Magic Man’ is taken from forthcoming second album ‘Under Your Sky’ which will be released on October 4th on Infectious Music. ‘Magic Man’, their latest track to be aired from the album is a high energy track that’s skilfully crafted from the off, opening with big stadium ready guitars, melodic infectious riffs, pounding rhythms and honest and reflective vocals as Kiaran effortlessly sings; “Hold on I’m coming for you…just tell me where to go and I’ll come running for you …I’m doing the best I can…I’m not a magic man and I know I get it wrong…”

‘Magic Man’ is the second track to be shared from their new album after lead single ‘NYC (Sing It Loud)’ which featured actor and friend of the band, Thomas Turgoose in the video (‘This Is England’/’Game Of Thrones’).

With their 2017 debut album ‘Live For The Moment’, Sheffield quartet The Sherlocks established themselves as key contenders in a new wave of British bands keeping alt-rock and indie vital for a new generation of fans. The album fired into the charts at No.6 as the band inspired devotion wherever they went, from shows with Liam Gallagher, an international array of festival dates to rapturously received shows in Japan.

While ‘Live For The Moment’ remains a scintillating insight into the hedonism and heartbreak of youth, ‘Under Your Sky’ finds frontman Kiaran Crook writing songs which bridge the exuberance of youth with the reflection and maturity of young adulthood. 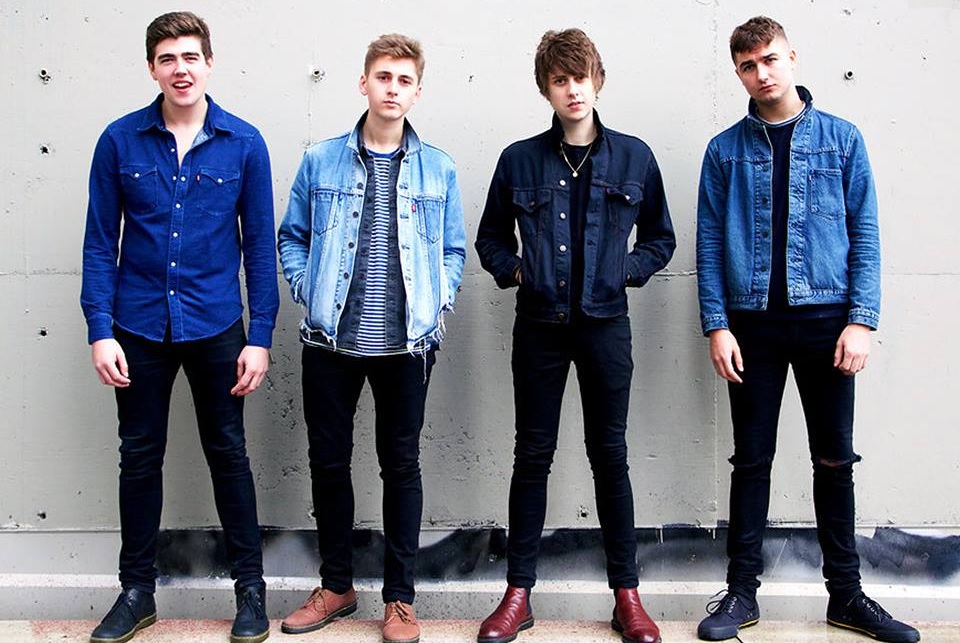 That approach – worldly songs with one eye cast homeward – is perfectly demonstrated in the album’s lead single ‘NYC (Sing It Loud)’, which received its exclusive first play courtesy of Annie Mac at Radio 1. “I wanna see the world with you,” Kiaran sings, imagining “getting lost in the city for a day” with someone left behind.

“It was the first proper American tour we’d done and I was blown away by the place,” he explains. “The other side was wishing certain people could be there to see it with me. When you know people are at home and you’re having such a good time, you think, ‘If you could see what I’m seeing.’ Even though I’m in New York, I’m still thinking about people at home who I wish could see New York who have never been and may never go.”

The songs are largely born from experiences, often specific to Kiaran in circumstance but largely universal in emotion. The driving ‘I Want It All’ reminisces over a gloriously stormy festival weekend in Wales, along with other memorable moments Kiaran has spent with a special someone. Then the Springsteen-tinged ‘Time To Go’ celebrates the more casual romantic encounter.

Whether despairing over the ambitions lost to people doing McJobs on ‘Dreams’ or dissecting the various stages of relationships on ‘Waiting’ or in the album’s heartbroken, epic finale and title track, Kiaran also found inspiration from the stories and circumstances of people in his hometown. Naturally it’s a collection that leans towards the melancholy, but vitally there’s hope for better times ahead too.

This time around, The Sherlocks- completed by Kiaran’s brother Brandon (drums) and the Davidson siblings Josh (guitar) and Andy (bass) – opted for a more structured recording process that they had with their debut. They spent four weeks working Monday to Friday at Liverpool’s Parr Street Studios, with The Coral’s James Skelly on production duties.

The result is tighter, brighter and ultra-modern, benefiting from Skelly’s knack for focusing on a killer chorus and smattered with stylistic swerves into new wave, ‘80s textures and all-out feedback. It’s as much The Killers or The Cars as it is Catfish- a real 21st century rock record with stadiums in its sights.

“The first album was us four in a room,” Kiaran summarises. “We wanted to make it really raw like the Arctic Monkeys’ first album or Kings Of Leon’s. We wanted to capture the live sound and polish it up a bit. With this one we’ve taken it a step further and made it slightly smoother and put more keyboards in. Rather than having the guitars thrashing all the time we’ve tried being a bit sweeter with it. It sounds more contemporary, I can hear it on Radio 1.” 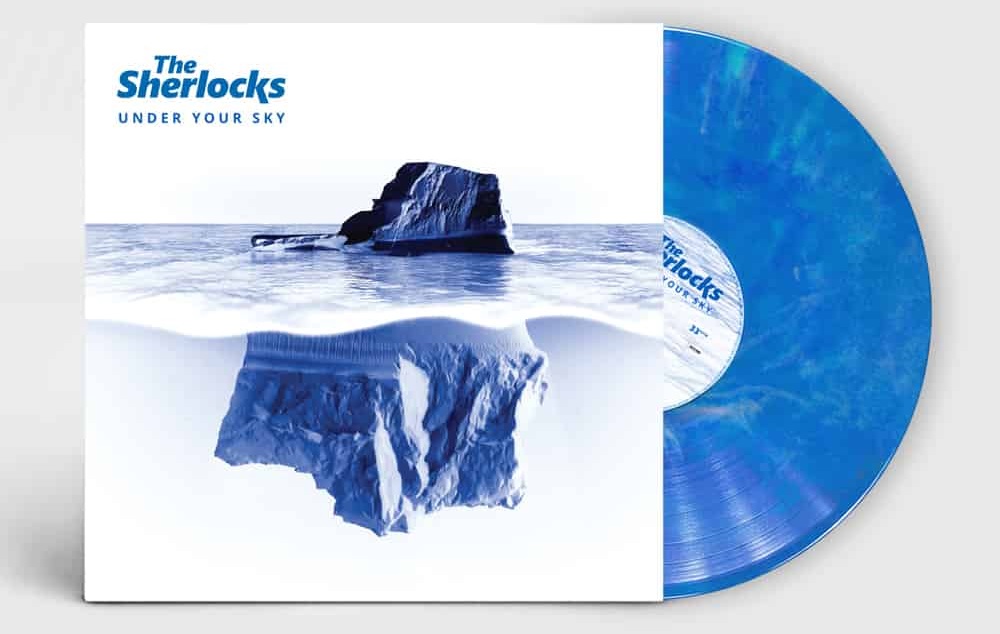 The Sherlocks forthcoming album ‘Under Your Sky’

Now available to pre-order from TheSherlocks/UnderYourSky, ‘Under Your Sky’ will be released on digital, streaming, CD, vinyl and cassette formats, plus a limited edition galaxy blue vinyl with alternative artwork.

Fans who pre-order the album from The Sherlocks’ official store will gain access to a pre-sale for tickets for the band’s upcoming headline tour.

Purchase your tour dates tickets HERE and find out more about the band HERE.