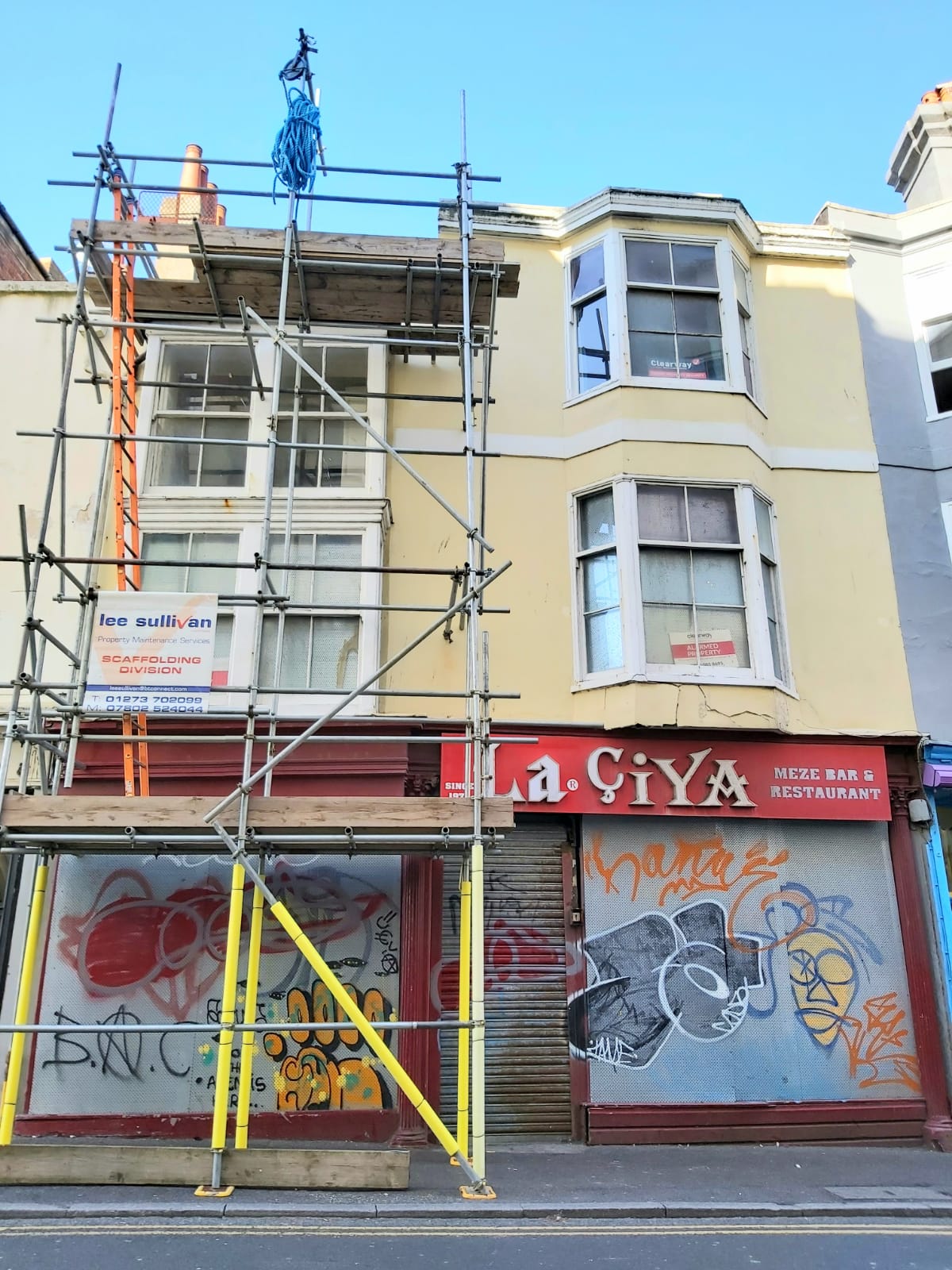 A new homeless centre is set to open on Brighton seafront dedicated to getting first time rough sleepers off the streets.

The city council has lodged a planning application for the assessment centre in a former Turkish restaurant opposite the Queen’s Hotel.

It will form a hub for the No Second Night Out project, which aims to ensure that nobody has to spend a second night on the streets after being found by St Mungos Street Outreach Service.

Rough sleepers will be put in contact with other services from the centre, and there will also be “crash beds” available for up to 72 hours, as well as a shared room residents can use for up to a month.

The application says: “During the client’s stay, workers will complete an in-depth assessment and create a person-centred housing plan for the client that identifies the fastest and safest route off the street for that person.

“Workers liaise with services, negotiate and advocate on a client’s behalf, and where necessary accompany individuals to local services.

“The support staff onsite will assist people in range of ways which will include claiming benefits, ordering ID, reconnecting with friends and family, addressing health issues.

“They will be working in partnership with key services and community groups in the city. In addition, the service will have a robust community impact protocol and will work closely with the police and other partners as necessary.”

At least three staff will be on site around the clock, and only people who are sent there by the outreach team will be able to use it.

Unlike the proposed night shelter, the team will only refer people new to street sleeping to this service.

The application says the site has been chosen following a detailed search over the last 18 months, which did not find any other suitable premises.

It says: “Numerous other properties have been explored such as music venues, offices, church halls and existing day centres but none have 24 hour availability, and lack fundamental facilities.

“Access to shower and toilet facilities is essential as well as basic facilities to prepare food and drink and in addition, this building offers shared rooms, which none of the other premises used in the past had available.

“Where the council has utilised commercial buildings for rough sleeping services over the last two years, they have lacked showers and cooking facilities.

“This made the services only suitable for short term and night time only use, and meant that people were back out on the streets during the day.”

Meanwhile, councillors are today set to approve procurement for a combined night shelter and supported accommodation contract after the search for somewhere to host a council-run night shelter drew a blank.

Council officers are proposing that the budget for the night shelter (£250,00 a year) and supported accommodation (£200,000 a year) are combined in a new contract for both services to be run together.

The proposal will be discussed at this afternoon’s Housing Committee, which meets at 4pm at Hove Town Hall.

A council spokeswoman said: “If taken forward these two services will add to the range of services available for some of the most vulnerable people in our city and bring us closer to achieving our aim of ending street homelessness in Brighton and Hove.”