Brighton Kemptown MP Lloyd Russell-Moyle has hit back at claims that his campaign team were stuffing envelopes with official Commons stationery. 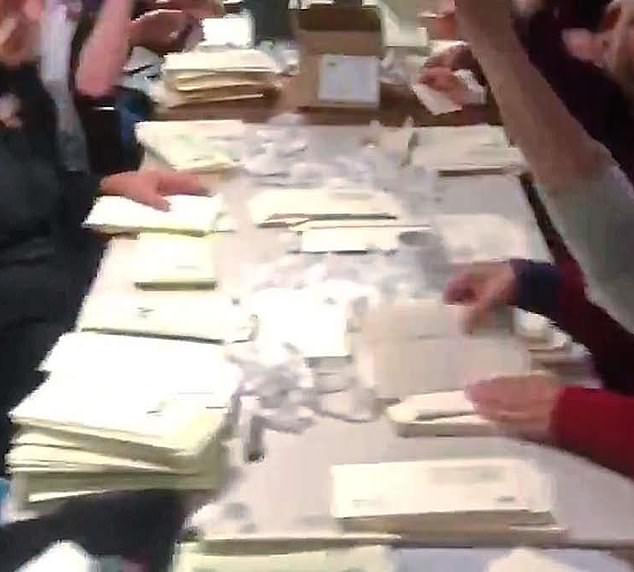 The only paperwork bearing the parliamentary logo was for constituency case work, he said.

And there is nothing in the rules about case work correspondence being handled by his team as he urged them to give the Tories a stuffing at the forthcoming general election.

It followed a story in the Mail on Sunday yesterday, headlined: “Corbynista delivered a blow.”

The short story said: “Commons rules could not be clearer: taxpayer-funded stationery such as pre-paid envelopes are forbidden for use in ‘connection with work for or at the behest of a political party’ including ‘the return of any person to public office’.

“So when hardcore Corbynista Lloyd Russell-Moyle tweeted his first campaign video on Wednesday evening showing his team stuffing envelopes, eagle-eyed opponents were quick to spot what looked a lot like official Commons stationery with the distinctive portcullis logo, inset, and silver stamp.

“A complaint is apparently already on its way to the authorities.”

He said that the incident also highlighted the unsatisfactory way that MPs are hindered from passing on case work to their successor should they lose their seat at an election.

And it supported the case for MPs’ office staff to be employed directly by Parliament rather than, as now, by individual members.

3 hours ago we asked if anyone was available to help stuff some envelopes.

This is how many people showed up!

Get ready for a fight @BorisJohnson, we’ve got a people powered campaign and we’re ready to win! pic.twitter.com/wHbsvqqxF5