A jury has been told how drug dealer Daniel Macleod stabbed a Brighton man Abdul Deghayes to death just off Elm Grove earlier this year.

Deghayes’s parents were in the public gallery and his weeping mother Einas was helped from the room at Hove Crown Court as the details of her son’s death were set out.

Adam Feest, prosecuting, said that 22-year-old Abdul Deghayes was killed by Macleod who stabbed him eight times in “a short but vicious attack”.

“He managed to leave the scene – even though he had been stabbed a number of times – with the help of his friend Colby Broderick.

“But he collapsed in the car he was travelling in and that caused Mr Broderick to crash.

“Emergency services attended the scene very quickly – but the ambulance crew were unable to save Mr Deghayes’ life.”

His wounds were, in essence, untreatable, Mr Feest said, adding: “He was pronounced dead in the early hours of the next morning.

“A later post-mortem examination showed that he had been stabbed eight times, most notably in the abdomen and kidney and in the left upper leg.

“That injury cut the femoral vein and artery … caused significant, serious and immediate bleeding.  This in turn led to loss of consciousness and death.

“Mr Deghayes’ presence in that location that night was drug related. He had telephoned a drug dealer known to him as ‘Frank’ to buy some drugs earlier that evening.

“Frank came to the scene with another but Frank got out of the car alone to meet Mr Deghayes. Frank’s companion, whoever that was, remained in the car, a Citroen C4.

“It was Frank who killed Mr Deghayes. He was seen there by Colby Broderick, who knew him and later identified him. 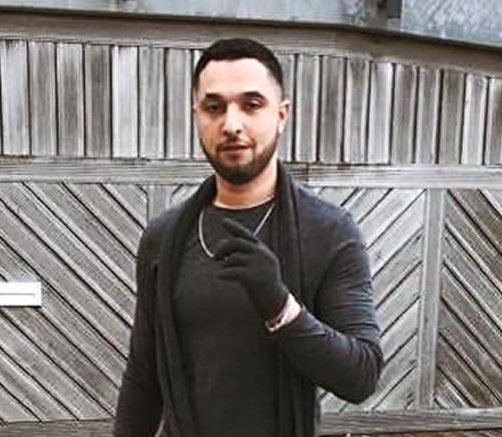 “Various investigatory techniques around vehicle recognition and telephones show that he travelled to Brighton from his home address in Crawley earlier that day, being at the location of the stabbing when it happened, and then returning – using a different vehicle – home later that night.

“In this endeavour he was helped by the second defendant Stephen Burns.

“The Citroen car that he had been using all day was later found to have the blood of the murdered man in it.”

Burns, the court was told, had spent much of the day playing billiards in Burgess Hill.

Mr Feest said: “It was this car that Colby Broderick saw bring the first defendant to the scene of the murder and take him away from it afterwards.

“The vehicles must have then been swapped as the two defendants, no doubt seeking to avoid detection, used a different car to go back to Crawley.

“That this was a drug-related murder is clear. It may well be that the exact motive for the killing will only ever be known to the defendants.

“Some clue is given by a telephone call made by the second defendant to Colby Broderick shortly after the stabbing during which he told Colby that Abdul Deghayes had recently robbed him of drugs.

“It may well be that the stabbing was in some form of revenge for that perceived slight.

“The involvement of the first two defendants in a significant drug-dealing operation, together with Abdi Dahir, who has pleaded guilty to the drugs aspect, is shown by the large amounts of drugs, money and drug paraphernalia found at addresses linked to these defendants.

“It’s shown by the telephone contact between them and the other various links which exist between all three of the drug-dealing conspirators.

“In the aftermath of the killing, no doubt in order to avoid detection for it and disruption of the drug network that was likely given the inevitable police scrutiny that would follow, all three defendants took steps to protect themselves and their lucrative business, changing vehicles, changing their telephone numbers and swapping SIM cards.

“Abdul Deghayes was killed by the first defendant, stabbing him a number of times during what must have been a short but was a vicious attack nonetheless.

“When questioned by the police, no explanation was given by him, either as to his presence or otherwise at the scene, or his actions.

“In relation to the second defendant, his activities that night were intimately intertwined with those of the first defendant in such a way that he must at the very least have known about it shortly thereafter when he took steps to help his drug dealing associate get away from the scene, and later the Brighton area, and deal with what had taken place.

“This was a killing that occurred against the background of a serious and significant drug-dealing enterprise.

“During the course of these proceedings, the third defendant (Dahir) has pleaded guilty to conspiracy to supply class cocaine, ecstasy (MDMA) and cannabis.

“He will play no part in the trial, although his name will appear and there will have to be some scrutiny of his activities.

“The first defendant and the second defendant have also pleaded guilty to the same drug dealing offences.”