A Brighton fish and chip shop worker who helped run a cannabis factory was given a last chance by a judge yesterday (Thursday 7 November).

Harry Imbimbo, 28, was given a two-year prison sentence suspended for two years, having pleaded guilty to being part of a conspiracy to produce cannabis.

His co-defendant, Jacqui Narvaez-Jimenez, 54, was jailed for three and a half years for her role in running the cannabis factory.

Narvaez-Jimenez, who had no previous convictions, had denied the offence – and a charge of abstracting electricity – but was convicted by a jury.

At Hove Crown Court, Judge Christine Henson told Imbimbo that he had been failed by the system but that he was finally receiving the help that he needed.

She told the court: “If I see him again, I will lock him up.”

Imbimbo, who works in a chip shop in King’s Road, at the bottom of Ship Street, Brighton, was ordered to wear an electronic tag for three months and obey a 10pm to 8am curfew. He was also ordered to carry out 15 days of rehabilitation activity.

Judge Henson told Imbimbo, also known as Harry Rogers or Junior Imbimbo, of First Avenue, Lancing: “You are easily led and swayed by others to do things. It seems to me that there have been a lot of system failures up to this point.

“This sentence will hang over you for the next two years. If you don’t comply with the conditions or you commit a new offence, you will be sentenced for the new offence as well as having to serve the two years.

Solicitor advocate Jason Halsey, for Imbimbo, said that when police had been looking for him, he handed himself in and said that he was entirely responsible for the cannabis factory.

Mr Halsey added: “He’s not a leader of men. He’s a follower.”

Piers Reed, prosecuting, had just told the court that the cannabis factory had been set up in a building in Pier Road, Littlehampton.

It had been adapted and cannabis was being dried out there to be prepared for sale on the streets. 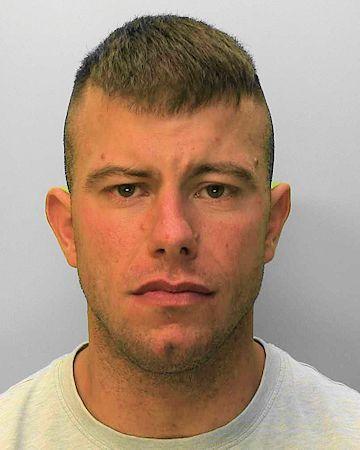 Mr Reed said: “There was a cycle of production. It was a relatively sophisticated operation but we’re not dealing with a sophisticated individual.”

The cannabis factory came to light after a fire at the premises, possibly resulting from a bodged attempt to bypass the electricity meter.

Referring to Imbimbo, the judge said: “He’s got an appalling record but nothing like this.”

The judge heard that Narvaez-Jimenez was a mother of two with a “positive good character” as several references suggested.

Her solicitor advocate Kevin Light quoted from them, saying that she was “good, kind, hard working … a supportive person”. Another referee called her “a fantastic person who’d given … huge support”.

Narvaez-Jimenez, of Ardingly Drive, Goring, had worked as a volunteer at the Citizens Advice Bureau in Worthing.

But she owned the building used as a cannabis factory and had a significant role in the operation, the court was told.

The judge said that the factory was found only because of the fire. It contained 79 plants – enough to make almost 6kg of cannabis for street sale.

The haul was described outside court as having been worth tens of thousands of pounds.

Judge Henson ordered the destruction of Narvaez-Jimenez’s phone and, jailing her, said: “This was an operation capable of producing significant quantities for street use.”