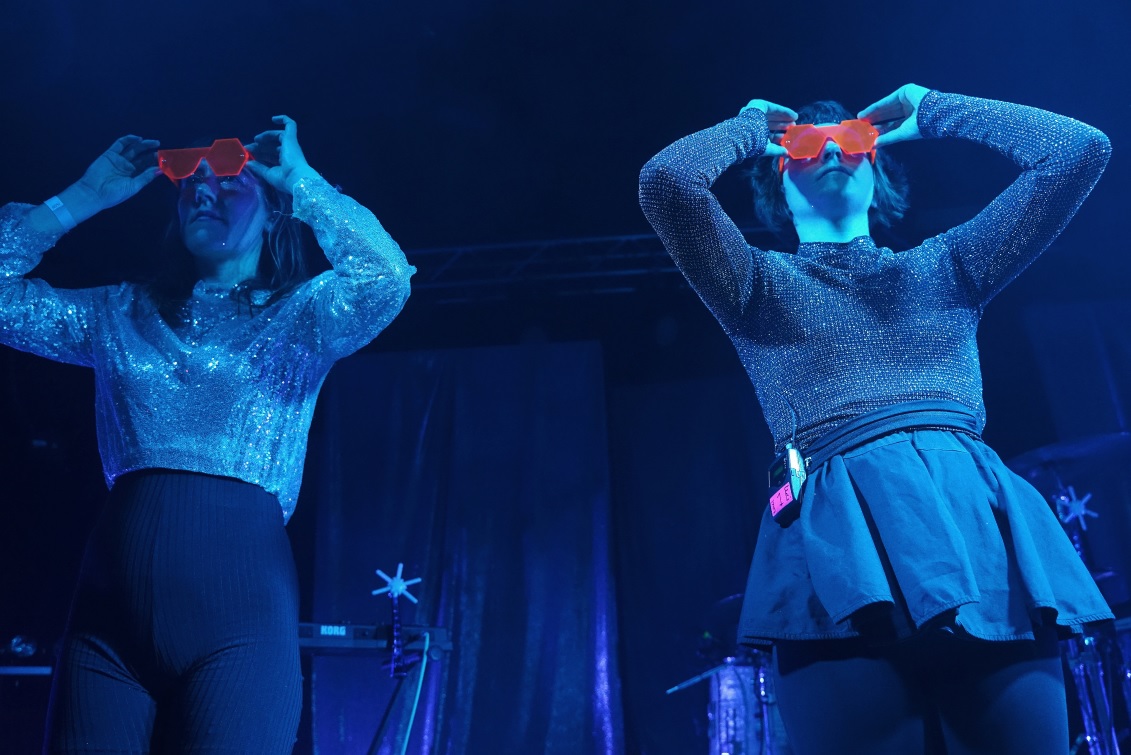 It’s a very busy pre-Christmas Saturday night in Brighton with everyone out to enjoy the festivities or to watch the Anthony Joshua Vs Andy Ruiz Jr fight in the heaving pubs of the city centre. I’m here to see Stealing Sheep, the Liverpudlian experimental pop trio consisting of Rebecca Hawley (vocals/synthesisers), Emily Lansley (vocals/keyboards/electric guitar/bass guitar) and Lucy Mercer (vocals/drum machines/percussion/acoustic drum kit). They have been making waves all over the UK since their formation in 2010. The event is at CHALK (formerly the Haunt) which is one of the best mid-sized venues in Brighton at the moment due to the dramatic renovations earlier this year.

Stealing Sheep are known for their euphoric dance-pop beats, intuitive harmonies and on-stage theatrics. Their latest album ‘Big Wows’ was released in April this year and has been receiving fairly positive reviews. It is full of fresh candy-coloured sounds, buzzy dance breaks and fizzy pop bangers. They are being supported tonight by Vide0, the synth-pop duo that started as two co-workers who formed a band and seem to be having a lot of fun with it. 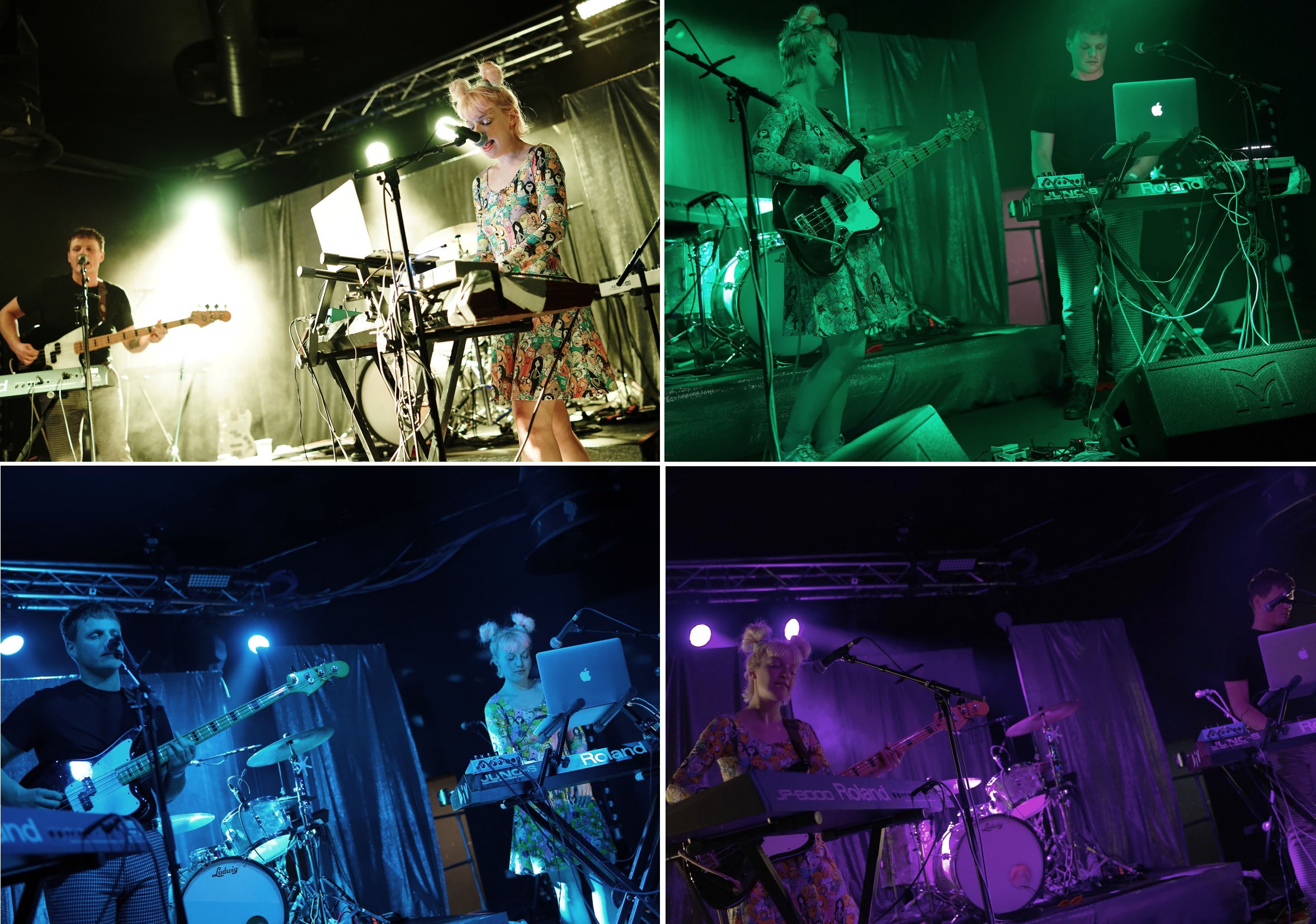 First to the stage at 7:30pm prompt are Vide0. The two-piece consist of Alex Brown and Pastel Castle and they take to the stage with some amazing pieces of fashion with Pastel dressed in an incredible ‘Adventure Time’ dress and space buns and Alex is sporting some very trendy trousers.

They use a combination of bass, keyboards and synths to create something which is a bit pop, a bit dance, a bit funk and all groove. The beats are infectious and the vocals cut through the instrumentation with precision and accuracy. They play a 6 song set which is bouncy and doesn’t overstay its welcome. There are some technical difficulties between the 5th and 6th songs, which are covered with some loops, while it is quickly fixed by the pair and the sound engineer. Within their last song of the set ‘You Make It Easy’, they use a strobe light combined with a higher bpm to create a trance-like atmosphere. The songs use of deep bass and sharp, crunchy claps are used to their best effect. I would recommend Vide0 as a bit of a hidden gem, who are doing some really interesting things and I look forward to seeing what direction they take within a debut EP or album.

In the interlude, the venue gets a lot busier. Me and the photographer, Micheal, grab a beer from the bar and listen to some of the bassy tunes being pumped out of the sound system. The stage is set up with a shiny cloth background with a sharp blue light shining on it to reflect and sparkle into the crowd. 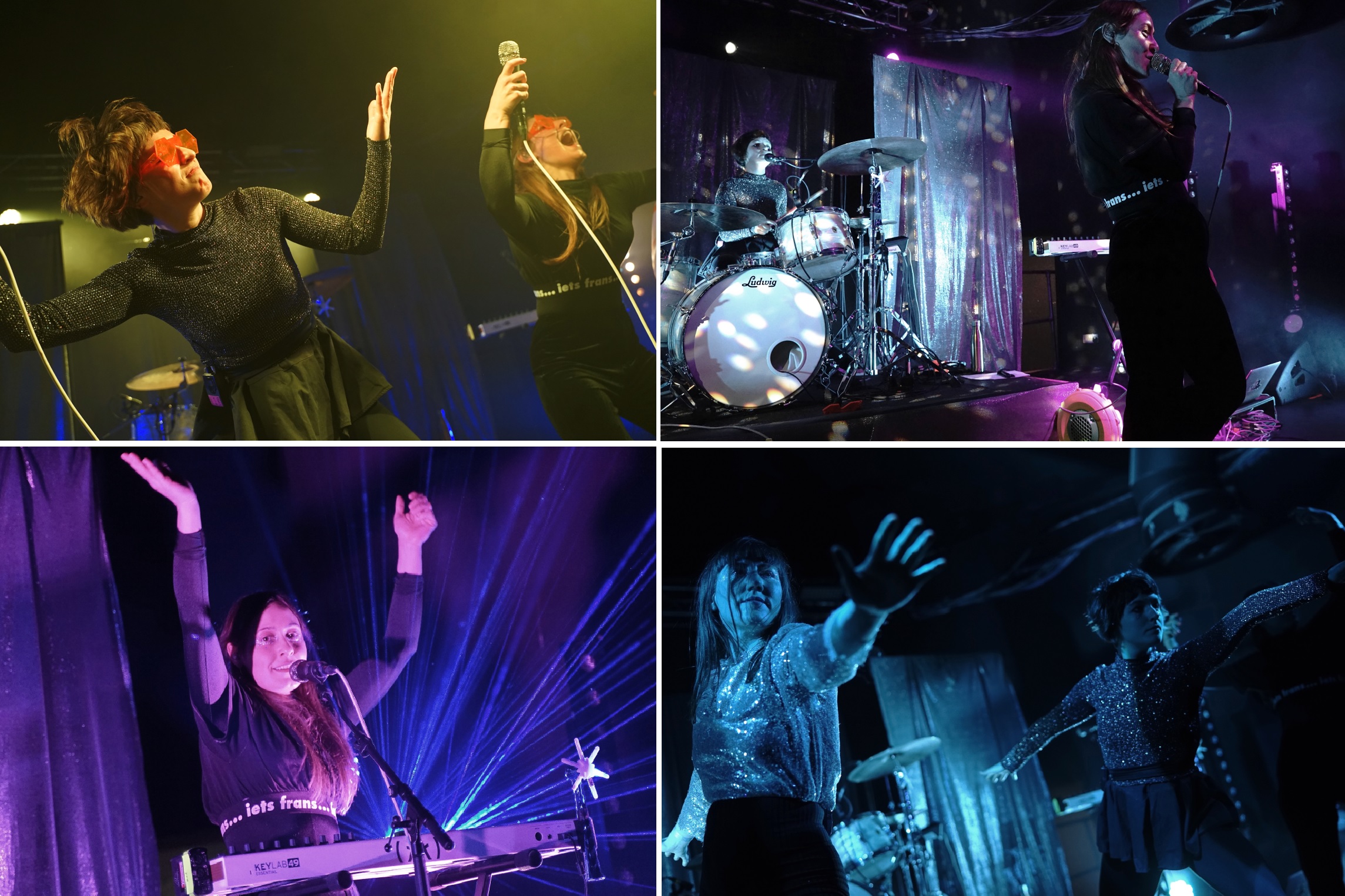 Stealing Sheep’s debut studio album ‘Into The Diamond Sun’ was released in 2012 and was followed by the band’s second album, ‘Not Real’ in the spring of 2015. For this album they developed a more electronic sound, featuring analogue synths and drum machines. Their third offering ‘Big Wows’ was unleashed on Friday 19th April 2018 and is heavier, harder and weirder than Stealing Sheep’s previous work. Bold neon pop songs with rave percussion, steel-pans, dreamy segues and breathy experiments. It can be purchased/streamed from HERE.

Stealing Sheep come on to the stage in a cloud of hazy smoke and begin their highly choreographed performance with earth-shaking bass and a deep voiceover while the trio starts dancing in unison. At this point I realised this wasn’t going to be a regular show, it was going to be a spectacle.

They play a 16 song gig, all of which is stellar in its instrumentation and vocal quality, however, I did find that the bass was too high throughout the entire gig leading to a slightly muddy sound. They move like automaton in a quite robotic way, this illusion is only broken when one of the three cracks a smile and regains some of their humanity. The sound and vibe of the evening is glittery and space age. This is a certain brand of pop music which is not currently influenced by hip-hop, it’s a bit retro and a lot of fun. Before the music has time to get a bit samey the trio add a new component into the mix. These include inflatable outfits, a giant inflatable sheep and light up pinwheels leading to the performance never having a dull moment.

The use of lasers and a calypso drum pad with a lot of reverb create some brand new soundscapes which are incredibly pleasurable to witness. There is so much fog I might choke. They leave the stage for a couple of minutes and play an encore which includes the bands biggest songs being ‘Jokin’ Me’ and ‘Shut Eye’, and not surprisingly these get the best reactions from the crowd. This is experimental pop at its best. The use of the large inflatable sheep being thrown around the crowd is pure childish fun at its most innocent. They leave the stage to thunderous applause seeming proud and confident knowing that they smashed it.

I would highly recommend seeing Stealing Sheep if they come around again. Their show was full of delights and sugary beats. I would also recommend giving their latest album a listen to see if this kind of music is your thing. 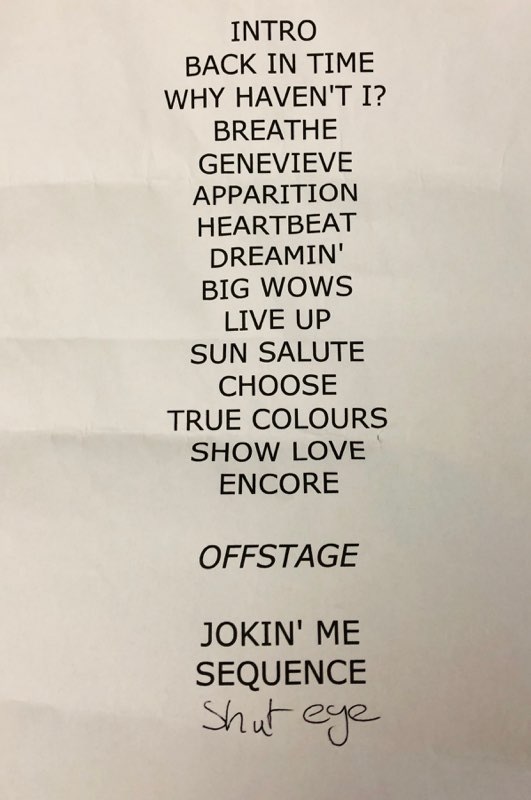 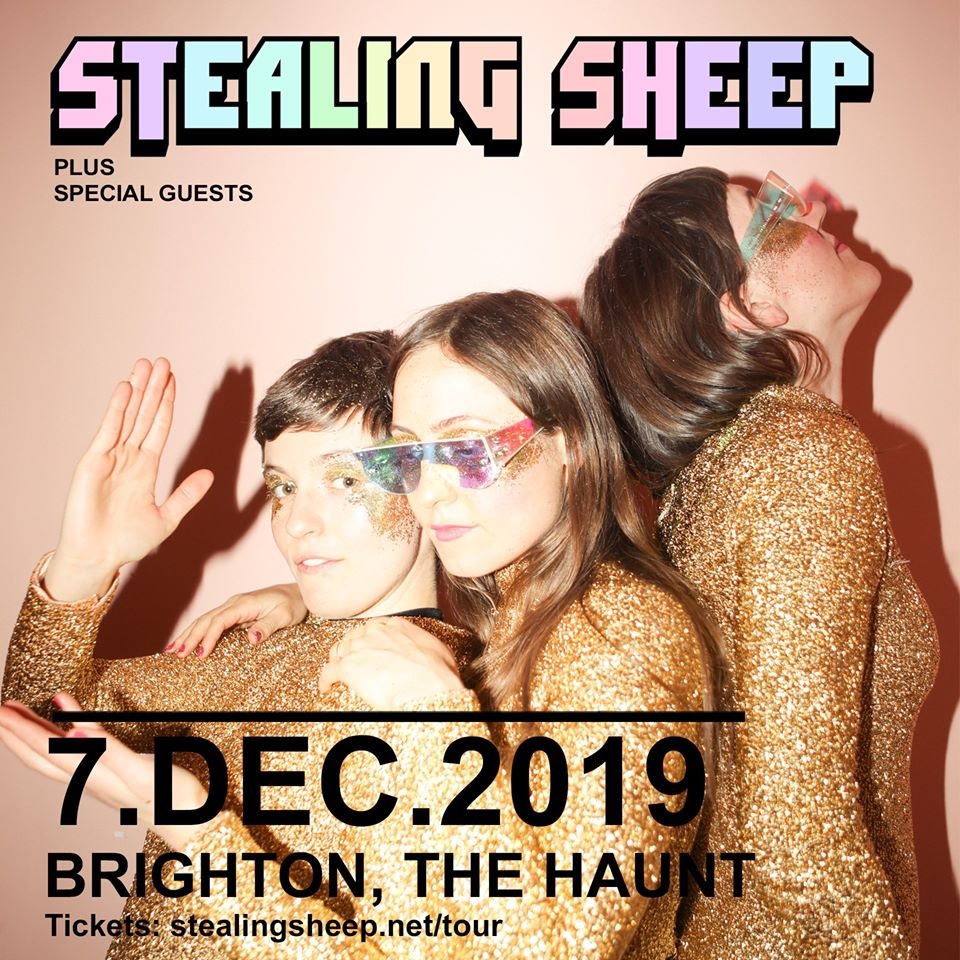 Why ideology should be left at the school gate