Rail chiefs have ordered emergency work to take place to try to prevent a landslip on the Brighton main line at Wivelsfield. 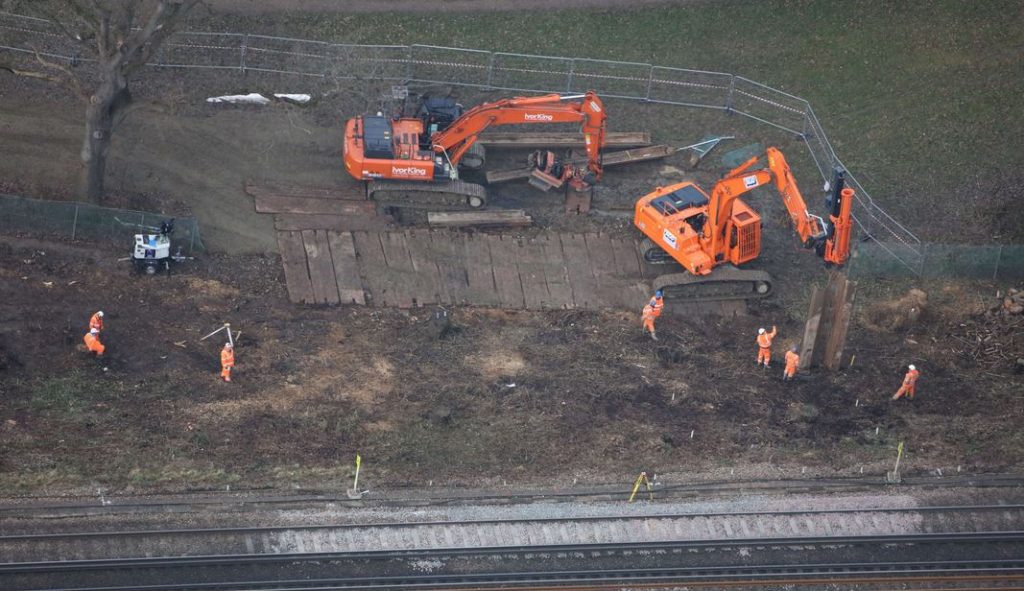 Network Rail said that trains would still run while the work was carried out but they would be subject to speed restrictions.

The track operator said: “Network Rail is carrying out emergency works at Wivelsfield, near Haywards Heath, to strengthen an embankment and prevent a potential landslip.

“The section of track on the Brighton main line was being monitored by Network Rail following months of heavy rain, to ensure crews could act quickly when the land began to move.

“Seven months of rain fell in three months from October to December this year, with England recording its fifth wettest autumn ever.

“Train services are continuing to run while the works take place to minimise the disruption to passengers, with a temporary speed restriction now in place to ensure the works can be carried out safely.”

Network Rail’s route director for Sussex, Shaun King, said: “We knew this stretch of railway was vulnerable to the terrible weather we’ve been having and we had it monitored.

“The moment we saw signs of trouble, our team sprang into action. And work to get this line shored up is well under way.”

Network Rail said yesterday (Tuesday 31 December): “Sheet piles are being driven into the soil at the bottom of the embankment to form a wall of steel.

“This will then be backfilled with aggregate and the slope regraded – made less steep. 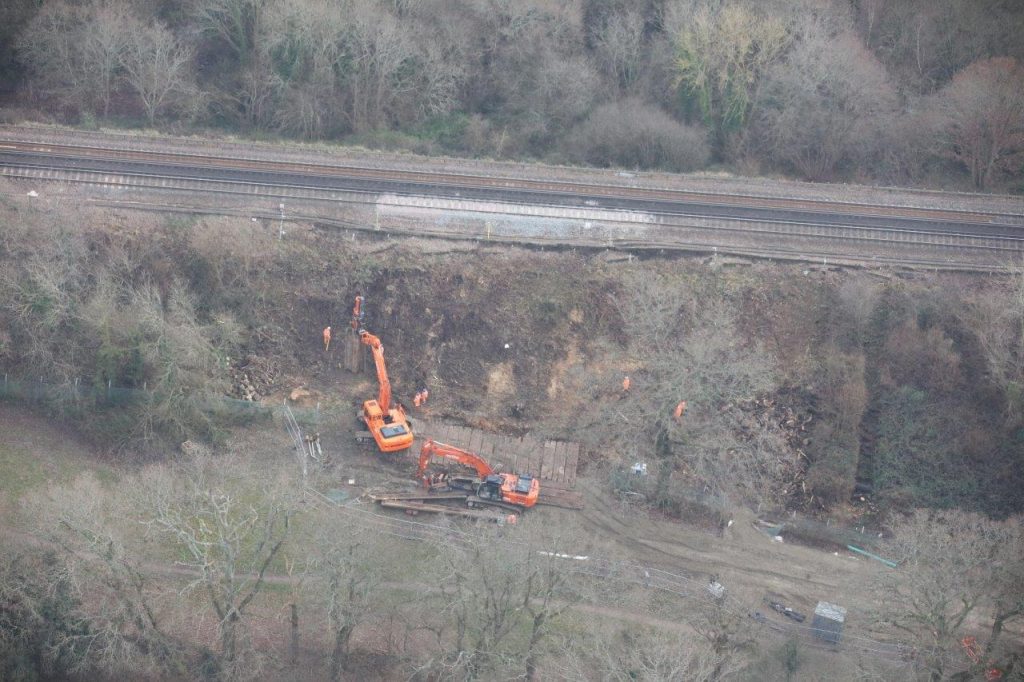 “The work began on Christmas Eve and will continue until early January, after which Network Rail will continue to closely monitor the site and make sure the embankment has been stabilised prior to raising the line speed.”