Brighton police inspector sacked after having sex on duty

A Sussex Police inspector based in Brighton has been sacked after having sex on duty. 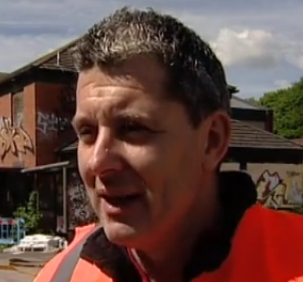 Inspector Tony Lumb also had “improper relationships” with “vulnerable women”, having them met them through police work.

Sussex Police said: “A police inspector who took advantage of his position to engage in improper relationships with a number of vulnerable women in the course of his duties has been dismissed from Sussex Police.

“Inspector Tony Lumb chose not to appear before an independently chaired misconduct hearing at Sussex Police HQ on Friday (January 24) to face allegations that he had breached standards of professional behaviour in respect of authority, respect and courtesy; duties and responsibilities; and discreditable conduct.

“The panel heard that he had formed inappropriate relationships with five vulnerable women and acted inappropriately on several occasions between 2002 and 2016, when he engaged in sexual activity while on duty.

“The panel found the majority of the allegations proven but found insufficient evidence with regard to one of the women he was alleged to have had an inappropriate relationship with.

“Inspector Lumb was suspended at the point of allegations coming to light in 2017 and the case was referred to the Independent Office for Police Conduct (IOPC) for a full investigation.

“In 2018, the IOPC subsequently directed Sussex Police to progress a gross misconduct hearing following a review by the Crown Prosecution Service (CPS).

“The CPS concluded that there was no criminal case to answer but it was then subject to a further review following a victim’s right to appeal.

“The appeal was not upheld, at which point Sussex Police were able to commence arrangements for the misconduct hearing.”

The head of professional standards at Sussex Police, Chief Superintendent Lisa Bell, said: “We expect the highest possible standards of our officers and staff and we take any report of inappropriate behaviour extremely seriously.

“Tony Lumb’s behaviour is a violation of the trust that the public put in the police to serve and protect them.

“He has let down victims and his colleagues who carry out an enormous amount of good work with victims of serious offences every day.

“He has let down Sussex Police, the people of Sussex and vulnerable victims who must be able to trust those they turn to for help.” 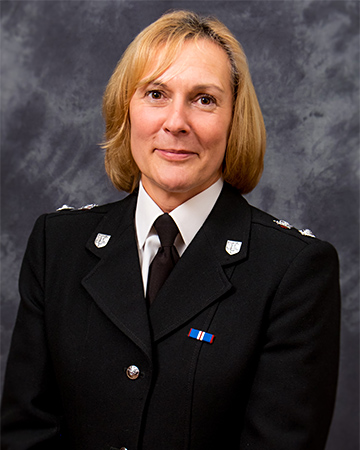 Chief Superintendent Bell, the former Brighton and Hove divisional commander, added: “Protecting vulnerable people is a key priority for Sussex Police and we have a responsibility to recognise abuse of power as a distinct area of corruption which deflects from the honourable work of our officers.

“For any member of the police service to pursue a sexual or improper relationship with a member of the public by using their role to gain an advantage is an abuse of their position and a form of serious corruption.”

She said that there were proper reasons for the long period of suspension, saying: “Suspension is a neutral act and can be done for a number of reasons – primarily to ensure the integrity of an investigation, prevent interference with evidence or witnesses or because it is in the public interest to do so.

“Suspension must be considered on a case by case basis – not least because the officers are being paid to work from taxpayers’ funds – and the alleged breaches of the standards of professional behaviour must be taken into account.

“However, sometimes, as on this occasion where the investigation was led by another agency and was also the subject of a criminal investigation, the time taken to conclude matters is not within our control.

“Similarly, the policy around payment while suspended is governed by terms and conditions set out in law by Parliament, known as Police Regulations.”