A homeless hub to help new rough sleepers off the streets in Brighton has been granted planning permission.

The hub is intended to provide overnight beds for up to 15 people in King’s Road, Brighton, behind the Queen’s Hotel.

Plans to convert the building were submitted by Brighton and Hove City Council last year and approved by the council’s Planning Committee at Hove Town Hall on Wednesday (5 February).

The seafront building is to become a homeless assessment hub to support people who are new to rough sleeping and provide them with short-term accommodation and a “crash pad”.

The had looked at 10 properties over 18 months in its search for a suitable building, with some too big and others, in more residential areas, facing opposition from neighbours.

Green councillor Tom Druitt, who represents Regency ward, told the Planning Committee that he understood the concerns of people living near by.

But, he said, something had to be done about the number of rough sleepers on the streets.

Councillor Druitt said: “We’re all very lucky we can all go home tonight to a warm house and have a hot bath and go to sleep in a comfy bed.

“Many in our city, as you know, aren’t so lucky. It’s a crying shame that we as a city council have not yet been able to solve this problem despite many, many attempts.”

He said that he had spoken to rough sleepers about the problems that they had faced with hostels and other accommodation.

And he said that the council should do everything that it could to solve the problem, adding: “There is no good place for a facility like this. Everywhere we try to put it … we will have objections.

“But really should it be behind everyone at the back of beyond where nobody can see it. Do we hide these probems? Why shouldn’t a homeless person have a facility on the seafront when everyone else can rent or buy on the seafront.” 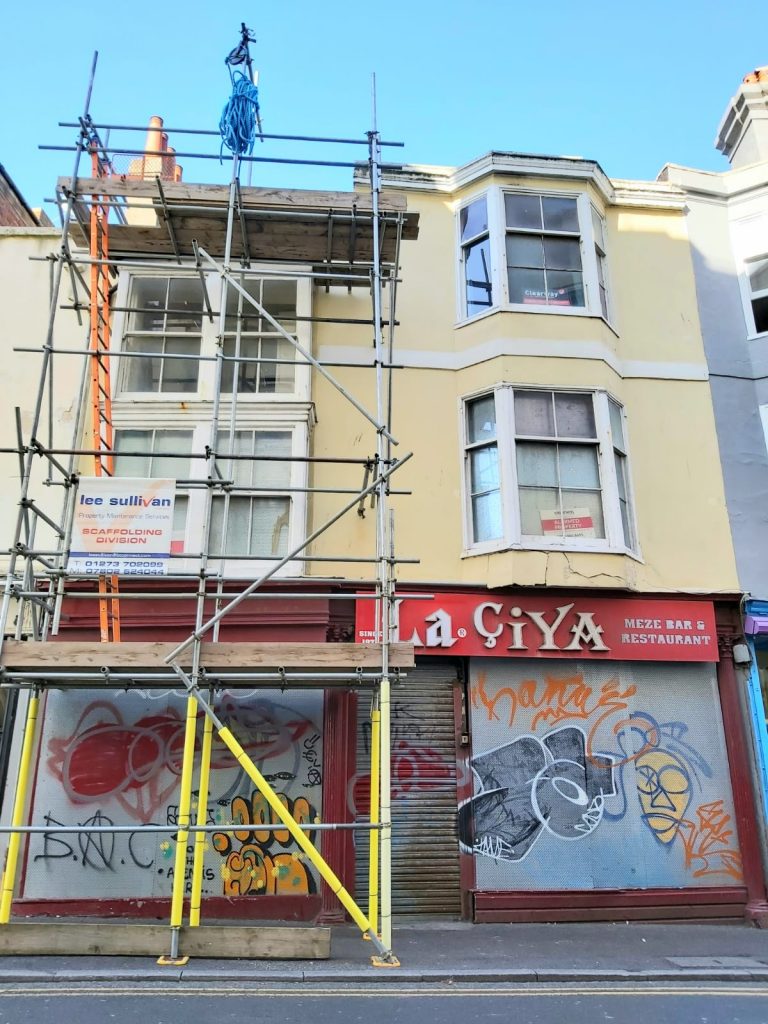 Independent councillor Tony Janio said that he was concerned for people on the streets who had drink and drug problems and questioned whether putting them in a “cauldron” of drink and drugs was the best idea.

He was told that the longer someone is on the streets the more likely they were to develop drink and drug problems – and the purpose of the hub was to get them off the streets quickly.

Councillor Janio said: “I’m a big fan of getting people off the streets and helping them but I don’t think this is the right place.

“Once people know the facility’s there, their so-called friends who remain on the street with drink and drugs might congregate there and say, what you need is another fix.”

Labour councillor Daniel Yates said that the application was dealing with one of the most important issues in the city.

He said that it was hard to find any location in Brighton and Hove that was not near an off-licence.

Councillor Yates said: “It’s a challenge. We try the outskirts of the city and get accused of bringing people to an area which is going to attract drink. Or we are taking people to drink.

“The fact is this is about taking people away from drink. It is about giving them the opportunity to live a healthy and longer life, with secure accommodation and better life chances overall.”

Labour councillor Nick Childs said that homelessness was a massive issue in the city and the hub would help people.

He said: “This is a good place for a facility like this. It is in the heart of the city where there is a high level of rough sleeping.

“It will give us an opportunity to reach out to where those rough sleepers are, particularly those who have become homeless recently.”

Conservative councillor Carol Theobald asked if there was priority for local people.

She was told that the hub was for people new to rough sleeping and more than half of those arriving in Brighton had no local connection – but support workers would help “reconnect” people with their home area.

Councillor Theobald said: “There does seem to be a lot of rough sleepers in that area. I would prefer to have priority for local people.

“I do think this is an excellent facility in a central location. It would improve the rundown property that’s there.”

Green councillor Sue Shanks said: “It’s good to see this coming forward. It’s sad people object to people sleeping on the streets and also object to them sleeping in a building.”