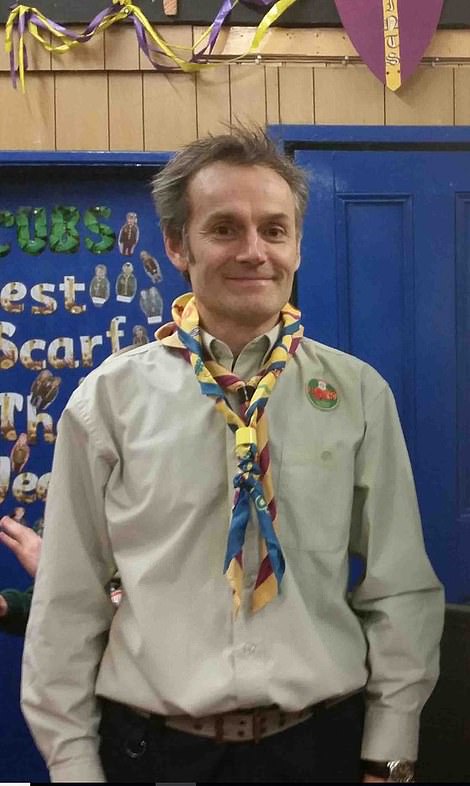 The Hove father who is at the centre of a UK outbreak of coronavirus has thanked the NHS, friends family and colleagues for their support.

Steve Walsh, a scoutmaster who leads the 3rd Hove St Leonard’s scout troupe, told the Mail he contacted the NHS as soon as he realised he had been exposed.

He says he has now recovered – and says his thoughts are with those he unwittingly passed the virus onto.

Speaking from hospital, he said in a statement: “I would like to thank the NHS for their help and care – whilst I have fully recovered, my thoughts are with others who have contracted coronavirus.

“As soon as I knew I had been exposed to a confirmed case of coronavirus I contacted my GP, NHS 111 and Public Health England.

“I was advised to attend an isolated room at hospital, despite showing no symptoms, and subsequently self-isolated at home as instructed.

“When the diagnosis was confirmed I was sent to an isolation unit in hospital, where I remain, and, as a precaution, my family was also asked to isolate themselves.

“I also thank friends, family and colleagues for their support during recent weeks and I ask the media to respect our privacy.”

A spokesperson for his employers Servomex, which organised the Singapore conference Mr Walsh attended where he contracted the virus, said: “We are very pleased that Steve Walsh has made a full recovery. We continue to provide support to him and his family.

“We are working with Public Health authorities to ensure the welfare of our staff and communities and wish anyone with the virus a quick and full recovery.”

A spokesman for the Scout Association said: “We are aware that Steve Walsh from the Brighton area who volunteers with the Scout Movement is suffering from coronavirus. He contracted the virus while out of the UK.

“This volunteer has not been to any Scout meetings since his return to the UK.

“We wish Steve well and hope he recovers soon.”

Mr Walsh is thought to have passed the virus onto eleven confirmed cases while he was in France – and possibly more in the UK as he unwittingly came into contact with scores of people after leaving Singapore.

Four of those he passed the virus onto are from Brighton and Hove. They are Dr Greenwood and three men, one of whom is a healthcare worker.

He also passed it to one other person in the UK, one person who is now in Mallorca and five UK nationals in France – one of which is Dr Greenwood’s husband Bob Saynor and another their nine-year-old son. None are said to be in a serious condition.

So far, the places in Brighton and Hove affected are:

He said “contact tracing” run by PHE was”working very well”, adding: “A small number of them will be patients who these healthcare workers have been involved with treating but it is actually a relatively small number.

“There is not a general risk to any patient of the NHS in that area. We will be – and have already been – identifying the people who have been in particularly close contact.”