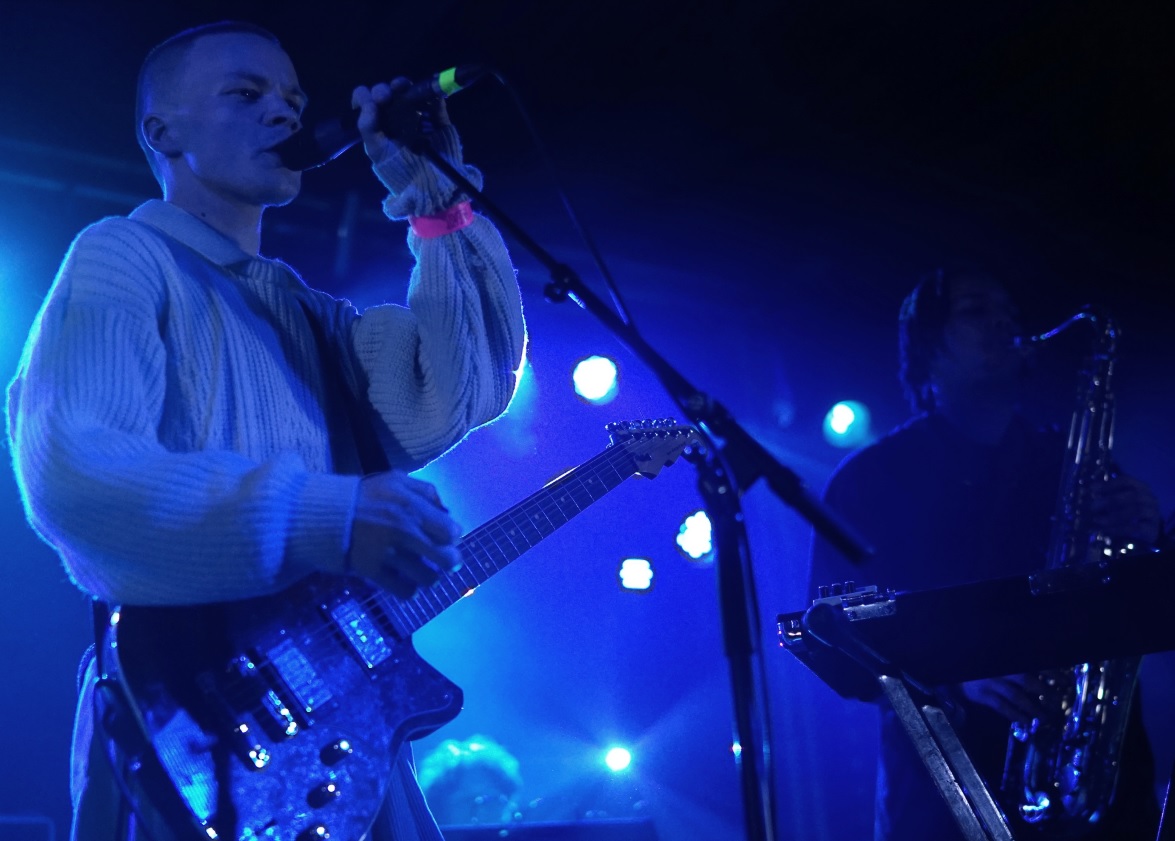 As you walk down to the Concorde in Brighton on a windy night, you kind of wonder what music genre Black Midi would class themselves as belonging too, with their eccentric jazz infused sounds and mysterious oddity. The word avant-garde springs to mind!

Black Midi are a four peace ‘Brit School band’ and formed in London in 2017 and consists of band members, Georgie Greep, Matt Kvasniewski-Kelvin, Cameron Picton and Morgan Simson. The guys have recently released their debut album ‘Schlagenheim’ on Rough Trade records which was shrouded in mystery before its release.

Their enigmatic weird single ‘bmbmbm’ was released in summer of 2018 and features sample sounds of a ‘Big Brother’ contestant having tantrum in the ‘Diary Room’ and since its release has been played at every show. With taking this in mind the Concorde 2 filled quickly with the highly anticipating audience. 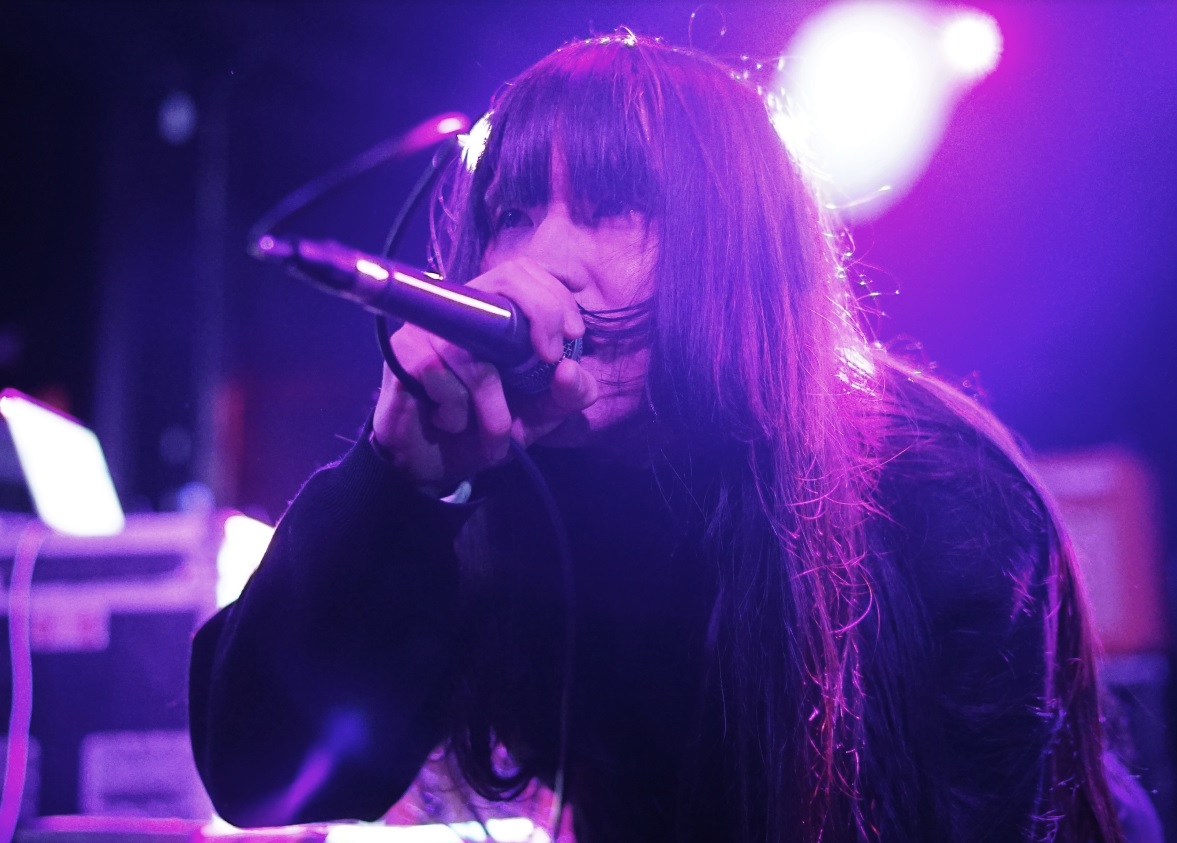 In stark contrast to the psychedelic band ‘Bo Ningen’ tonight support comes from the lead singers, ‘Taigen Kawabe’s’ side project called ‘Ill Japonia’. His style very much a Japanese influenced and inspired hip hop soundscape with a PowerBook in-hand to create his futuristic beats to his anime lyrics. Some are sung in English and some in Japanese. Swaying from side to side rapping his verse in an expressive style, Taigen proclaimed, “he moved to London fifteen years ago and did not know music and Black Midi are the best.” His debut EP ‘Ill’ has just recently been released. 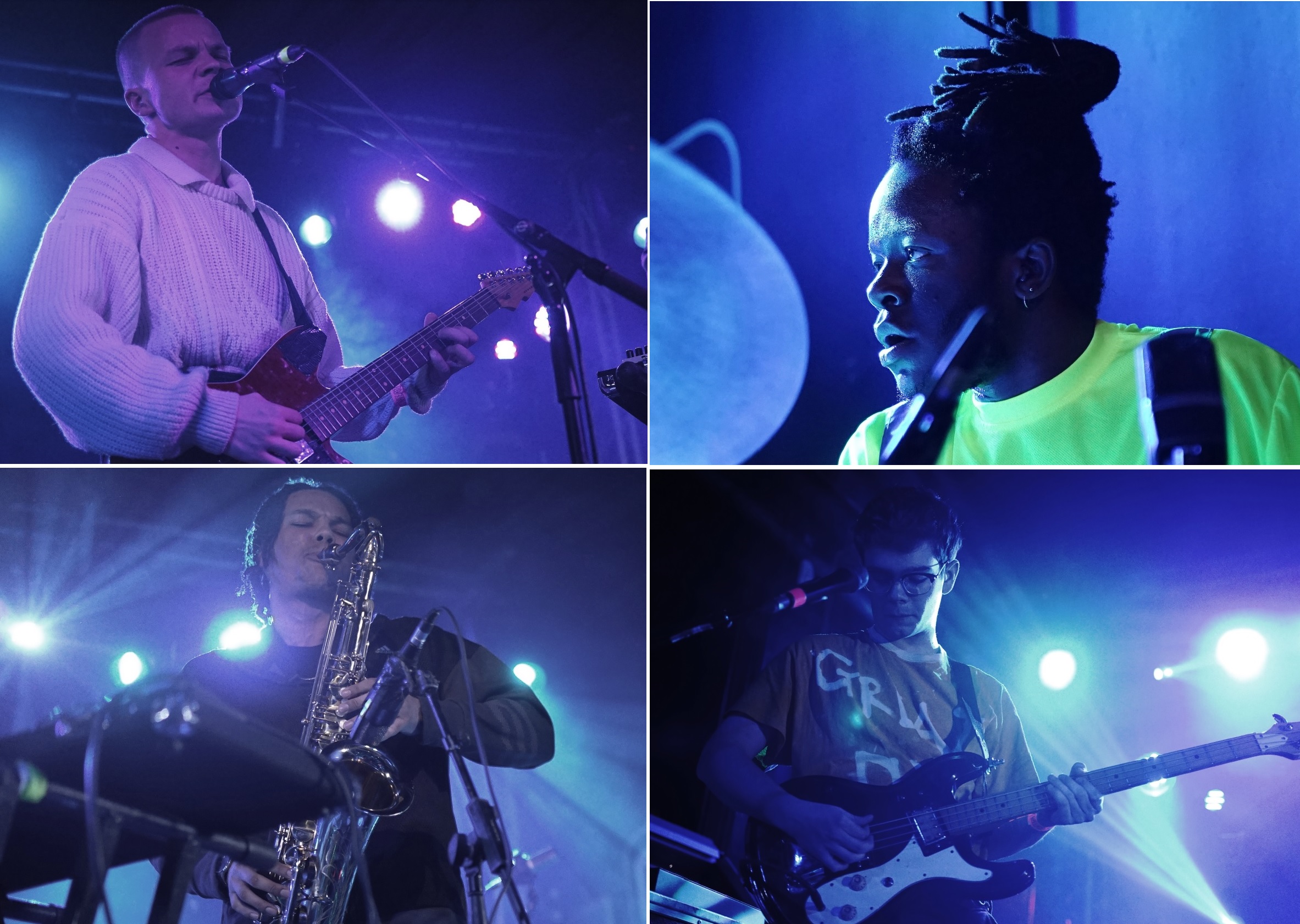 Black Midi’s energy is reflected in tonight’s audience with the set beginning with a new and unknown song ‘John L’ and ‘Speedway’ taken from the ‘Schlagenheim’ album. Swiftly following on to the crowd favourite ‘Reggae’ with the audience soon started moshing and pogoing with a frenzy! With Each track being played quickly in succession, but stylistic, masterfully performed, you can see how the band has built up a hype very quickly with the gig going community to create a new sound of noise and mystery.

Black Midi are quite shape–shifting in style with each song with persecution evolving and leading on to the next wave of sound. The band is not very talkative throughout and the one hour set, which quickly and abruptly ends. Thus making you want to hear more of the same! Black Midi are certainly a band to watch out for in the near future to see how they evolve! 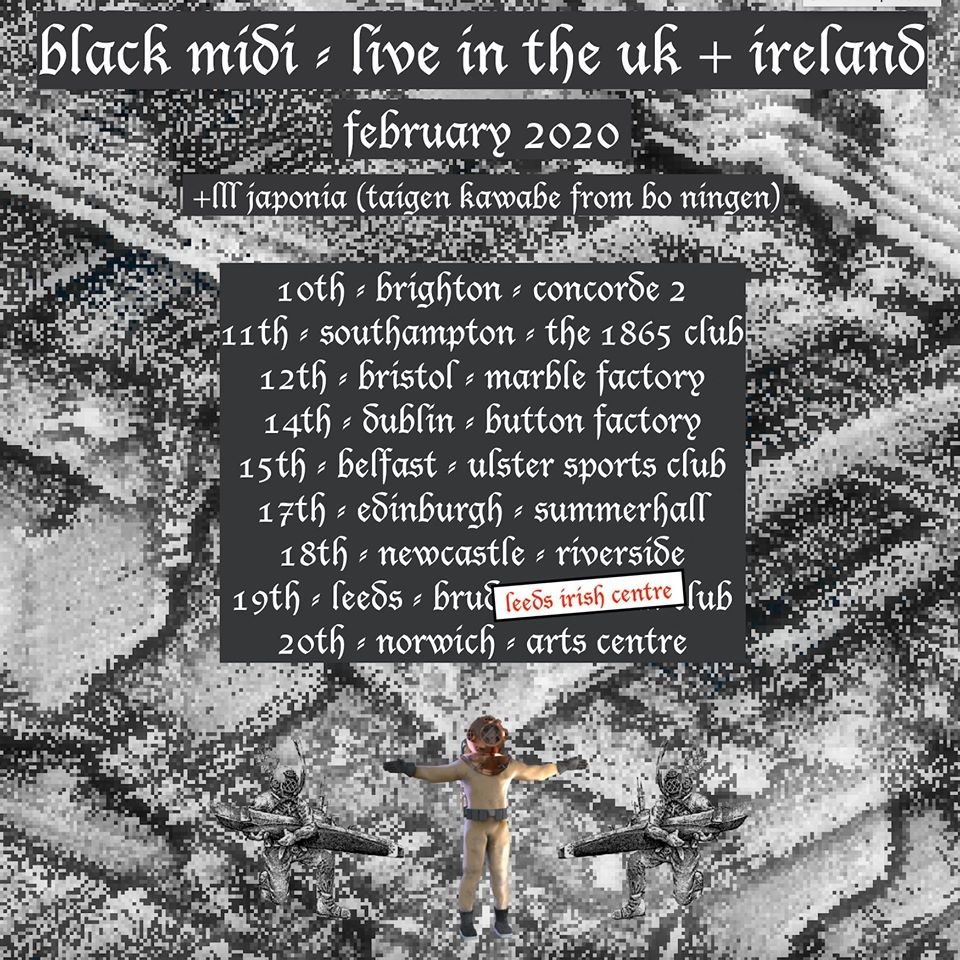