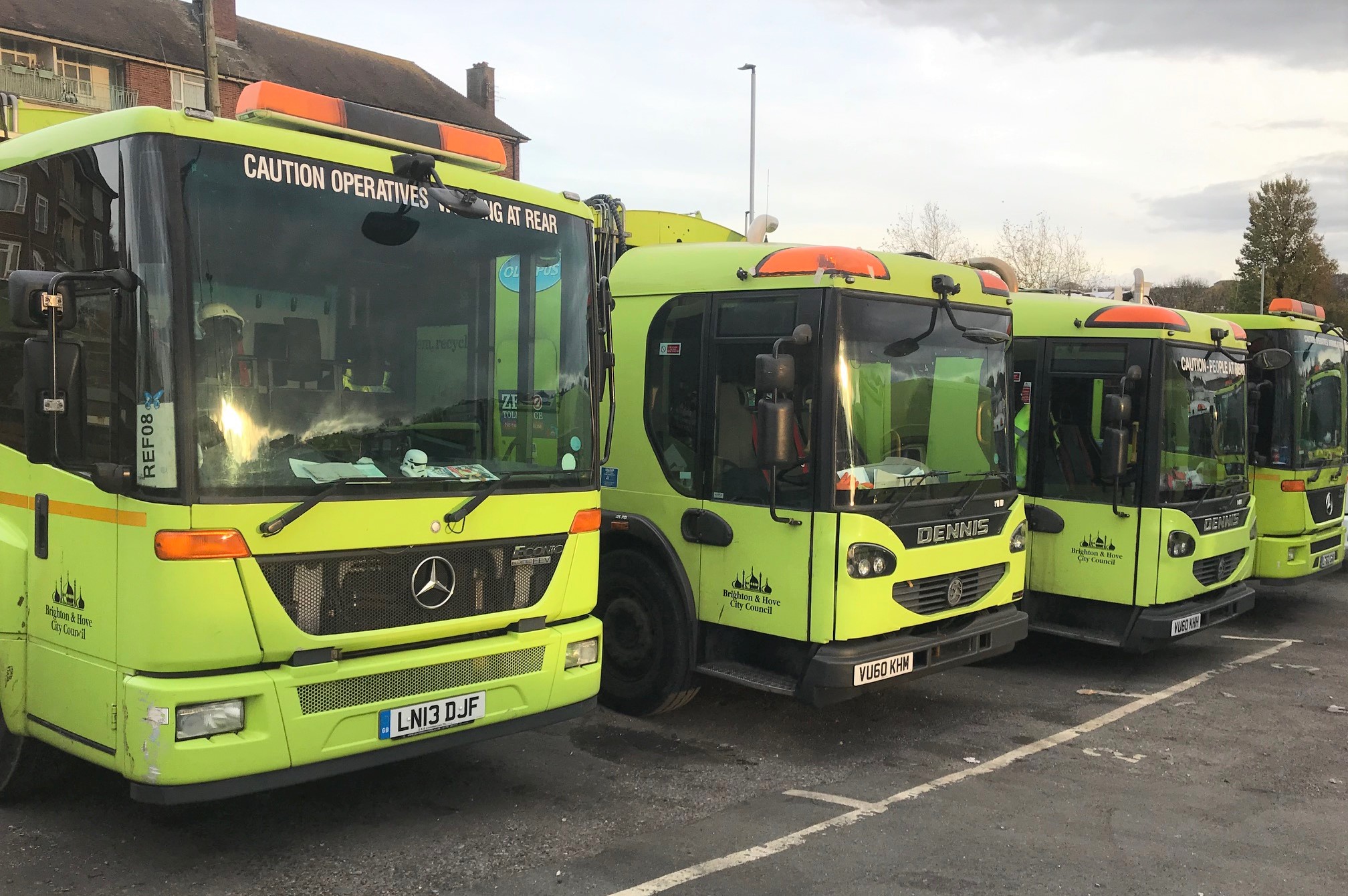 Binmen who have been locked in dispute with the council over alleged anti-union activities have today said they are withdrawing the threat of industrial action.

Both council chiefs and the GMB union, which represents Cityclean workers, said today that talks had taken a positive turn.

The dispute flared up in summer 2018, when GMB accused Brighton and Hove City Council’s top officers of anti-union bias.

Since then, council and union chiefs have been locked in secret talks with ACAS – so hush hush that councillors have not even been given proper updates on their progress.

An externally commissioned report into relations cleared senior council management of bias. And Unison, which also represents staff in Cityclean, lodged a collective complaint alleging political favouritism towards GMB, of which several Labour councillors are members.

Unison members are reported to have felt unsafe because of action taken by GMB reps.

Meanwhile, the service has been hit by a fire at the Hollingdean depot, broken down lorries and staff shortages, leading to rubbish regularly piling up around the city.

Today, council chief executive Geoff Raw said: “This is a step forward for Cityclean staff. We know it’s been difficult whilst talks have been taking place but both myself and GMB are determined to improve joint working practices and work harder to investigate and resolve matters before they escalate.”

Council Leader Nancy Platts added that she was confident Cityclean staff would see changes at the depot.

She said: “The lifting of industrial action is great news and I thank the GMB and officers for taking part in the ACAS talks alongside me, which have resolved this matter.

“There is still work to do and the changes we need to make will take time, but managers, staff and trade unions are committed to working together to make improvements for the benefit of our residents and visitors to Brighton and Hove.

“I’m really keen to see a new long-term strategic plan for Cityclean that will demonstrate how the service will improve. One that all Cityclean staff are actively involved in developing with managers, right from the start.

“We know people are unhappy with the inconsistency of the bin collection service, we are listening and we can see for ourselves. We know people want to see better value for their money and they will.”

Mark Turner, GMB Branch Secretary said he was optimistic that there would be meaningful engagement between management and the workforce.

He said: “GMB is now prepared to withdraw from the industrial action process. Industrial action is always a last resort and something we have always wanted to avoid for the good of the residents and our members – today we believe we have achieved that.

“The talks that have been taking place have been positive and constructive. I too have confidence in the organisational change that we have jointly agreed however a stable management team is vitally crucial to this process along with positive engagement with our local representatives and members.”