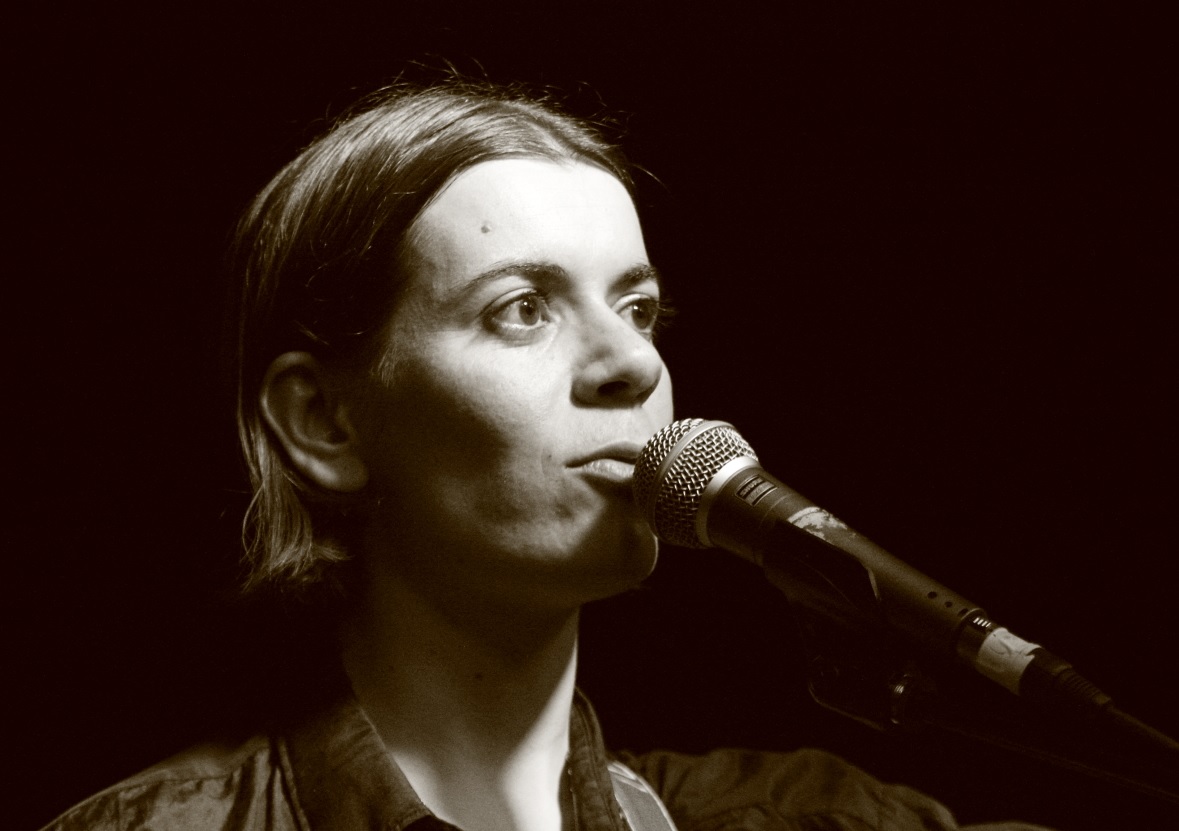 Liz Lawrence commences her UK tour to promote her current album ‘Pity Party’ with a sold out show at The Prince Albert in Brighton. Her single ‘None of My Friends’ has received a lot of airplay on BBC6 Music, so perhaps the full venue shouldn’t be a surprise. Support act Amelia Caesar is surprised however by how many people have turned up early to see her, and is visibly nervous, but not audibly so. 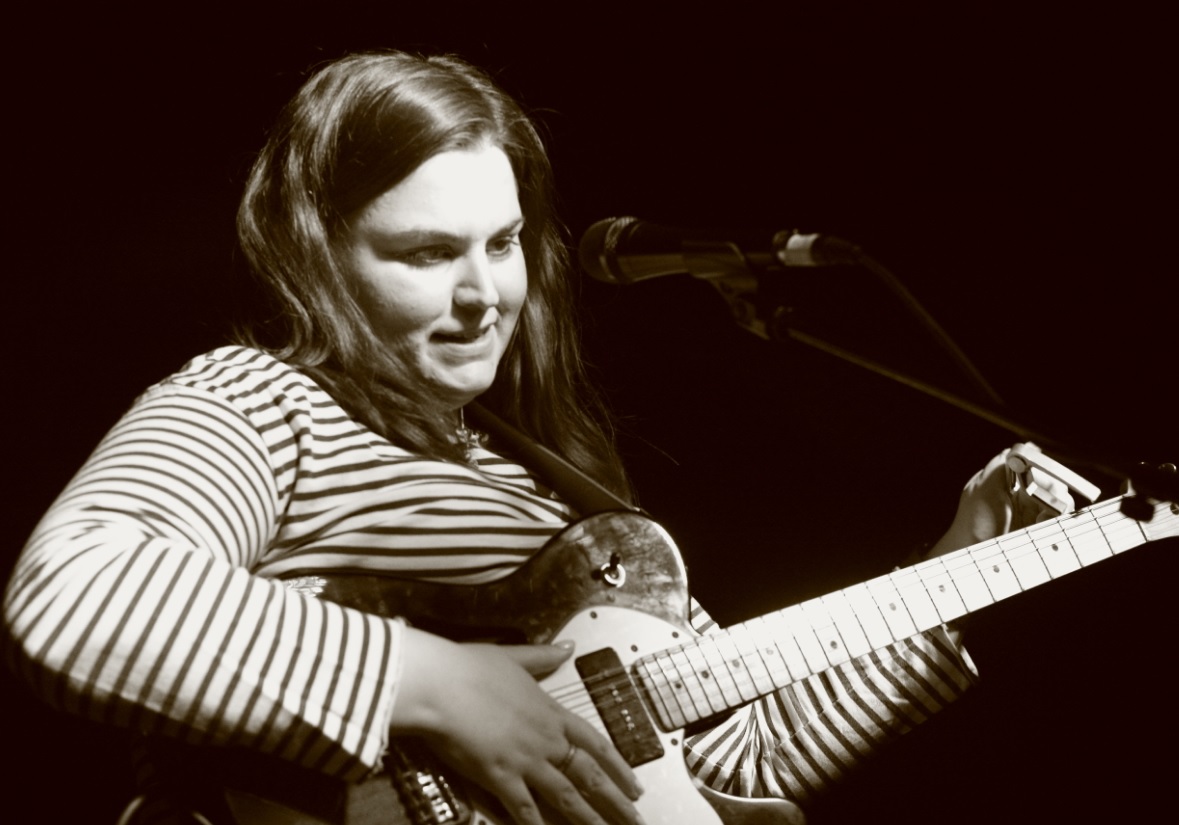 Amelia is a solo singer-songwriter, and her really rather superb singing is accompanied mostly by delicate finger-picking on her Telecaster. She also uses digital loops, but unfortunately the switching on and off of said loops is a bit clunky. She is far more effective when she just accompanies herself on guitar. Proof, should it be needed, that sometimes less really is more.

Amelia’s songs are mostly positive, apart from the passive-aggressive one about how much she hated student life and how horrible her housemates were. Apparently Amelia has recorded very few of her songs so far. We’re missing out here: get on with it girl!!! 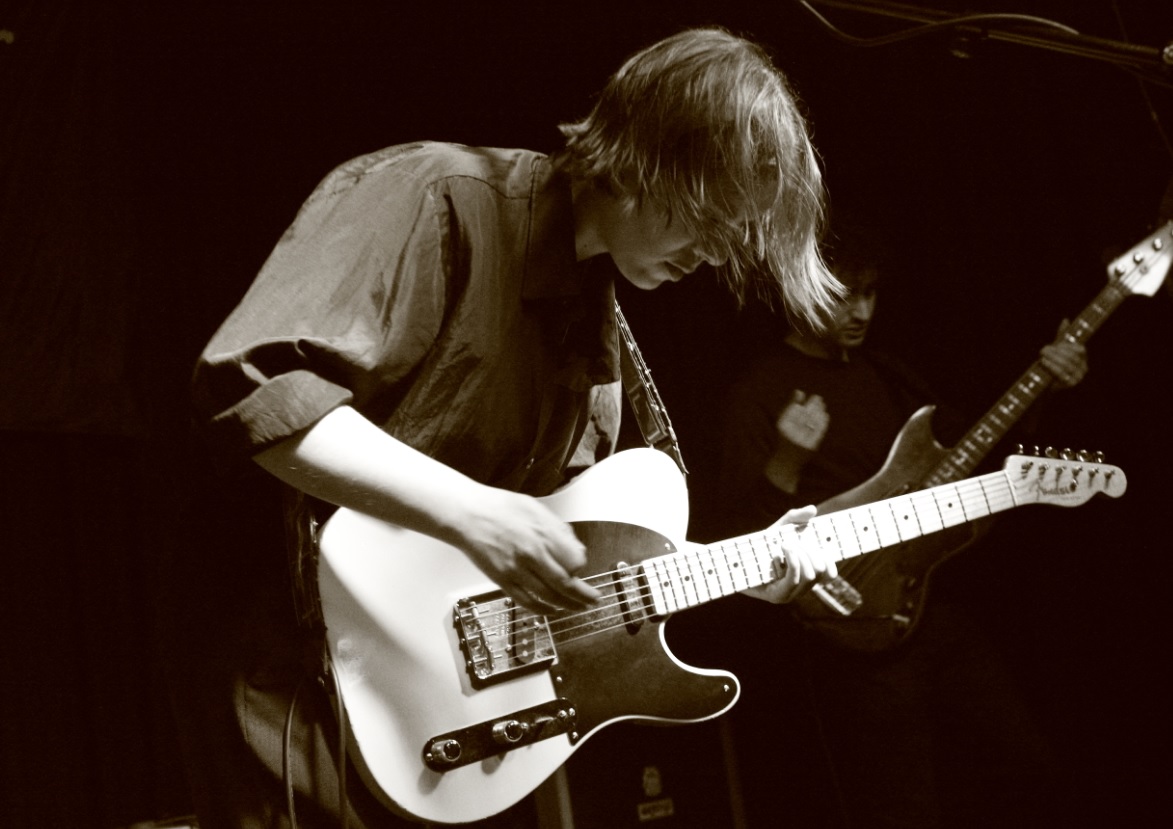 Liz Lawrence takes to the stage clutching her Telecaster and is backed by a rhythm section consisting of a bassist and a drummer equipped with both acoustic and syn-drums. Tonight is their first gig together, but there is no sign of nerves. On the contrary, they have bags of attitude and confidence to spare, and give the impression that they’ve been playing together for years. Liz herself looks as cool as with her fringed jacket, and has all the guitar hero moves. That’s not all, when she solos she proves that she has the chops to back up the moves as well. 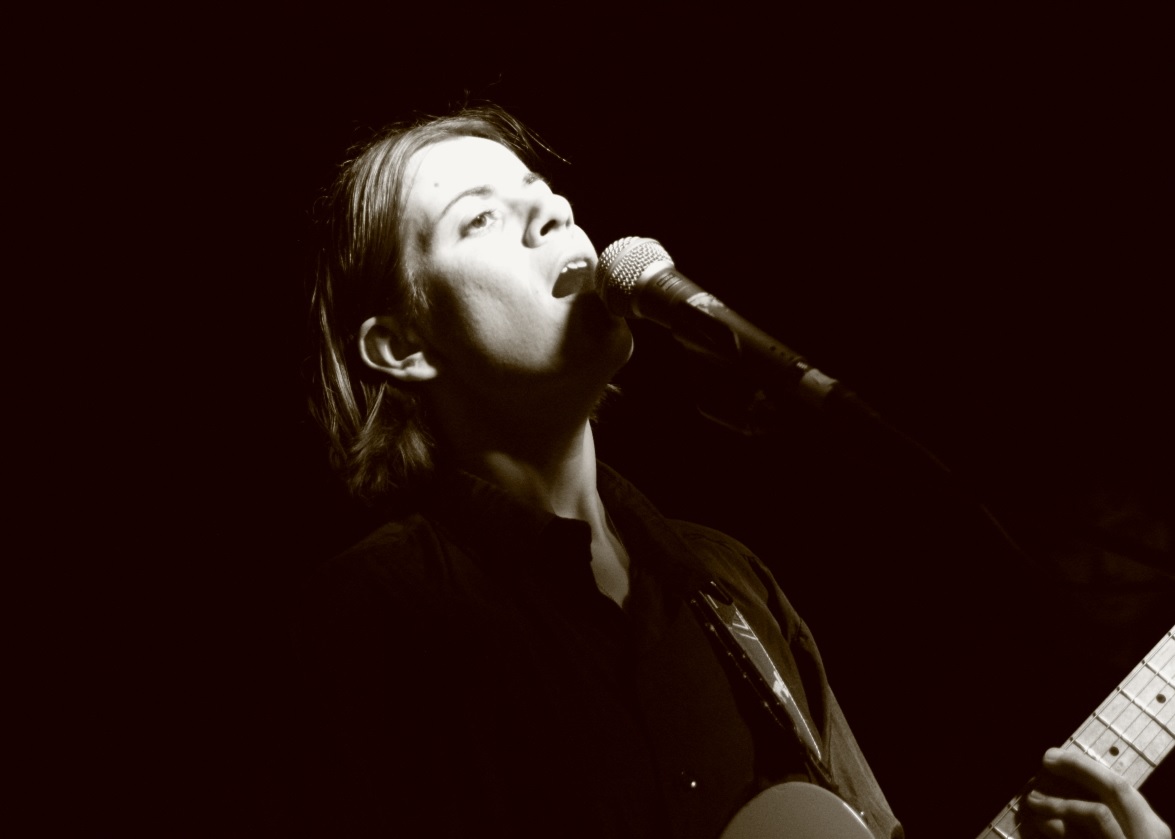 We get every track from ‘Pity Party’ with the exception of ‘Shoes’. The aforementioned ‘None Of My Friends’ is greeted with a roar of recognition that one would expect to accompany a top ten hit. The fact that it wasn’t one doesn’t mean that it shouldn’t have been. A superb song, it’s one of the most quietly disturbing commentaries on 21st Century life that I’ve heard.

The band’s live delivery is far punchier than on record. In addition to the band line-up, Liz triggers samples that provide a background wash, rather than in any way dominating the work of the musicians on stage. Everything sounds electrifyingly fresh. The band is taut, sinewy and muscular. As first gigs go, this is beyond assured. After a solo finger-picked encore called ‘Woman’, Liz leaves the stage fifty minutes after her set started. What an engaging and positively exciting fifty minutes though! I suspect that come the summer, Liz Lawrence will be conquering festival stages almost by force of habit. Her future starts here. 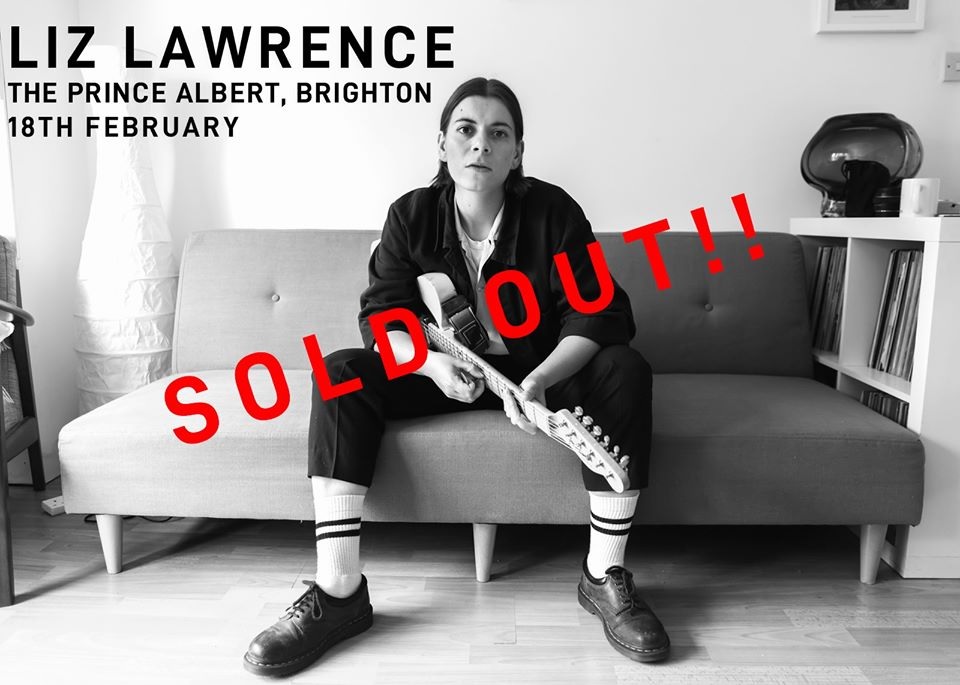 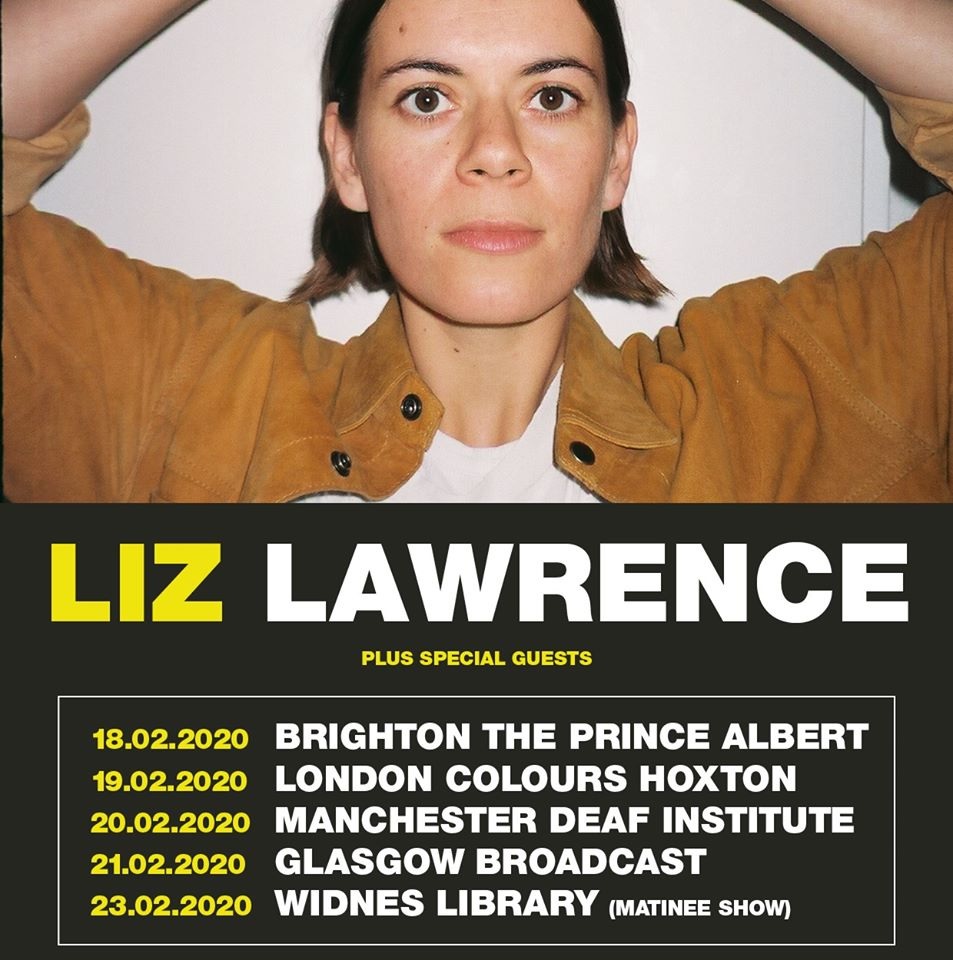