It’s really great to see a programme promoting women in Brighton and Hove, not just one event but a whole season! More of this please, and thank you to The Old Market in Hove for pushing the boat out with an amazing array of events and activities about, for and by women in the first quarter of 2020.

The programme which debuted for the first time in 2019, and titled Reigning Women, has a really varied programme ranging from dance, to music, film and talks, so there’s something for everyone. 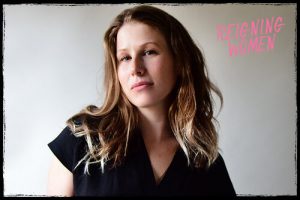 I had originally planned to share this article to write about going to see author and campaigner Caroline Criado Perez (as part of this programme), she of campaign the Women’s Room project to encourage female experts to be better represented in the media.

She followed this up with a very public outcry about the removal of the only woman from British banknotes (other than The Queen), leading to the Bank of England’s swift announcement that the image of Jane Austen would appear on the £10 note by 2017. and then just for a hat trick, set up a petition for a public sculpture of a woman (given how few there are) in Parliament Square, London; the statue of Millicent Fawcett, as part of the centenary celebrations of the winning of women’s suffrage in the United Kingdom.

Quite some dame… But her event discussing her book Invisible Women is sold out. So there’s no point in going on about how fascinating and inspiring a night it is going to be!

So I thought I’d talk about some of the other great dates coming up through Reigning Women including an upcoming three night run by Brighton-based Turkish choreographer Ceyda Tanc in a piece originally commissioned by Brighton Festival two years ago.  The performance entitled KAYA explores human experiences of displacement, by creating dynamic dance influenced by her Turkish heritage and celebrating Britain’s diverse cultures – much needed at this challenging point in our history. 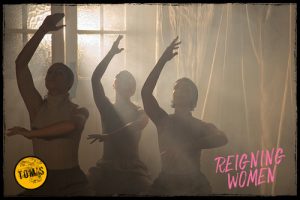 Ceyda formed Ceyda Tanc Dance in 2012 and has gone from strength to strength in that time with her company, fusing traditional Turkish folk dance with her own choreographed contemporary style, utilising the virtuoso movements of male Turkish dancers for her all-female company. This residency comes with support from two other contemporary dance artistes, so there’s a lot for your ticket price and a chance to see some innovative work out of the chaos of the May Brighton Festival allowing a chance for greater depth and reflection.

Another highlight would be Losing the Night crafted by award winning poet and playwright Cecilia Knapp who has performed her work all over the UK and internationally. An ambassador for  C.A.L.M (The Campaign Against Living Miserably) a charity that aims to reduce the silent stigma around depression, mental health and suicide, Cecilia has used this opportunity to create a story seen through the eyes of two people about their own experiences of life, loss and mental health challenges at the beginning of this new decade.

This performance provokes challenging but much needed conversations about the impact of depression on those who suffer and those who deal with the fall out of that. Knapp has been featured in Vogue as one of the UK’s young poets to watch and whilst the subject matter might not feel like a fun night out, I guarantee that you will come away moved and thought provoked from the show in ways you didn’t expect at all. 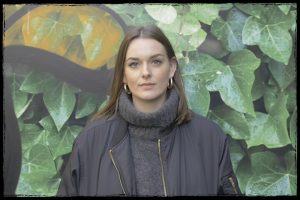 There are loads of other activities coming up, but far too many to cover here. Subtitled Celebrating women in all their kick-ass glory, this range of bespoke events at The Old Market really has something to offer all discerning viewers and I say Use it or Lose it.

We really need this kind of forward thinking programming to put Brighton (well Hove actually) on the map, so roll up roll up and come and have your brain tickled and your cockles warmed. See you there!

The Old Market is at: