Brighton…get ready to rock with Stonefield 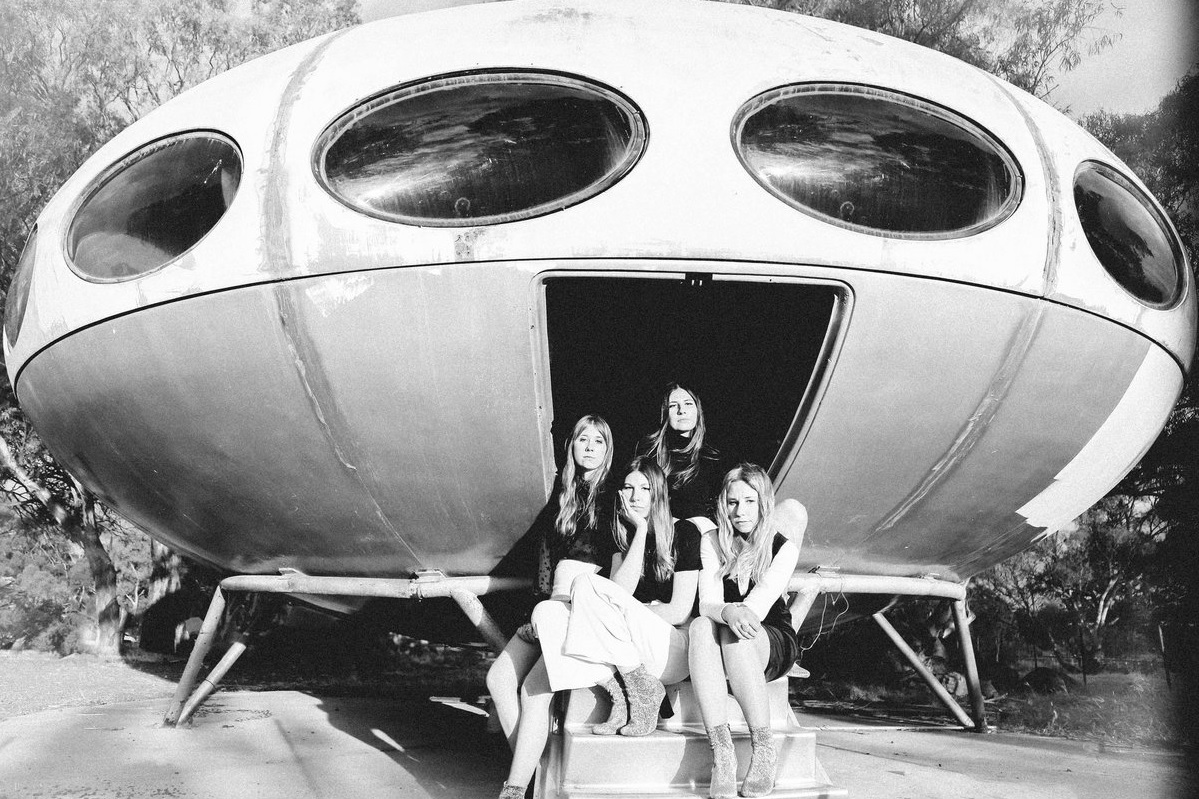 Stonefield are heading to Brighton

Stonefield have announced that they will be returning to Brighton and will be performing at CHALK on Tuesday 17th March.

Acid Box Promotions are putting on the gig and have secured two special guests in the form of Sleep Eaters and Sit Down.

Tickets can be purchased from CHALK, Seetickets, Dice, and Resident Brighton. 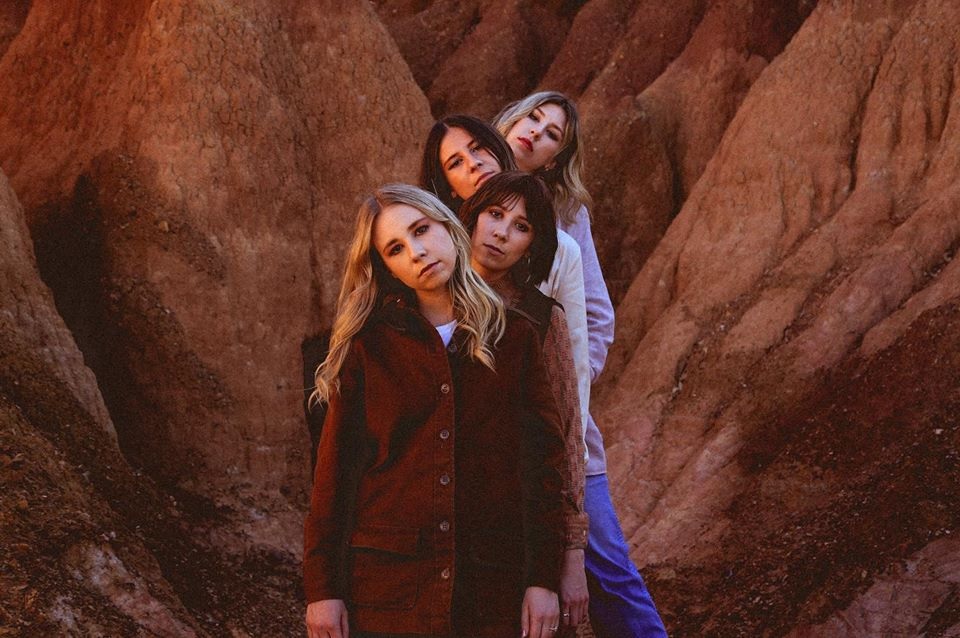 The Findlay sisters are Stonefield

What a year it’s been for the Findlay sisters, storming The Great Escape back last May, plus a stunning new album ‘Bent’ and a sold out tour with Flightless Records label mates King Gizzard & The Lizard Wizard.

From practicing in their family shed as teenagers in rural Australia, to touring the world with Fleetwood Mac, Black Rebel Motorcycle Club, King Tuff, and King Gizzard, it’s been a strange trip for the four Findlay sisters. As Stonefield, they’ve got three albums and thousands of miles under their belts, plus plenty of perspective on what it’s like to fight to make a place for themselves, and tell their own story.

Written largely on the road in America earlier this year, the songs on ‘Bent’ are filled with reference and reflection—the kind that comes from months spent far from home, living on four wheels. The surreal isolation of trudging through white-out snow and snaking down deserted highways served as the perfect backdrop for the band to look inward, taking stock of the journey they’ve taken thus far as musicians, and as people. “It’s a culmination of experiences, emotions, and stories collected over time,” explains lead singer and drummer Amy Findlay, “A growth of honest, raw, energy that has been burning within us and waiting for its moment.”

Recorded in just five days with Joe Walker and Stu Mackenzie from King Gizzard at their studio in Melbourne, the album is almost 100% live. Besides being an impressive feat and the flexing of a confident band operating at the height of their powers, that immediacy lends the album a distinct, crackling energy—thunder, lightning, and muscle-bound horsepower. ‘Sleep’ opens the album with guitars covered in five inches of sludge and distortion and something that sounds like a far-off siren, or the high-pitched howling of the wind. It serves as a warning, a call to arms, kicking things off with a next-level version of the massive, unholy racket the band has become known for over the course of their last three albums.

The sonic inspiration taken from listening to Black Sabbath, Beak, Deep Purple, The Alan Parsons Project, and Mike Oldfield inject ‘Bent’ with its sternum-shaking heaviness and ever-present swagger, but also its exploratory fearlessness—letting the songs loose to twist and turn, sticking to no one’s rules but their own. Take the proggy, keyboard-soaked intro at the top of ‘People,’ or the cheeky combination of tinnitus-inducing hard rock and hip-shaking boogie at the core of ‘Dead Alive.’ ‘Don’t make me think I’ve lost control / I know exactly what you said / Don’t make me think it’s in my head,” Amy sings during the latter, keeping the lyrics as defiant as the music.

Check out Stonefield on their Bandcamp page – Stonefield.bandcamp.com 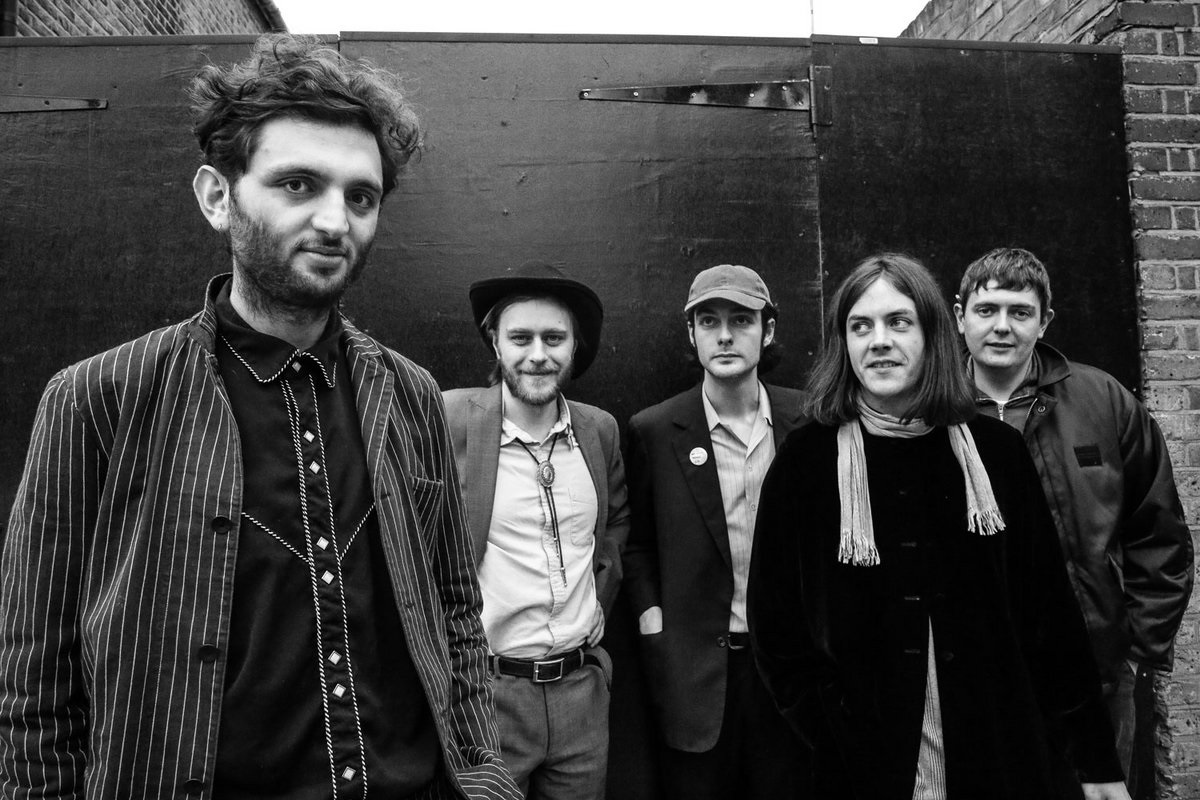 Sleep Eaters
South London band Sleep Eaters recently signed to PNKSLM Recordings, just dropped their debut EP ‘Holy Days’. They had a Rough Trade East in-store show a day before the release and they sold out of the first run of limited vinyl in 48 hours in-store. Then had a headline at Studio 9294 for Bad Vibes which was packed out. They recently got back from a two week long tour support for Drahla’s album tour. They also toured with Froth in September and Flamingods in October.

The band have tearing up the UK circuit supporting the likes of LA Witch, Crows, The Murder Capital, Sugar Candy Mountain, LICE & Mellah to name a few. Recently played Portsmouth Psych Fest, Isle Of Wight, Left Of The Dial, Another Fest & more and have had some great press on the debut EP from the likes of Fred Perry, Brooklyn Vegan, BBC, CLASH, So Young & much more. 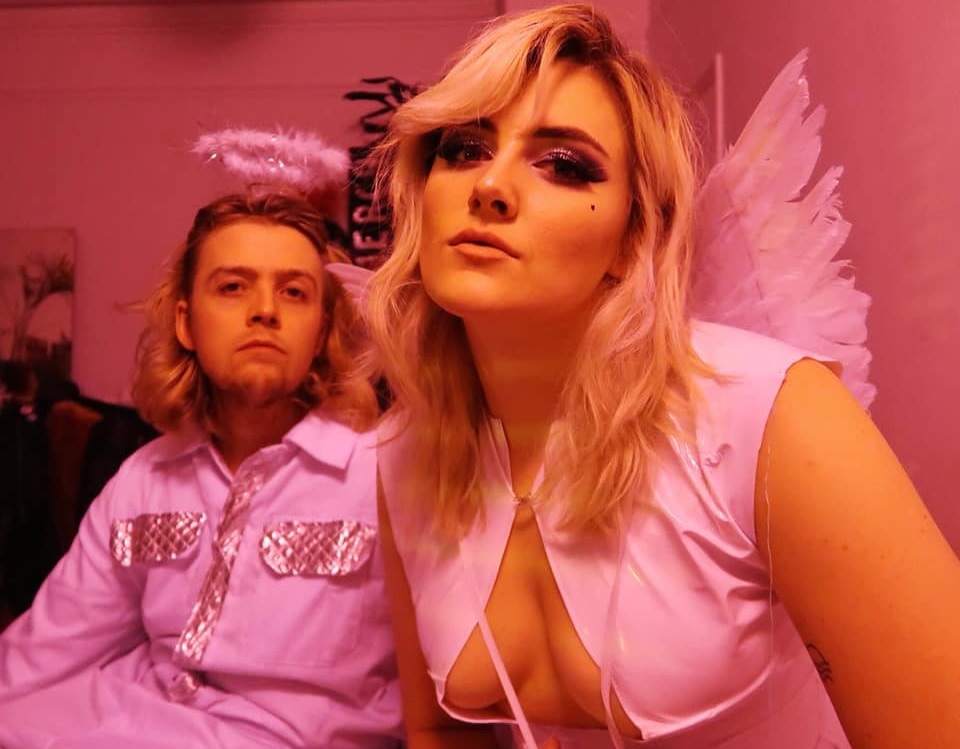 Sit Down
The most ferocious and exciting duo in Brighton, back with brand new music and their first live show in quite some time! Summoning fiery garage rock with infectious energy and acid-tongued wit, Sit Down forge their own brand of art rock that borders on doom, hip hop, and everything in between. Since their debut in early 2017, drumming frontwoman Katie Oldham and guitarist Greg Burns have refined a signature electrifying sound, with elaborate stage shows and homemade outfits becoming something audiences have grown to eagerly anticipate. 2018 saw the duo go from strength to strength, self- releasing their first EP, supporting the likes of Drenge and performing at Reading and Leeds Festivals for BBC Introducing.

Check them out on Bandcamp – sitdownyeah.bandcamp.com 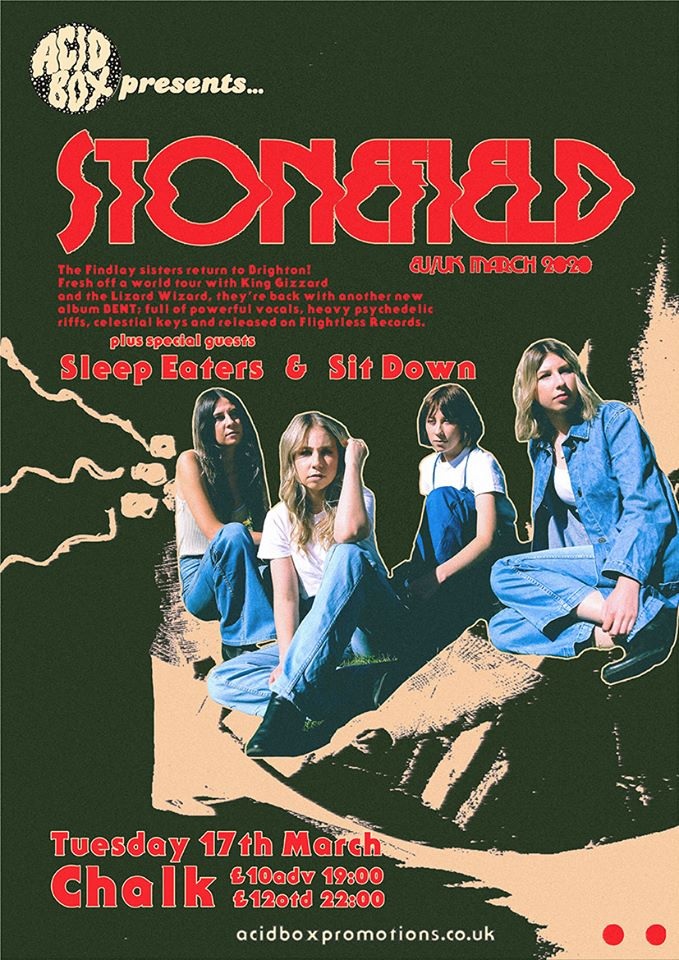